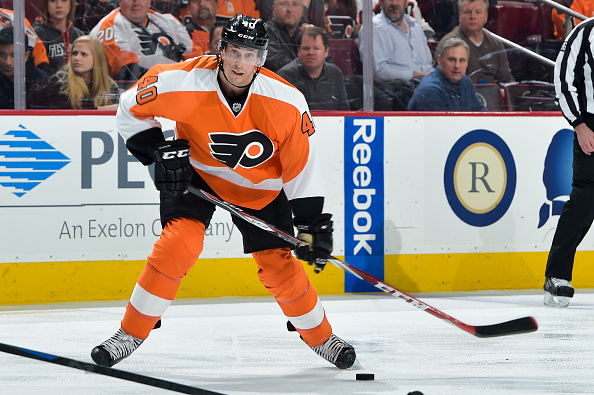 Today it was announced by Elliote Friedman of Sportsnet that the Philadelphia Flyers are trading Vincent LeCavalier and Luke Schenn to the Los Angeles Kings for Jordan Weal and a 2016 3rd round pick.

Lecavalier and Luke Schenn for Weal and a third

It was also announced courtesy of Renaud Lavoie of TVA that LeCavalier would be retiring at the end of the season. The move is rather puzzling, as the Kings seem to be set on defense and their young players are doing an admirable job filling their forward depth.

Vincent Lecavalier will play for the #kings for the rest of the season and intend to retire at the end of it. Last season in the NHL.

So who is the winner and the loser in this trade?

It would seem that the Flyers win this trade going away. They lose two big contracts that have hampered them for quite a while. They ultimately will be shedding $7.5 million next year and are doing it with the addition of Jordan Weal and the 2016 pick.

You may also be asking yourself, what is a Jordan Weal? Weal is a diminutive scorer, who last year in the AHL scored at a near point per game pace. Not to mention that he is only 23 years of age, it could turn out that he is in fact the Weal deal (I’m so sorry).

The deal seems very odd at first glance but this could be the first move in a series of moves around the NHL, making the next couple months before the trade deadline quite an exciting time.