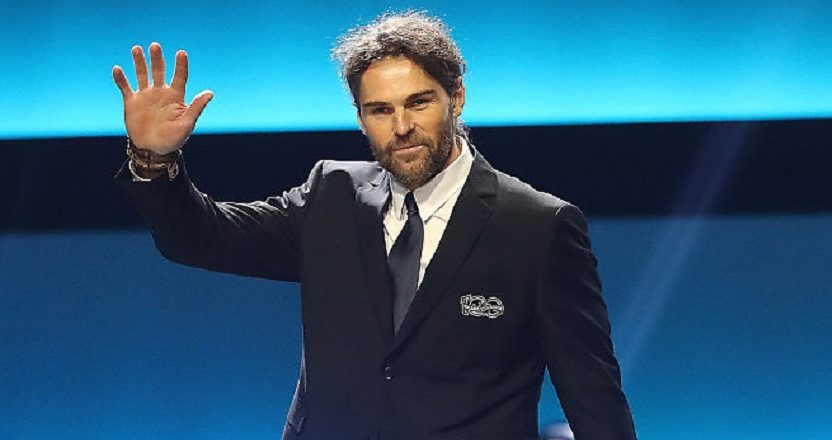 The NHL season is right around the corner, but a season’s worth of slashing penalties have been called in September. Is that good? What about the Kings? Are they good? How about Price Is Right games? Which ones are the best?

And should Joffrey Lupul shut his piehole and take his money? Mailbag, people!

Powerplays = entertaining so I like the new 'tapping' slash calls but the faceoff violation penalties are annoying to watch. Your thoughts?

That’s how I feel. But when it comes to the face-off violations, it comes across as one of those things that doesn’t bother fans but bothers the hell out of people taking face-offs for a living. Maybe that slight cheating makes a big difference that’s not discernible with the naked eye and could lead to a face-off win that results in a goal that wins a game that knocks you out of the playoffs. The preseason is the opposite of the postseason in that they call zero penalties in the postseason, but issue mandatory minimum sentences for jaywalking-level infractions, so now’s the time for learning.

As for slashing, I hope referees don’t slack on that once the regular season begins. I have never been slashed by a 210-pound man with 3 percent body fat, but I have to imagine that him swinging the stick with one hand instead of two doesn’t do much to lessen the pain I’d feel. Not having that composite stick thudding against my hands as I try to make a pass while coming through the neutral zone can only help make hockey more pleasant to watch.

Players will complain about this and say things like “just let them play.” No. Fuck you. Fans don’t pay $250 to sit 15 rows off the ice and watch 197 one-handed slashes. They pay to see creative, fun stuff, and lacrosse slashes aren’t fun and prevent those plays from happening.. Go play lacrosse if those penalties bother you so much.

But don’t worry, because it’s an even-money bet referees stop calling the slashing penalties by Game 25 of the regular season and forget that slashing is illegal at all when the playoffs start in April.

How is Jagr still not signed? I need as many active players who are older than me as possible.

Front-office NHL people are idiots, plain and simple. Jagr produced at no worse than a second-line forward last year and while, yeah, he’s 300 years old and could be done, there’s plenty of reason to believe he’s not done and better than what you have in your top six anyway.

You know how Coyotes fans are mad that they didn’t get to give Shane Doan a farewell season? Jagr not getting a farewell season is exactly the opposite of that because Jagr is still good and people actually still like watching Jagr play at a mostly high level. But it’s Sept. 20 as I type this and it’s not looking good. This league finds a way to screw up almost everything.

Rank the Price is Right games.

1. Plinko. Can’t be defeated. Four easy pricing games and dropping discs out of the sky for the cash. It’s the game we all want to play if we get off contestants row.

2. Dice Game. A close second. You need to get really unlucky to lose. The one person I’ve seen lose this game in the past few months is a guy that went against the odds after rolling a four and said higher. Buddy, don’t try to outsmart the board. Don’t hit on 16 against a 6. Math is your friend on this show.

3. Punch-A-Bunch. This game is pretty mindless but so I am. I really want to punch the holes and pull out the pieces of paper.

4. Race Game. More fun to watch than play, I’d guess. You have 45 seconds to guess the prices of four items and you have to keep running over and pulling a lever to see if you’ve gotten all four. But when the person wins at the buzzer, it’s awesome.

this is the best sports highlight you'll see all summer pic.twitter.com/I9gnai537M

5. Clock Game. I root for everyone on The Price Is Right. I get weirdly happy for all victorious contestants. But when people play this game and get super-flustered as Drew Carey says higher or lower for 15 seconds, it kills me. I can’t get enough of it.

5. Cliff Hangers. The yodeling guy game. I’ve never lost this game from the comfort of my couch.

6. Any Number. It’s basically keno. You shout numbers and either win an awesome prize, a decent prize or a piggy bank with like eight bucks. Again, no skill at all. No one on earth knows the third number in the price of a TV.

7. 3 Strikes. I don’t know if they play this game anymore, but you reach into a bag and pull out discs. There are three strikes in the bag and, as you baseball experts have probably gathered, if you pull them out, you lose. Unlike in real baseball, however, a strike is always a strike and human error can’t win you a car.

8. Pocket Change. More mid-number guessing in the price of a car. Boy, you don’t really realize how all these games are the same until you start typing them out. It’s like the Jim Gaffigan bit about how everything in a Mexican restaurant is the same thing, just packaged differently.

295. Lucky Seven. This game sucks so hard. I wish they would retire it. The contestant gets seven singles and has to guess the final four numbers of a car one at a time and has to be close enough to the number so they don’t lose all seven singles. So if you guess the third number of a car is seven and it’s two, you lose five singles. It’s stupid. It’s hard enough to guess the price of something, never mind guessing the third and fourth and fifth number of something and having to be within a couple numbers of the mystery number. If you win this game, you should get to host the show for a week and collect Drew Carey’s salary.

8,025. Pathfinder. I’ve never seen anyone win. It’s the one where you have to step to the next number in the price of car and there are four possibilities. This game is so diabolical that it’s better suited for a torture seen in Saw. Ban it.

As a kings fan how bad will the kings be ? Bad? Really bad? Monumentally bad? I have no faith they are going to be anywhere near good

This is hockey. Unless you’re an expansion team, you’re never going to be monumentally bad. At least, not for sure in September. Three-point games, salary cap, the luck factor. The Kings could be fine. Who cares? Nobody wants to hear from this team anymore anyway.

How are Sharks fans supposed to deal with Patrick Marleau leaving SJS?

Champagne? There’s a really good Chinese food place about 20 minutes from the arena that would be a great place to hold a party. Amazing orange chicken.

What would you do if you were @JLupul?

From what I’ve heard, he should keep quiet and enjoy retirement and the money that comes with it. I don’t know anything specific about the alleged blackmailing going on, but I felt like a cop at the start of a movie investigating a murder when asking around.

“What do you know about it?”
“[extremely terrified look on face and immediate desperation to get away from the conversation] IF THEY SEE ME TALKING TO YOU THEY’LL KILL ME.”

Thoughts on Roman Josi being named captain for the Predators?

The only hockey cliché I accept is, “It doesn’t matter who wears the ‘C’ because it’s about the leadership group.” Think about it. Mark Messier, the greatest leader to ever lead in leading leads, had all those old-timey Oilers on the 1994 Rangers, Mike Richter, Brian Leetch, etc. If that team had Messier and 19 dudes that showed up late and played craps on the locker room floor between the pregame skate and puck drop, Messier’s “leadership” wouldn’t matter. You need a lot of people pulling on that rope.

Do the Predators have enough of those guys? I don’t know. I don’t play for the Predators. Josi has been there forever and was the inevitable choice. Maybe P.K. Subban is vaping between periods and Viktor Arvidsson is picking his NFL daily fantasy team while Josi is trying to talk to him about something. Your guess is as good as mine.