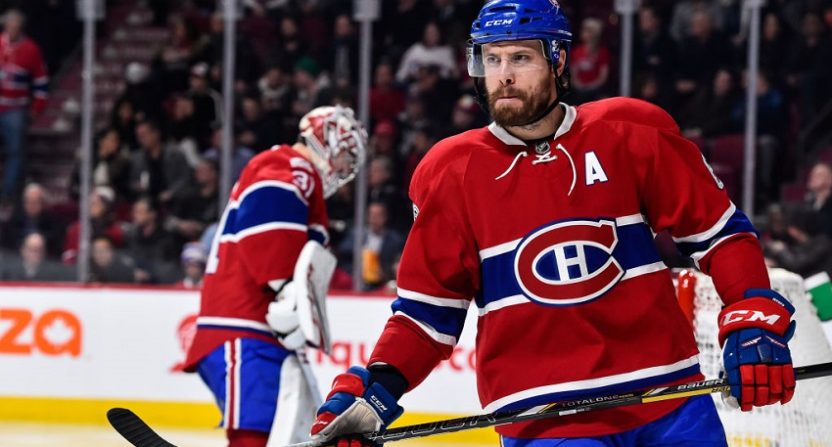 What’s the best Scrubs episode? Should we feel bad for Shea Weber? Let’s go to the mailbag and find out!

1. Death At A Funeral

@davelozo What would happen if McGuire was an NBA sideline reporter and was assigned to a Spurs game?

Pierre McGuire is irritating for everyone and that includes coaches, who have to endure one or two questions from the person who wishes more than anything he could think about junior and college hockey exclusively. The questions are always bad. You’re never going to pull insight out of any coach mid-game unless that coach wants to give it, but he just lobs softball questions that no fan cares about it. It’s rough.

In the NBA, Spurs coach Gregg Popovich has no time for this bullshit. He is willing to give zero- or one-word answers if he’s not in the mood, and he’s almost never in the mood. He will be nice in only ultra-specific situations, like with Craig Sager after it was revealed he had cancer. He was downright lovable with Sager. Otherwise, Pop’s a dick, and it’s great, because that’s how every coach should react to having to do these things. 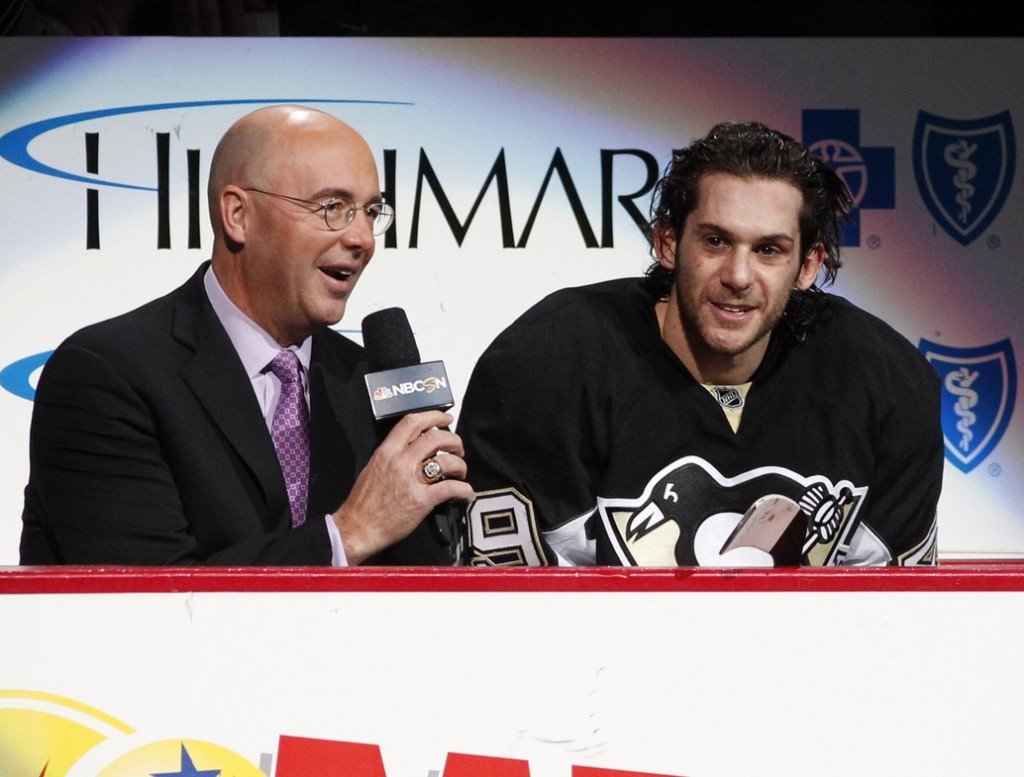 But imagining how Pop would handle Pierre questions?

“Is what’s happening out there what you’re doing or what they’re doing?”
“What does that even mean?”

“What did you say to your team to get them to come out like this?”
“You want to know what I said? You want a transcription? Let me have my secretary fax that over to you.”

“What are you doing so well right now?”
“Lots of things.”

“What are they doing to keep you in check right now?”
“Lots of things.”

“Donald Trump is at this game, are you players more excited about the chance to play in front of the President of the United States?”
“[Pop beats Pierre to death with his own microphone]”

2. The Empire Strikes Back

@davelozo Offsides, easier to tell than strike zone in baseball, what a catch is in football or what traveling is in basketball?

Ranking these from how dumb it is that we allow humans to judge these at real speed to smartest, it goes catch, offside, strike zone and there’s no debate. I’d guess there are 100s of offsides that get missed during the season, but you never think about it because they aren’t reviewed. But human beings squatting behind a catcher determining balls, strikes and sometimes check swings will be laughed about harder than anything else a century from now when computers are umpires.

@davelozo Will all the injuries in the playoffs, should the NHL regular season be shorter?

The NHL and NBA regular seasons last 82 games, although the NHL season is one month longer. The NBA is a non-contact sport, but those guys still have their aches and pains like any other pro athletes at season’s end. There’s a reason why elite NBA teams playing four games in five nights rest their players; it’s because the pounding takes its toll and coaches want their players as fresh as possible for the postseason.

Now think about the brutality of hockey in comparison to the NBA. It’s ridiculous to rarely seen levels that the NHL asks its players to play 82 games, plus another two months when the game is even more physical, which is the same as the NBA. Check out Senators general manager Pierre Dorion reading off his team’s major injuries after losing in the conference finals last week.

The NHL frames this as The Toughest Players In The World Grinding With Heart And Grit And This Is Why It’s The Best Game In The World So Please Like Our Sport. That narrative works for some people, but since I’m not insecure about my penis, living vicariously through the toughness of strangers does not work for me. I want the game to be faster, better, sharper, etc. and playing fewer games would allow for that to happen, at least in my opinion.

But of course, the NHL will never play a 60- or 65-game season. This is a league going to China to extract a few extra bucks before next season, so they’ll never throw away 10 home gates during the season for the sake of a better product. It would do more for the health of players too, but I doubt players will want to throw away that revenue too. Owners are greedy but players want their money too, which is fine.

I’d love to live in the parallel world with a 60-game NHL season, but until Jerry O’Connell lets me borrow his thingy from Sliders, I’m trapped here just like you.

@davelozo Yes – the trade was pretty one-sided and hilarious…but don't you have to feel at least a little bit gutted for Shea Weber, the person?

It bugs me when a guy gets hurt or loses in the playoffs a lot and some dude is like, “Yeah, he can go cry into his millions of dollars.” At some point, that money doesn’t matter. And no, Weber didn’t ask to be traded to Montreal, but do I feel sorry that he’s missing out on this Predators run after spending his entire career there?

Hell god damn no, man. People seem to have forgotten that he signed an offer sheet from the Philadelphia Flyers in 2013 because he wanted to get the hell out of Nashville and four years later, he got his wish. P.K. Subban getting traded out of Montreal and the Canadiens going to the Final this year would have been way sadder. Subban dreamed of playing for the Canadiens as a kid; Weber was so desperate to get out of Nashville that he was willing to live in Philadelphia.

Besides, if the trade never happened, the Predators lose in the first round with Weber lumbering around his own zone while he chases Patrick Kane.

@davelozo Who would be the worst realistic pick for Conn Smythe for each team?

Realistically? Sidney Crosby over Evgeni Malkin would be bad as of now. I mean, if they picked Matt Cullen, that’s obviously worse but I’m dealing in things that could happen. I don’t know how anyone besides Pekka Rinne gets it for Nashville but force-feeding it to Subban because he’s Canadian the way they media did last year for Crosby over Phil Kessel would be awful. If Rinne is as bad as he was in Game 1 on Monday, maybe that opens the door for Filip Forsberg.

Did anyone else watch the Scrubs Memorial Day marathon? Did anyone else watch it and become painfully reminded of how depressing that show was? I only watched a few episodes, but they featured two patients, one nurse, one brother (Brendan Fraser!) and one mom’s little boy either dying or being dead the whole time. I understand this show takes place at a hospital, but I also understand it’s a comedy so maybe not everyone has to die?

But the one where Brendan Fraser is dead the whole time is probably my favorite. It’s really well done. Also, spoiler alert.

@davelozo The NHL calls you & says they've made a terrible mistake with the Golden Knights.

They need you to make a new name & logo. What do you say?

“Again, for the final time, please stop calling me. I don’t work there anymore.”

@davelozo What are your thoughts on when someone pees in a stall but doesn't lock the stall door? I always barge in, thinking it's empty.

It’s not an acceptable move if it’s halftime at a Giants game, though. Everyone is hammered and desperate to pee, so you have to take precautions. If someone barrels into you with the door and sends you flying and piss everywhere, that’s on you, not the guy in the Karl Nelson jersey who thought the open door led to a place to pee.

Of course, the overall is rule is always lock the door and assume someone is trying to get your pee. Be safe out there.