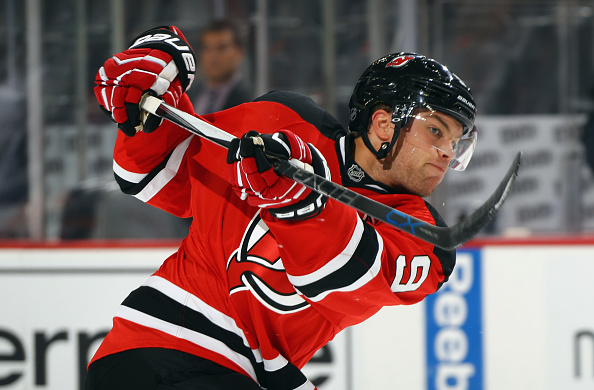 Of the many trades made during the NHL offseason, which have made the biggest difference for their teams?

The 2016 NHL offseason was filled with notable trades featuring marquee players as teams picked a direction for the upcoming season and made the moves they felt necessary to execute their goal. P.K. Subban, Brian Elliott and Pavel Datsyuk were among the big names dealt for one reason or another.

Some organizations like Arizona used cap room to hoard prospects and assets. Meanwhile, other teams like Vancouver tricked themselves into thinking they were contenders and dealt notable young talent for veterans. Not all of these deals have had immediate payoffs, but as the 2016-17 season gets closer to the All-Star break, some have been huge.

Here are three trades that had an immediate impact, positively or negatively.

The Anaheim Ducks were faced with somewhat of a Sophie’s Choice between the pipes. Ultimately, they decided to end their multiple-season run with a Frederick Andersen-John Gibson goaltending platoon and dealt the former for a late first-round pick and a 2017 second-round pick. Not exactly a terrible return for the 27-year-old netminder. Andersen was a talented goaltender who put up slightly above-average numbers behind strong Ducks defenses. Committing to the younger Gibson and dealing the pending restricted free agent made sense and gave Anaheim future assets.

Sight unseen, the Leafs acted quickly by signing Andersen to a five-year, $25 million deal with the hope of halting the clown car of mediocre goaltending in recent Leafs history.

Andersen struggled early with the blue-and-white after suffering an upper-body injury in the Olympic qualifier for Denmark. But from mid-November onwards, he’s been exactly what the Leafs envisioned and then some.

The 6-foot-4 Dane has carried the workload for Toronto, appearing in 33 of 39 games. Andersen has posted 17 wins with a 2.69 goals against average and a .918 save percentage. With the Leafs, he’s faced 32.25 shots against per 60 minutes, the fourth-highest marker at even strength from goalies who played at least 500 minutes. Showing poise and confidence, Anderson has regularly bailed out the Leafs’ poor defense. If he can maintain his current .927 even strength save percentage throughout the year, Toronto’s next playoff appearance could come in 2016-17. Regardless, the Maple Leafs finally found a long-term starting goalie.

This deal stunk for Edmonton when it was announced and the smell hasn’t subsided.

General manager Peter Chiarelli made Hall a scapegoat of Edmonton’s monumental struggles over the last decade, deciding to sell the talented winger for 10 cents on the dollar. The Oilers need for a sturdy defenseman was obvious, but using one of the game’s most productive forwards and turning him into Adam Larsson is turning wine into water.

Hall has been unexpectedly awesome for the Devils, tying for New Jersey’s scoring lead with 25 points in 31 games. Still just 25 years old, he’s generated shots, made his teammates better and given New Jersey the star forward they desperately craved — and all it cost was a middle-six defensive defenseman.

The deal, which Chiarelli has to regret deep inside, provided little return for the Oilers. Larsson has sponged up roughly 20 minutes of ice time per game in tough situations. Brought in to shore up Edmonton’s defense, he’s been unexceptionably fine, providing next-to-no offense with two goals and seven points in 41 games. Larsson is about as non-flashy as a defenseman can get. He’s an OK defensive defenseman who’s at his best when you don’t hear about his play. Would you rather have a meat-and-potatoes defenseman or a star forward? For inexplicable reasons, the Oilers decided having too many talented forwards was a bad thing. Trading Hall for Larsson was a historically bad deal.

The Chicago Blackhawks were faced with their annual offseason cap crunch and needed to find a taker for Bryan Bickell’s contract. The Hurricanes happily obliged when Teuvo Teravainen was thrown in as the sweetener. So far, taking on the deal has proven to be a very shrewd move by Carolina.

Bickell’s multiple sclerosis diagnosis has rendered him unable to play, as the Hurricanes placed his $4.5 million cap hit on the injured reserve. But Teravainen is producing at an encouraging rate. The talented 22-year-old is on pace for career-highs across the board with nine goals, 12 assists, and 21 points in 40 games. He’s played on a line mostly with rookie Sebastian Aho and vet Lee Stempniak, with the trio amassing impressive shot totals thus far.

It’s hardly surprising to see Teravainen succeed in Carolina, now that he’s been afforded a stabilized role he never consistently got in Chicago. With plenty of room to grow, he’s got a legitimate chance to be a dynamic top-six forward. He might already be one already.

It’s easy to pounce on the Hawks for dealing Teravainen, but getting future assets they can keep or trade and needed cap room was huge. Chicago re-signed Artemi Panarin last month, a move which might not have been possible without dealing Bickell’s contract. Would they have liked to keep Teravainen long-term? 100%. But trading him was the cost of doing business. Carolina unquestionably won the trade for now, but Chicago’s motives were understandable.