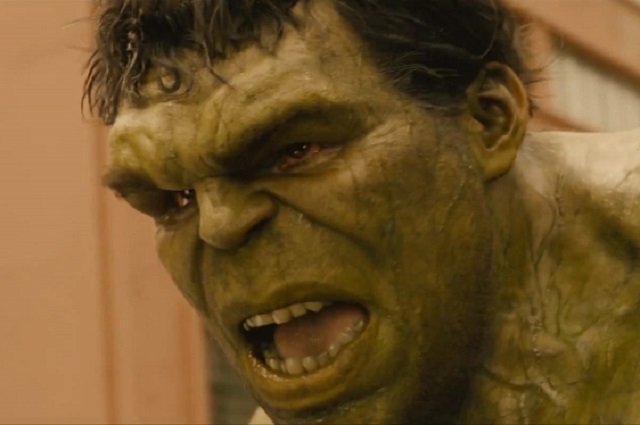 Remember the Friends episode where the guy sings “Morning is here!”? That’s me right now, except it’s “Playoffs are here!” Hey! Playoffs are here! And so is a mailbag about the playoffs and offer sheets and the Vezina Trophy and The Avengers! Mailbag! Exclamation points!

1. The team or the goaltender?

I love this question. I think about this a lot. While some people spend their days worrying about how their child is doing in school or thinking about the results of a blood test, I’m sitting on the subway thinking, “I mean, the Kings could’ve won any of their Stanley Cups with Thomas Greiss in net, right?”

It seems rare in the shootout era for a team to need a historic goaltending performance to win a Cup. The Bruins got one from Tim Thomas in 2011, when he had a .941 save percentage and the Bruins, a good but not great possession team, won three Game 7s on the way to a championship. They needed every Thomas save that postseason.

When Jonathan Quick tossed up a .946 in 2012, that was overkill. The Kings were so good that Quick spending two months standing on his head took all the drama out of the playoffs for everyone. 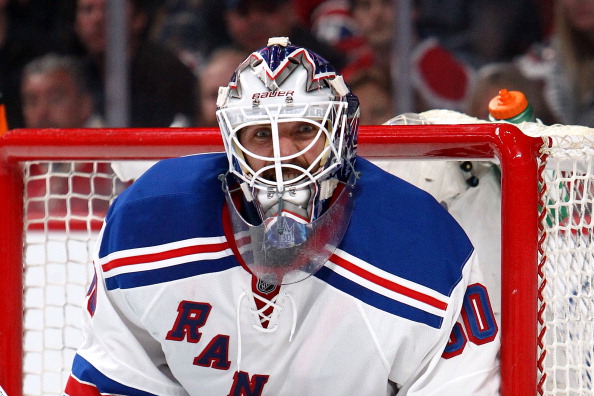 I mean, take a look at the goaltenders that have won Stanley Cups since 2006: Cam Ward, Jean-Sebastien Giguere, Chris Osgood, Marc-Andre Fleury, Antti Niemi, Tim Thomas, Jonathan Quick and Corey Crawford. Are any of them going to the Hall of Fame? Maybe Quick? For the most part, you need something a little more than adequate — think around .920 at the lowest — to win a Cup most times.

So I’d rather go with the team in the front of the goaltender than the goaltender alone. That’s probably a take that’s lukewarm at best, but my point is if you dropped Henrik Lundqvist on the Kings or Ducks, they probably go 16-4 and win a Cup but if you took Quick or John Gibson and gave them to the Rangers, they are losing in the first round in six games, the same as Lundqvist.

@davelozo Can you look at Avengers: Age of Ultron Hulk without seeing Jaromir Jagr?

I can’t tell if Age of Ultron has been ruined for me or improved in a way I could never imagine.

This isn’t hockey, but Jeremy Renner looks just like Jake Peavy of the San Francisco Giants. Enjoy your next Age of Ultron viewing.

@davelozo are the sharks finally considered enough of an underdog to see some postseason success?

There is no reason why anyone should doubt the Sharks this season. They are fifth in score-adjusted Fenwick at 53.1 percent. They are plus-16 at 5-on-5 goal differential, which is plenty good enough to strike fear into opponents. They have the third-best power play in the league. And if anyone has added motivation to beat the Kings, it’s Martin Jones, who was Quick’s understudy for two years before being traded to San Jose via Boston.

The Kings are just a better version of the Sharks. I don’t want the Sharks to lose. I like Joe Thornton. He’s funny! We all know what he wants to do if he scores four goals in a game, and the thought of him doing that (look it up) in Game 7 of the Stanley Cup Final tickles me to no end.

So, no, however you want to perceive the Sharks at this point, the Kings are too good.

@davelozo Who you got for the Vezina? For some reason Holtby was 4/1 last month and I backed him, I thought he was a lock!

And now that I think about it, I’d give it to Holtby too. Ben Bishop leads the league in save percentage (minimum 50 games) at .926; Holtby is at .922. Are those four points enough to sway me from the 13-win difference between the two? I get that wins are the product of the team but Holtby made six more starts and I think being that sort of workhorse should mean something.

Also, do you know who leads the NHL in even-strength save percentage with a minimum of 40 starts? It’s James Reimer of the Sharks at .938. That’s a number to keep in mind if Jones gets lit up against the Kings and the Sharks turn to Reimer.

5. Karlssons and Crosbys or Toews and Doughtys

@davelozo Who would win a series between a team of Crosby/Karlssons vs a team of Toews/Doughtys?

So do I want the most talented team in the world or the grittiest team in the world? I’ll let Claude Julien coach my Karlssons and Crosbys and Mike Milbury coach the Toewses and Doughtys and see if my team would ever win by fewer than 10.

@davelozo if the pens don't have Fleury or Murray to start the series, is FLA still the weaker team in the first round? #NYR

This goes back to the first question, but I’d rather play Jeff Zatkoff and Penguins seven times than the Panthers. My bar is Matt Murray; if he can play, I’d prefer the Panthers.

But either way, I don’t think the Islanders would beat either team in any situation.

7. Sheets to the wind

@davelozo anyone going to try and offer sheet an RFA this summer?

Last summer, it wasn’t an offer sheet but the threat of one that helped send Brandon Saad to Columbus and Dougie Hamilton to Calgary. Will it happen again this summer? Maybe, I don’t know. I can’t see the future, man.

There doesn’t appear to be a player on a cap-strapped team due a massive payday, but how about Mike Hoffman in Ottawa?

Hoffman is a 26-year-old with 56 goals the past two seasons and has somehow been relegated to the fourth line at times. So let’s say Hoffman decides he’s going to make things difficult on the Senators, who don’t spend to the cap. Does that force the team’s hand?

Would a team offer him a contract with a $6 million cap hit? Would Ottawa match it? Or would the Senators make a trade?

So maybe Hoffman. He’s plenty worth a big contract so it’ll be interesting to see if a team makes a move for him.

@davelozo Is the East the most wide open its ever been all time or that just some crazy hockey media rhetoric?

The top eight teams in the East are as bad as they’ve been in years. A lot of that has to do with injuries to the Lightning, Penguins, Rangers, Islanders and Panthers, the mediocrity of the Red Wings and the unknown nature of what the Flyers are going to do. That leaves the Capitals, the team with the league’s best record, in a position to run roughshod over the conference.

But, then again, the Capitals have literally never won two rounds with Alex Ovechkin, so there’s reason not to trust them.

It’s about health for the Penguins and Lightning. If they can last long enough to get Evgeni Malkin, Marc-Andre Fleury (he may be ready for Game 1 this week), Steven Stamkos, Anton Stralman, Victor Hedman and Tyler Johnson back, they will push the Penguins.

But if they get bounced early, and the Capitals somehow lose to the Flyers or Rangers, then remove the Capitals from the NHL.