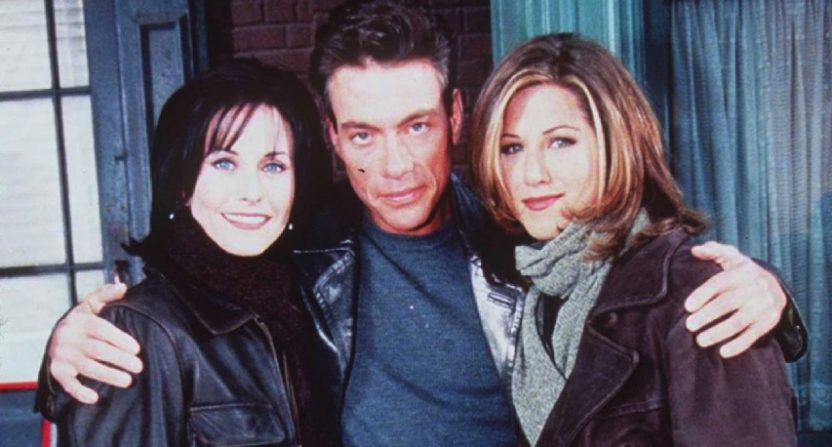 Hockey season. It still isn’t over. I know, right? Shouldn’t we be watching the conference finals by now? The good news is we can make hockey and everything else fun with a mailbag that is fun. There’s hockey talk in here. How about the Ottawa Senators? What’s the NHL equivalent to the DeMarcus Cousins trade? And when did I give up and let baldness overtake me? Mailbag!

1. What Kind of Finger Food isn’t Yours?

It depends on the nachos and the expertise level of the person consuming them. Ideally, nachos are 100 percent a finger food. But sometimes, the person eating the nachos doesn’t do so with a well-executed game plan to get the right amount of cheese sauce on the nachos. Throw in toppings and a poor nacho eater will have to break out a fork to eat the remaining chicken, jalapenos, etc.

Although, sometimes the nachos are served improperly. If the cheese sauce is in a concentrated area and some chips are drowned, you have to use the fork. There’s just no good place to grip the nacho. I once got nachos in a tiny baseball helmet that required a fork from the get-go because there was no angle for picking up the chips. Yet there were no forks. Life can be hard sometimes.

Remember the scene in A Bronx Tale with the car door lock test? Nachos are the new version of that. Take a girl or guy out on that first date and split a plate of nachos. If they immediately go for the fork, it wasn’t meant to be. If they’re licking their fingers until the plate is empty, you’ve got a keeper.

@davelozo can you come up with an NHL trade that would be a comparison of the Boogie to New Orleans?

I’d bet good money on Joe Sakic screwing up the Matt Duchene trade. Considering he’s one of two sellers and the value of Duchene, there’s no reason why he can’t get the world for him. Then again, look at the Avs. There’s every reason to believe he won’t get maximum value on the perhaps the best player available at a trade deadline since Marian Hossa.

@davelozo When did you start to go bald, and at what point did you decide to shave it all off?

I was home for the summer after my sophomore year of college. I was a couple months shy of 19. I showered after waking up in the morning… actually, the afternoon… and I was combing my hair afterward. I had that floppy hockey hair with the part down the middle, so the routine was comb it back when it was wet and it was dry/fall into place.

On this day, I noticed that hairline wasn’t where it should’ve been.

I flashed to a Thanksgiving when I was like 8 or 9 and my dad and uncles were all bald and I was doing jokes about that. I was only 8 or 9, but I am sure they were nuanced and smart jokes. Then my mom or someone in the room was like, “Hey idiot, do you know how genetics work?” I did not, so I continued with the jokes.

It’s hard to say when someone should give up. I think I was around 28 or 29 when I finally threw in the towel. I went through a phase where I had that Steve Jobs look, only he was like 30 years older than me. Then I realized I was wasting money on haircuts and gave up. I’ve probably paid for a vacation or two off haircuts I haven’t had over the past decade.

4. Put Hatcher Out to Pasture

@davelozo who is the worst Stanley Cup winning captain, and why is it Dustin Brown?

How about Derian Hatcher? If he wasn’t American, you’d never remember him or have heard about him in such glowing terms. He was your prototypical sandpaper defenseman back when nobody realized that was code for “couldn’t skate or keep up with fast players” and since Hatcher’s era coincided with the slowest, worst form of hockey the NHL has churned out, he fit in perfectly.

In 2003, Hatcher finished third in Norris voting; Sergei Zubov, his teammate, finished eighth. Hatcher had eight goals and 30 points that season; Zubov had 11 goals and 55 points. Both averaged about 25:50 of ice time per game.

Points aren’t everything, but there was something wrong with how people watched hockey when those who vote on awards deemed Hatcher more valuable than Zubov.

Jim Peplinski in 1989 is also worth considering. He never had more than 67 points in a season and had 38 points when the Flames won the Cup.

@davelozo do you think the @Senators are the biggest surprise in the east this year.

When Boucher took over and immediately made comments about Erik Karlsson, I thought this was the beginning of that John Tortorella faux-alpha move of getting to prison and taking a swing at the biggest guy in the yard. I thought Boucher would ruin Karlsson somehow, the team would be bad, people would blame Karlsson and eventually he’d be traded. But I was the fool, as I should have known Karlsson was un-ruinable.

The Senators are boring as hell, but that’s how they have to play to win. I’m very surprised it’s worked as well as it has, but I also wouldn’t be surprised if they collapse and miss the playoffs.

@davelozo How would you approach John Wick if you were sent to kill him?

I’d tie him to a chair. I’d tape his eyes open. I’d position his arm so it was pointing a gun to his head with his finger on the trigger. I’d make him watch every episode of Girls until he pulled the trigger. He wouldn’t make it out of season one.

6. These Are Not Your Friends

@davelozo The best and worst guest stars on Friends were Ben Stiller (best) and Billy Crystal/Robin Williams (worst) come at me.

When Ben Stiller guest-starred, he wasn’t “Ben Stiller” yet. So that doesn’t count. Robin Williams/Billy Crystal was bad, but they were on it for like a minute at the very beginning. So that’s the wrong answer too. Friends had a lot of bad super-famous guest stars once the show took off. It’s amazing how 30 Rock was so good at weaving in famous guest stars while Friends was so bad at it.

The worst guest star was Brad Pitt and it’s not close. The show was on its last legs in season eight and Jennifer Aniston was married to him, so it was an opening to do a big thing for sweeps. It was transparent and bad. And the best they could come up with was Pitt was a fat pig in high school and hated Rachel, so there was Thanksgiving tension. Also: This was the worst Thanksgiving episode by a mile.

Get it? Pitt is very attractive, but wasn’t in high school. That’s the joke. For like the whole episode.

7. Subzero is Our Hero

That’s an easy one.

Let’s put this mailbag on ice.