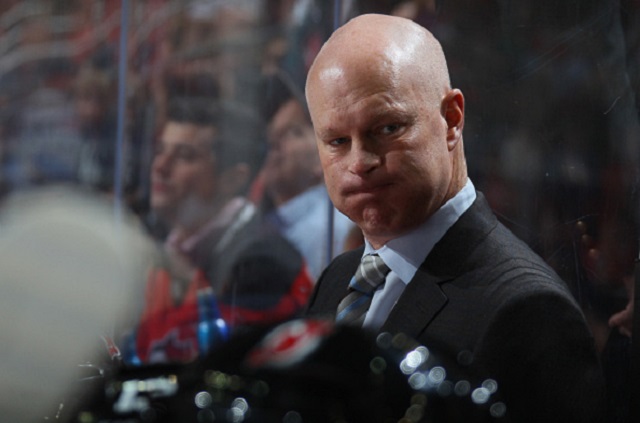 @davelozo What's the plan for the Devils? Total rebuild mode? Accelerate the drive up the standings? I see them as a big ???

I’ve watched a fair amount of the Devils the past two seasons. It felt like last season was meant to be a tank — perennial third-liner Lee Stempniak played a lot of top-line minutes — that was upended by the goaltending of Cory Schneider and the coaching of John Hynes. Instead of the hope that comes with picking first or second, there was a different kind of hope: “We finished with 84 points? Imagine what we can do with all the cap space we have next season!”

It’s not as though free agents will be fighting with one another to sign in New Jersey, but there was hope the Devils could spend a few bucks to get better for 2016-17. To see the Devils acquire the contract of Marc Savard, it has to be disappointing. It’s the sort of the move the Islanders made a few years back when they had no desire to spend money and only cared about getting to the cap floor.

Savard has a cap hit of $4 million and salary of $575,000, which is a Charles Wang Special. Along with the contract of fellow Hoboken resident Ryane Clowe, the Devils have nearly $9 million allocated to players whose careers have been ended by concussions. The Devils are a Nathan Horton acquisition away from amassing 2008-09’s most dangerous second line.

The Devils have five (active) forwards and four defensemen under contract for next season. The salary cap has yet to be set, but the Devils will have around $30 million to add about eight forwards and three defensemen, which isn’t much. Some of those roster spots will be filled from within by entry-level deals.

It should be noted the Devils can exceed the salary cap by $9 million if they shift Savard and Clowe to long-term injured reserve, the way the Bruins did with Savard’s contract when they had it, but that seems unlikely. The Devils were in the bottom-third of the league in spending last season and the Savard trade signals that won’t change next season.

If you’re a Devils fan, what should concern you is what this does for Hynes. If the team takes a perceived step backward in 2016-17 after using $9 million in dead money to reach the floor, you have to hope that Hynes doesn’t get assigned blame. He’s a good coach. He got 84 points out of a team that had Tyler Kennedy and Jordin Tootoo getting power-play time. You don’t want to lose him.

In the words of David Puddy, “It’s gonna be rough.”

@davelozo Most egregious Conn Smythe snub since the '04 lockout?

Phil Kessel, Pittsburgh Penguins, 2016. And if you want to use the criteria insanely applied to Sidney Crosby winning it, it should have gone to Kris Letang, who carried play at 5-on-5 but had to do so with a cavalcade of average and inexperienced defensemen. I never thought Anze Kopitar being robbed of the Conn Smythe in 2014 could be topped, but for the second time in three years, voters have bent over backward to force-feed it to a Canadian.

Don’t get me wrong; Crosby was very good throughout the playoffs. Kessel was better. Letang was more valuable. Ryan Lambert delved into this Monday, pointing out the obvious truth that if Kessel and Crosby swapped roles and stats, Crosby still wins the Conn Smythe. You can take the Kessel out of Toronto, but you can’t take the Toronto-based media out of the coverage of the playoffs that had Kessel. Or something.

Crosby has 19 points in 24 games. The last forward to win the Conn Smythe while averaging as little as 0.79 points per game in a postseason was Dave Keon, who had eight points in 12 games in 1967, when there were six teams and two postseason rounds.

Side note: Logan Couture led all scorers with 30 points — eight more than Kessel — in 24 games for a team with the sixth-best record in the West, and opened three of four series on the road. Did anyone even consider him for Conn Smythe? Maybe it’s time to change how the voting for this award is conducted.

@davelozo Would The Hound be better off as a big, hard hitting defenseman or a Milan Lucic-like power forward?

To refer to Sandor Clegane as Milan Lucic is an insult to The Hound and makes me wonder if you’ve ever watched Game of Thrones. The Hound is a gigantic, fast-moving killing machine. If The Hound was Milan Lucic, he’d have died in battle five seasons ago.

The Hound is Chris Pronger. Big, physical, an offensive threat and a game-changer for whoever has him on their team. He’s helped lesser teams ascend to power. But the current state of The Hound is reminiscent of the end of Pronger’s career. Remember the hit in the 2010 Cup Final when Dustin Byfuglien rocked Pronger into the boards and the Blackhawks won the Cup? Yes, that means Byfuglien is the NHL’s Brienne of Tarth. Go with it. 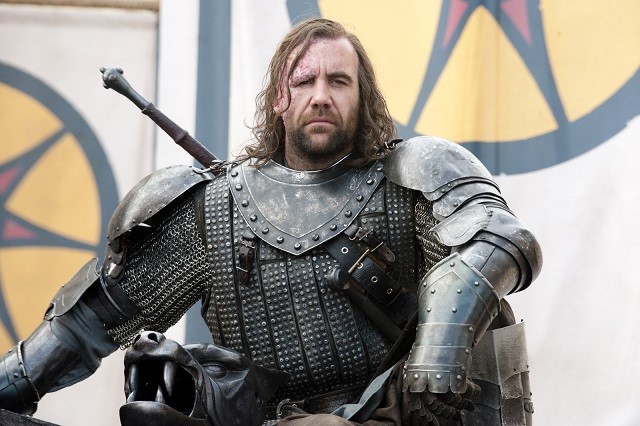 Since that hit, The Hound has been wandering, healing from injuries, just like Pronger. The Hound looks like he’s joining the Brotherhood Without Banners in the hopes of putting his destructive, violent past behind him the way Pronger joined the Department of Player Safety to do the same thing. Sometimes DOPS can’t see something that’s right in front of their face and Berric Dondarrion only has one good eye.

If The Hound is only joining the Brotherhood for an easy paycheck while he consults on what they should do from the comfort of his couch, the analogy will be complete.

@davelozo Who will be the most overpaid free agent? And why is it going to be Lucic?

Andrew Ladd. He has it all. He’s won a championship. He’s been a captain. He plays tough. He’s thought of as a playoff performer, despite seven goals and six assists in 47 career games. He had 25 goals in a contract year. He’s 30 years old.

Someone is going to give him way too much money. Ryan Callahan got six years and $34.8 million from the Lightning in 2014 and someone will give Ladd at least that this summer. Ladd is better than Callahan but that’s a lot of money for someone on the back nine of his career whose ceiling is 25 goals.

And if not Ladd, it will be Kris Russell, of course. NHL GMs are nothing if not predictable and mostly bad.

@davelozo Where do we find Loui Eriksson next season?

I never know the answer to this stuff. If I did, I’d be on TSN or CBC and tweeting positive things about every player in the league. Since I’m not, I tweet jokes and wonder why Monica, Phoebe, Chandler and Joey were still friends with Rachel after she agreed to date Mark, which confirmed all of Ross’ insane paranoia about the two of them before they broke up. The first thing is way more profitable than the thing I’m doing, but someone needs to be the voice of the voiceless.

Nashville and St. Louis could use him, but those teams don’t have a lot of money to spend. Plus, they need to pay their key UFAs and RFAs. It would probably be a joy for Eriksson to play with Swedish legends Henrik and Daniel Sedin, but why would he anchor himself to a sinking ship in Vancouver? Going back to Dallas would be funny, but adding a scorer is the least of the Stars’ concerns.

@davelozo Does Tampa keep both Bishop and Vasy?

The Lightning are sort of screwed here. Would you like to deal Ben Bishop and free $6 million in cap space? Sure. But do you really want to ditch a guy who has taken your team to a Stanley Cup Final and conference finals the past two seasons for a goaltender that has 32 NHL games under his belt?

Maybe you want to go the other way and trade… hang on, still need to copy and paste this… Andrei Vasilevskiy? Bishop’s durability makes Carey Price look like Wolverine and if he’s going to get hurt every year, you want to have someone as capable as… give me one second… Vasilevskiy there to take over.

Ideally, you’d like to get something for one of these goaltenders. But if you fancy yourselves a Cup contender, you can’t do anything with either of these guys this summer. There are worse problems to have.

@davelozo Has Marc-Andre Fleury become Ross and Matt Murray is Paolo? Is there any happy ending solution for MAF in Pittsburgh? (Rachel).

This is good. The Penguins are Rachel, Marc-Andre Fleury is Ross and Matt Murray is… Tag. Think about it. Murray is young and inexperienced and he’s pushing aside someone that is in his 30s. Tag showed up, didn’t really have credentials to work for Rachel, but there was an instant attraction. Once Ross was officially out of the picture, the two got together.

Of course, Rachel dumped Tag because she is an idiot who had a 30th birthday freakout. Jim Rutherford is like 100 years old, so the last thing he’s doing is planning long term. The Penguins should cling to Murray as the present and future. Sorry, Marc-Andre, but you’re going to have to tell your dinosaur stories to someone else next season.

At least, that’s how it should go down. Just like with Friends, the Penguins will be that much better once they get rid of their Ross.