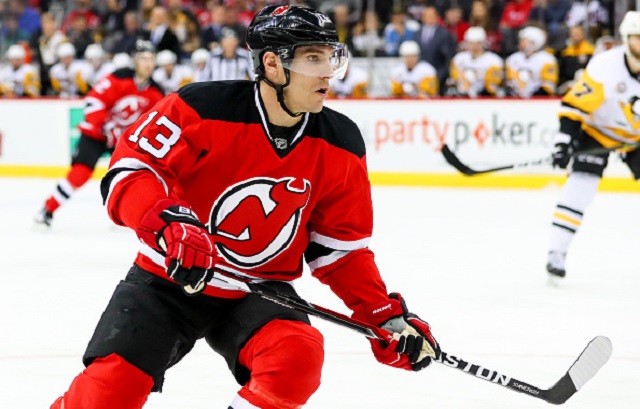 This week’s NHL Mailbag addresses all the important questions in hockey and the world, like which is better, french fries or sweet potato fries? Which season is more unexpected, Oilers or Blue Jackets? And what’s the one event the NHL needs to add to its All-Star weekend to make it better? Let’s mailbag this thing.

Sweet potato fries always seem like a good idea until you’ve eaten five of them. They’re like Peppermint Patties or Fast & Furious movies — they’re fine, but I don’t know how anyone can still consume them after the fifth one.

2. Deal With The Devils

Taylor Hall and Michael Cammalleri have missed a little bit time (Cammalleri with a personal matter) and more recently, Andy Greene and John Moore have been out. But the Devils’ absences don’t translate to an 8-15-6 stretch. They have just too many non-factors (Beau Bennett, Devante Smith-Pelly, Pavel Zacha) playing regular minutes at forward and their defense has been expectedly weaker with Adam Larsson gone and Cory Schneider’s numbers (.910) somewhat reflect that.

It’s important to remember that this was never going to be a playoff season. When you’re acquiring Marc Savard’s cap space for a draft pick before the season, expectations should be low. Their only big offseason move was to weaken their defense slightly to improve their offense slightly, so hovering around an 84-point pace after finishing with 84 points last season shouldn’t be disappointing.

It wasn’t covering a game; it was watching one with a beer in my hand.

It was December 20, 2001. Devils-Rangers. Colin White, one of the worst offensive defenseman in NHL history, somehow got behind the Rangers defense for a breakaway. He was hauled down and awarded a penalty shot, and I distinctly remember laughing until I cried at his attempt, the fact the Rangers felt the need to take him down and just the fact I was witnessing this.

Best of all, White got to take his penalty shot against Mike Richter, one of the best penalty shot goaltenders of all-time. I wish there was video of the attempt because no one has ever had less of a chance to score in that moment than White did against Richter. I laughed about all these events for five minutes.

To White’s credit, he was very self-aware and said, “”I told the ref I wanted a two-minute power play, not a penalty shot.”

It was also a game that ended in a tie, proving hockey needs more penalty shots and games to end in ties again because that was a great day.

@davelozo does NHL all star skills need a MMA Octogon on ice to let the goons shine?

@davelozo What All-Star event would you add?

As you may or may not know, the NHL is abandoning the breakaway challenge at the skills competition because… well, who knows? The reason doesn’t matter. This is now the second thing the NHL is dropping from its boring-ass weekend-long event in recent years, along with the fantasy draft. It’s very likely that that players begged to get rid of it and the league obliged because, well, who cares what the fans want when it comes to an entertainment product, right?

Here’s what I would do to spice things up, because it would involve no personality or creativity: On Friday night, in front of a live audience and airing on NBCSN, an East vs. West episode of American Gladiators. A one-hour show where five or six guys from each conference go against a new batch of Gladiators or maybe even just guys from the opposite conference.

Sidney Crosby vs. Jonathan Toews in the joust event. How badly do you want to see Dustin Byfuglien swinging into Phil Kessel in the Human Cannonball? Or P.K. Subban vs. Shea Weber in the assault thing where you launch tennis balls at a target behind the gladiator? This would be appointment viewing for hockey fans.

American Gladiators was a syndicated show, so anyone can get the rights to air it. NBC is already bringing back old game shows, so why not this? The obstacle course race at the end would be the highest-rated hockey program in NBCSN’s history.

You’re probably concerned about players suffering injuries. Well, suck it up. Life is full of tough breaks. If we have to lose Jaromir Jagr to a torn labrum because he was inside one of those giant rolling balls that have to come to rest on that special spot, that’s a risk I’m willing to take on their behalf.

Then you do the skills and game over the weekend. I don’t know why I continue to give the NHL these free ideas worth millions.

Maybe? I don’t know. You know what the dumbest stuff in sports is? When people say a record can’t be broken. Or when they talk about how we will never see something like a thing we saw in the past again. We don’t know. Who the hell thought Cal Ripken would play 2,131 consecutive games? Nothing bugs me as much as when people say no one will get a hit in 56 straight games. Joe DiMaggio’s record will stand forever.

I get like Sam Rockwell in Galaxy Quest when they’re assuming there will be air on an alien planet. You don’t know! You don’t know! I’d put 20 bucks on Jose Altuve hitting in 57 straight during his career if there was a sportsbook with the right odds.

The game could be anything in 20 years. The rules may change. Some great players may come along. Maybe we’re playing 4-on-4 instead of 5-on-5. Maybe nets get bigger. Maybe officials start calling penalties more regularly. Life is full of possibilities and 120-point seasons could come or they may not. If I knew the future, I’d have a much nicer wardrobe.

6. Oiler Up And Jacket Off

@davelozo what's crazier?
A) Oilers are gonna make the playoffs.
B) Blue Jackets area point behind best team in the league.

The Blue Jackets’ season is far nuttier. The Oilers were going to get a full season of Connor McDavid, Leon Draisaitl looked like a stud in the World Cup, it was the second season of Todd McLellan, Milan Lucic is the most overpaid person in hockey but he’s not terrible, and they addressed their defense by adding Adam Larsson. They’re playing above expectations, but not anything close to the Blue Jackets.

There’s nothing to indicate the Blue Jackets had this in them. They have the worst coach in hockey and did hardly anything with a team that finished at the bottom of the standings last year. They’re a mediocre-at-best squad riding PDO like a dog in that dog surfing movie where the dog surfs and is really cool.

That may not be a real movie, but someone should make it.