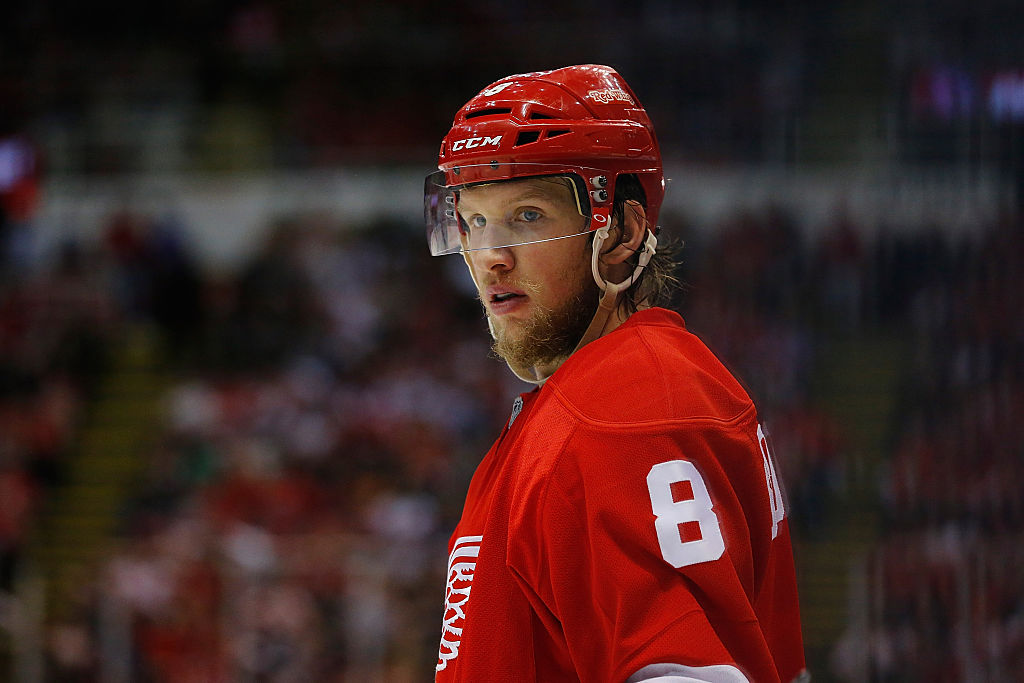 The trade deadline has come and gone. Now, the World Cup rosters — at least a portion of them — have been released and it’s time to get excited for a tournament that’s …geez, six months away. It’s also time to get angry about those rosters. It’s The Comeback weekly hockey mailbag!

1. Look at all this anger

@davelozo Justin Abdelkader being on this roster should be a war crime.

How does Justin Abdelkader fit in? https://t.co/5Bdjg6Om2n

All the World Cup teams announced the first 16 members of their rosters Wednesday. It’s sort of fiendish, as it’s free publicity for an event that doesn’t start until mid-September, it takes your mind off a trade deadline that was more disappointing than the Seinfeld finale and stifles any argument about snubs, as seven more players will be named to each team’s rosters.

Even with all that, no one understands why Justin Abdelkader is on Team USA.

That includes me. Imagine hearing about a new movie with a star-studded cast that includes George Clooney, Mark Ruffalo, Leonardo DiCaprio, Cate Blanchett, Sandra Bullock … and Tara Reid. Justin Abdelkader is the Tara Reid of this cast.

It’s like nobody learned anything from Team USA’s Sochi failures. Grit doesn’t win best-on-best tournaments. You have to eventually play Canada and Sweden to win and you can’t Ryan Callahan a team into submission when that team is ultra-talented. Abdelkader is a younger, faster Callahan, and a reminder that John Tortorella is coaching this team.

Out of those 10 players, it’s pretty easy to find five you’d rather have on the Team USA roster than Abdelkader, who is perfectly average but doesn’t have the skill or upside of most of the players listed above. And for everyone saying, “There’s still time to round out the roster,” if Tortorella doesn’t think Kessel, pictured above, should be on the roster in March, what’s Kessel going to do over the next couple months to change management’s minds?

We Americans have to hope that Abdelkader provides Tara Reid of American Pie and not Sharknado.

Why does the U.S. not ice the best team possible?

There’s a thinner margin for error too — Canada has so much talent that you can be incredibly stupid and not name P.K. Subban to the initial roster because the eighth-best defenseman is so good that it doesn’t matter, while the U.S. team taking Abdelkader over Okposo means everything.

With this team in particular, though, the reality is there aren’t too many elite players born in the country that may one day be run by President Donald Trump.

Another issue is some of the best Americans will be on the young guns team. Shayne Gostisbehere, Johnny Gaudreau, Brandon Saad and Jack Eichel would be locks and important pieces for Team USA if not for the fact they were born after GoodFellas was released. That should make you sad about the World Cup but excited if the NHL gives the green light to go to the Olympics again.

The reality is Team USA would go into the World Cup firmly behind Canada and Sweden no matter what GM Dean Lombardi decided. A Kessel/Abdelkader swap on the initial rosters wouldn’t change that.

@davelozo @comeback_sports Marchand has a Team Canada tattoo and Neely says it's all he's been playing for this year. Tied for 3rd in goals.

While I feel Kessel being left off the initial roster is a bad sign, I think Brad Marchand will be on Canada’s roster when they are completed. Kessel has played 40 games for Team USA while Marchand has never once dressed for Team Canada, which makes Kessel feel like a snub and Marchand like mild disrespect that will be corrected eventually.

And not for nothing, who among the first nine forwards selected should Marchand have bumped? Jeff Carter is probably the weak link, and that weak link has seven goals in his past 15 international games, and again goes back to the point about Team Canada tenure and all that. Marchand hasn’t been there yet so they’ll make him sweat for a few months.

Canada’s initial roster is filled with centers — Sidney Crosby, Ryan Getzlaf, Jonathan Toews, John Tavares, Tyler Seguin, this is unfair, I hate Canada, it’s too much, seriously Steven Stamkos is here too — so you’d think a natural scoring winger with 30-plus goals this season would be a lock to be announced in the second wave.

@davelozo I know weather & football would be hurdles, but any chance for an Outdoor Final for the #WCH2020

No. By September 2020, the Blackhawks will have played 22 outdoor games and the idea that fans may see Patrick Kane, Artemi Panarin or Niklas Hjalmarsson in another outdoor game will result in the first 0.0 rating of a hockey game in world history.

Plus, yeah, there’s logistics, like a football field that’s available in late-September, the tiny window to the play the game before the regular season starts and how weather could affect that, and selling tickets to a game with people not knowing who would play in said game until two days prior.

@davelozo Team captains? Especially for the Young Stars team. Do the Oilers use it as a test run for their future captain?

I don’t think it’s a test run for McDavid, as the Oilers know he’s their future captain, but he should get the ‘C’ for the Young Guns, which is what this team should have been called. A pump-up video before their games with Emilio Estevez and Kiefer Sutherland would be my everything.

No, because putting together a team of snubs would involve waiting for everyone else to pick their teams and also it’s not even a thing we can do for fun in this space now because the rosters aren’t complete.

I’d add a team that consists of all players currently in college or juniors and let them try to pull a 1980 Miracle on Ice. They don’t have to have been drafted, just on an NCAA or junior roster. They would almost surely get pasted and there are probably dozens of hurdles like insuring non-NHL players for an NHL event, but they’d be the underdog team you’d love to watch.

Team Herb Brooks going to the third period of a round-robin game with Russia tied at 2 would be incredible. Plus, if Team Herb Brooks were to ever win this thing, we’d no longer be subjected to the yearly reminder that we beat Russia in a hockey game once in 1980. That should be our goal with every decision we make in life — how do we avoid listening to Mike Eruzione talk about his goal like Al Bundy talked about his four touchdowns?