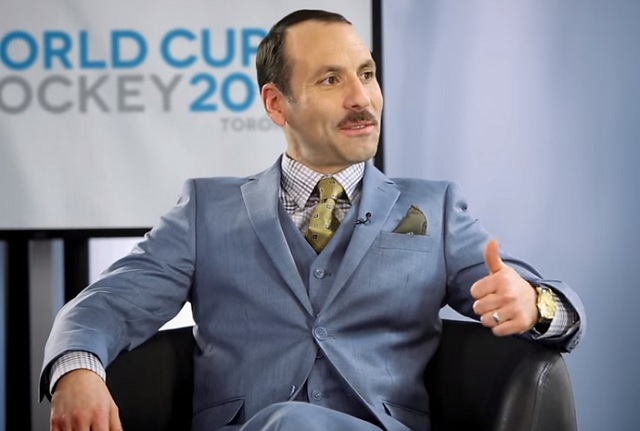 The NHL mailbag is here! And the second round of the Stanley Cup Playoffs are not far behind. What is up with these World Cup ads? What do the Rangers do this offseason? You have questions, we have answers that may or may not be satisfying. MAILBAG!

I am legitimately excited for the World Cup of Hockey in September. I plan on spending a better part of the summer begging media outlets to pay me to cover it. I don’t think it will be on par with the Olympics, but it should be close.

But if you’re not a hockey fan and your only introduction to the event is the commercials promoting it, you probably aren’t very excited.

The one that has been running non-stop during playoff games features Patrick Kane. It is, of course, terrible. But did you know there were four others? Did you watch the SNL tribute to Prince that featured Jimmy Fallon telling a three-minute story about Prince that was really about Jimmy Fallon? And the show ended with four horrendous Prince sketches that were all the same? The World Cup ads are that, but at least they don’t make Prince look like an idiot.

Allow me to rank the five World Cup of Hockey commercials.

You know how Blake Griffin is maybe the best actor among professional athletes today? Nicklas Backstrom may be the worst. It should be noted that, as a professional hockey player, there should not be an expectation of great acting from one of the best centers of the past decade, especially after his GEICO ads of a few years ago, yet here we are.

Also, because it is required by Sports Commercial Law, everyone in these ads is wearing uniforms and full equipment.

Saad is young and doesn’t know about sex and stuff. That’s funny. Saad is good enough in this bit. Heck, he’s basically Daniel Day-Lewis in comparison to Backstrom.

The premise here is Benn’s grandpa is a dick, but you should watch the World Cup on ESPN. I guess.

This one is genuinely good. I guess it’s not on TV here in America because Bergeron is a Canadian devil who stole gold from us in 2010 in Vancouver and again in 2014 in Sochi. But I’d rather watch this during every other commercial break than the one that airs all the time down here.

Kane, who started the season by dodging questions at a press conference about his sexual assault case, is featured in a commercial where he is again dodging questions in a monotone voice. It’s sort of amazing that this was approved on potentially multiple levels.

I worked at a newspaper a long time ago and the saying on the editing desk was, “Dirty mind, clean paper.” In other words, if you can spot the potentially gross or sexual headline, even though it is no way intended, you can save yourself grief. For instance, we’d stay away from the headline, “So-and-So Grabs Pole at Daytona,” because grabbing a pole can be a sex thing. It’s dumb, but this is what goes on.

So was there not one person involved with this premise who said, “You know, maybe we go in a different direction here? I know that’s not what you’re going for here, Reg, but it’s sort of reminiscent of that and maybe go another way.”

Either no one saw it or had the courage to bring it up, because then it seems like you’re the one making a joke when you are doing the opposite. It can be scary to raise your hand and announce to a room that’s how your mind works, so that’s how stuff like this comes to be.

These commercials are also bad for the same reason the NHL Awards show is bad. That Reg dude probably had some killer ideas that he couldn’t pull off because A) the players wouldn’t do them, B) the league wouldn’t allow them or C) players aren’t actors, so there’s only so much they can do. This campaign was doomed from jump street.

Anyway, super pumped for the World Cup. Kane as the American face of the event is about as dumb as it gets.

@davelozo What should the Rangers do this offseason?

Here is my five-point plan for making the New York Rangers great again.

1. Trade Rick Nash: He will be 32 next season. He has two years with a $7.8 million cap hit left on his deal. He was acquired to be a championship piece, but this is no longer a championship team. He’s like an older Phil Kessel with a much better contract. If the Blues feel good about their back end, maybe they can spare Kevin Shattenkirk in a deal.

2. Trade Dan Girardi: Look, we all know he’s done. Or do we? All that’s needed is one GM that thinks he’s worth four years at $5.5 million per season. Can’t you imagine a team that values grit and shot-blocking way too high taking on Girardi, as long as the Rangers retain $1 million per year? I can. Shed that contract any way you can. Buying him out either this year or next is just too costly.

3. Keep Alain Vigneault: Sure, some of his usage of players is confusing. He loves Tanner Glass like a son who is bad at hockey and took way too long to scratch Girardi. But he made the most of the roster in 2015-16. Next year will be an even bigger challenge but maybe he can do something with a remodeled defense.

4. Let Keith Yandle go: Assuming he even wants to return, this is not the right situation for him or the Rangers. He’s going to command around $6 million per season. Let Brady Skjei and Dylan McIlrath have a chance to see if they can play full-time. They can’t be worse than Girardi and Dan Boyle.

5. Go after Alex Goligoski: He’s not a savior or anything but he’s good and will probably be about $2 million cheaper than Yandle.

The Rangers have to retool this summer. This roster as it exists now with only slight tweaks is at best a first-round patsy again.

@davelozo Thoughts on the band at the Ducks game? https://t.co/byvuDIkaNU

Love it. Every NHL team needs to do this once a season. Bring in a local college band (or a bunch of bros like the Ducks did) and let them play the goal song with a horn section. It’s a great change of pace and everyone loves live music.

I’d pay $11 to hear the Buffalo Sabres crowd after they score a goal and the University of Buffalo marching band plays, “Let Me Clear My Throat.” Minnesota should have the U of M band play Prince’s “Raspberry Beret” too.

If you have a high school band, I’d suggest pitching this to hockey teams that do a kids day. You can thank me later.

@davelozo is Luongo a modern day Cujo? Not just that their names end in 'O', like yours and mine.

Roberto Luongo is much better than Curtis Joseph. Assuming the GMs aren’t complete idiots, Luongo will be a Vezina finalist for the fourth time in his career this year, which is one more than CuJo, and Luongo clearly has a few more good years remaining.

Heck, Luongo has a good case for the Hall of Fame. As it stands right now, Luongo has the seventh-best save percentage in NHL history and barring injury, he will become the third goaltender in league history to win 500 games. Yeah, he has blown up in the playoffs but that wasn’t the case this year, as he had a .931 save percentage in six games while his team struggled to score.

If Luongo maintains his current level of play for two more years, which is asking a lot of a 37-year-old goaltender, he may get one more kick at the Stanley Cup before it’s over.

@davelozo What question would you really like to be asked?

“Dave, was the first $10 million the hardest to earn?”