The Stanley Cup Playoffs are two weeks away. So you know what’s on the mind of our readers? That’s right — cold pizza and character development on Friends. People also want to know why the Winnipeg Jets are bad and what adding Golden Knights of Vegastown will do to scoring next season. Let’s get into it.

@davelozo does the addition of the Vegas golden showers water down the product or enhance it?

It waters it down in a big way. You may see an uptick in fighting next season, as guys who primarily punch people in the face to fire up the boys that have been losing jobs in recent years could find themselves scattered across rosters thanks to all the job openings. That always makes for worse hockey.

But one great thing about expansion is it allows the great players to put up more jaw-dropping numbers. At least, that’s been the case in recent years.

There was a bit of leveling off in 1993-94 with elite players putting up massive numbers when the Florida Panthers and Mighty Ducks of Anaheim joined the league. Perhaps the New Jersey Devils and other teams figuring out the trap helped that or maybe it was the NHL reaching a saturation point with how much offense could created with the addition of bad teams.

But those are situations where two teams joined at once, which means an influx of even more non-NHL players being dumped into the system at once. What about years like next 2017-18 when only one expansion team joins?

Hockey has changed so much in the two decades since the last time the NHL expanded and teams are so much more system-oriented that adding Vegas may not mean too much to overall scoring numbers. But it will probably result in jumps for the best players — Connor McDavid, Sidney Crosby, Patrick Kane — that will be out of line with most of their recent seasons. Only instead of Lemieux tossing up 160, it will be Crosby getting 110.

@davelozo how much do u cringe when someone talks about the Rangers or Giants & are talking about SF Giants or TX Rangers and not NY ones?

Not at all? You shouldn’t have this problem. No one should. There are like 800 Wildcats in sports. If this bothers you, you should talk about it with someone. Just not me.

You should never do No. 4 unless you have sensitive teeth and the cold hurts when you bite into it.

@davelozo True or false: Janice experiences the most emotional growth of any "Friends" character.

What about Fun Bobby? He went from co-dependent alcoholic to clean living in an episode. It says a lot about Monica that she’s so intolerable that Fun Bobby couldn’t deal with her drunk or sober. There’s no way that Chandler hasn’t been living inside a bottle for the past 15 years.

And maybe someone older than me can answer this — when did “emotional growth” become this thing TV characters had to have over the course of a show? Who gives a shit? It’s not a real person. If you have that in a character, great, but I care way more about a show being entertaining than I do if the character becomes a better person over time. Tyrion Lannister as a drunk living neck-deep in whores or as a wise advice giver to powerful people are equally entertaining. I’m not happy Tyrion is “growing” because, again, he’s not a real person.

Just give me entertaining characters I don’t hate. Let them grow. Let them regress. Whatever. No one on Seinfeld went through an ounce of emotional growth in a decade and the show only got better. Stop ruining TV, critics.

@davelozo Pickles on the sandwich or on the side?

As long as they’re not surprise pickles, put them wherever you want. I like pickles, but I want to know ahead of time if this sandwich has them. Same thing with mayo. If you’re going smear that crap on my chicken sandwich, it better be on the menu. 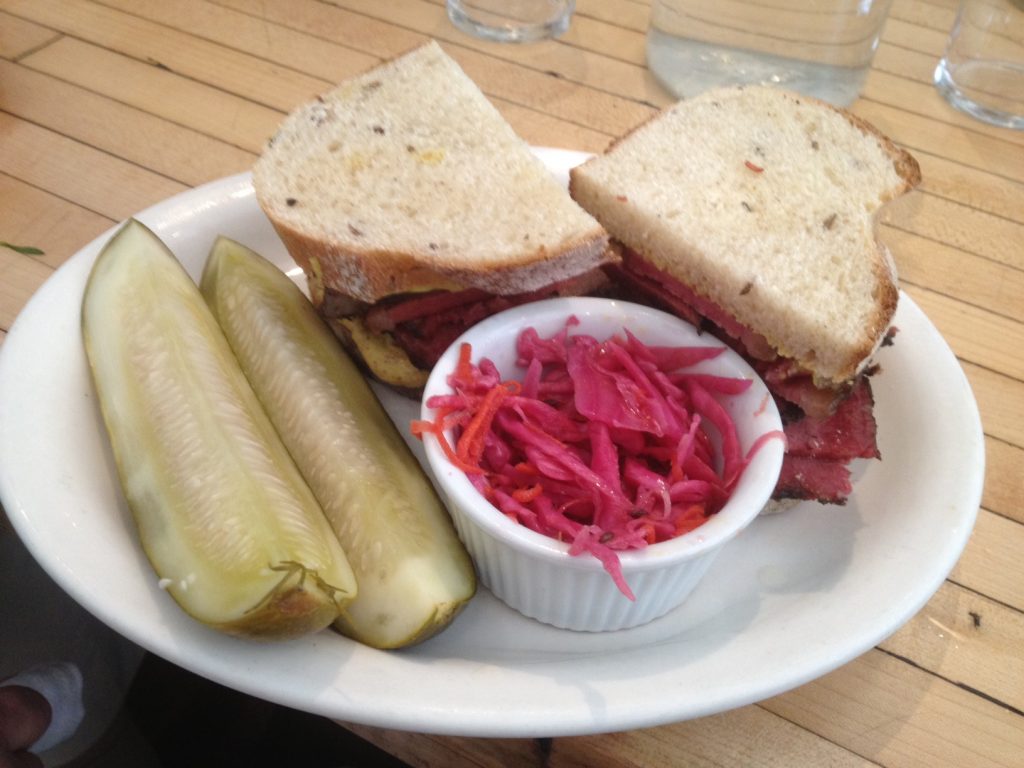 What I don’t get is the giant pickle that comes with some sandwiches. No one needs that much pickle. Why is that an accepted meal practice? They always smell too. Would you think it’s normal if you ordered a turkey club and the restaurant just put a tomato on the plate? Or a jalapeno? Or a pepper? Of course not. I always just assume they can’t sell those pickles, so they stick them on a plate and serve them to people.

Something is up there. The Jets should be better. Yeah, you don’t want to kill a coach for a bad save percentage (or give one a Jack Adams because of a great save percentage), but Paul Maurice has to be doing something that’s killing that team. The Jets have had injuries, but Maurice has been to the playoffs once in his past seven years of coaching and he got swept that year.

Go back even further, and Maurice has been to the playoffs twice in his past 12 seasons of coaching. The Jets have to try literally anyone else next season behind the bench.

@davelozo How will the Leafs lose final game of the season and miss the playoffs? Blow 4-1 lead? Toskola-esque blunder? Shutout by backup?

The Leafs are a second-round team, baby! I thought they’d be a fun bad team this year but they are just fun and mostly good. If they draw Boston or Ottawa in the first round, I love the Leafs. Mike Babcock should get the Jack Adams, but he won’t. Instead, it’ll go to John Tortorella, who will be fired in two years and will result in like the 1,000th, “How can you fire a guy that just won the Jack Adams?” piece.

Someone should compare NHL awards in recent years to other sports and see if anyone gets things as wrong as we do. There’s no way it’s close.