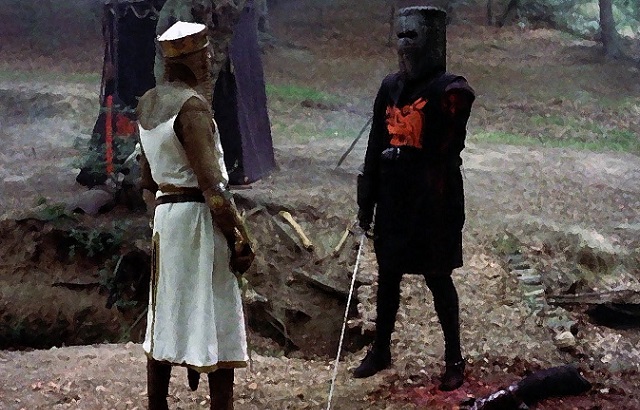 You can always count on the NHL Mailbag, unlike Las Vegas, which you can’t count on for a good nickname. No gambling nicknames? No problem, we have the answer. Would you drop out of the World Cup next month? And now that The Night Of is over, what can we hate watch together? All those answers and more in the mailbag!

@davelozo if you could name the Vegas hockey team what name would you give them?

The Las Vegas TBDs’ name conundrum is asinine. They could be selling merchandise right now if not for myopic owner Bill Foley’s obsession with the word Knights.

The NHL approved the new Las Vegas team on June 22. It’s been two months and the club still lacks a nickname. Foley wanted Black Knights, but the U.S. Army offered resistance. Then plain-old Knights was under consideration, but the OHL’s London Knights presented copyright issues in Canada.

At any point before the team was officially granted the privilege of handing over $500 million, Foley could have emailed anyone at the U.S. Army to be like, “Yo, sup, you cool with me using Black Knights because I love you so much” and been soundly rejected. London has been around since 1968, so it’s not like the name was snagged on June 21.

Foley has since been trademarking all sorts of Knights names, which is fine, but he’s also doing the same thing with Hawks names, which is ridiculous since the NHL already has a Hawks team that’s been around for like 100 years. There are millions of words in the English language and Foley wants to pick one of the 30 already in use. Heck, if you choose to invent words, there’s an infinite supply of words. Be the Las Vegas Harmgroggers. The Las Vegas Fighting Jackflinzies. Attract the kids with memes. The Las Vegas Harambes. The Las Vegas Dat Bois. 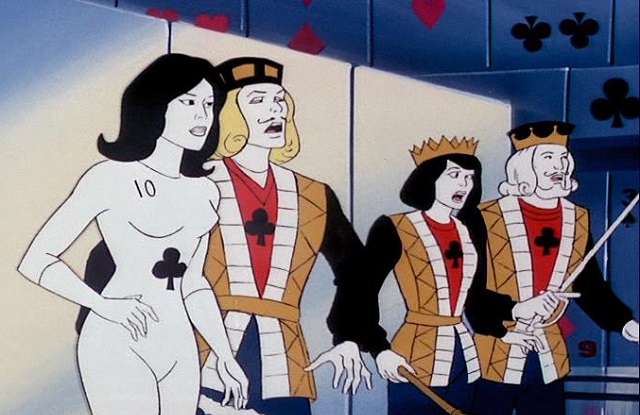 On top of all that, the NHL will not allow the Las Vegas team to use any sort of nickname related to gambling. Yes, an NHL team located in the gambling capital of the free world in a league that is partners with DraftKings (it’s freaking gambling) is not allowed to call itself the Aces or Diamonds or Slots. You can walk a mile in any direction from the arena and bet on the game in any casino. It’s gambling. It’s legal. Embrace it!

I mean, I get that you’re already trying to pretend CTE doesn’t exist, but don’t extend that philosophy to gambling too.

Meanwhile, in baseball, what is the team’s best pitcher called? The ace! My word! The elders will be vexed upon learning this news!

Las Vegas Diamonds. It’s perfect. A diamond is a picture on a playing card, but it’s also a jewel. They can take the ice to a dance remix of the James Bond tune “Diamonds Are Forever” and have Neil Diamond play the first national anthem at the arena. It’s an excuse to play Al Pacino’s best scene from Ocean’s Thirteen on the scoreboard, too.

I’m tired of having to think of everything for this dumb league but here’s another free idea for you idiots. See you in 2017, Las Vegas Diamonds.

2. The Power of Purple

When I worked at the NHL, I got an employee discount at the NHL Store. I used it mostly for t-shirts, but I bought a half-off purple Vancouver Canucks jersey for like 40 bucks. It’s in my closet right now and I think I’ve worn it twice. I’d like that 40 bucks back.

@davelozo how many NHL teams at the end of a game give their fans a stick salute?

Posting this here to let everyone know there’s an appetite for StickSalutes.com, the site that tracks a thing four of you care about.

4. Hands Off My Offseason

@davelozo is it possible that Phil Kessel just doesn't want to play the WCOH? Can/should players choose to decline an invitation?

I would decline the hell out of a World Cup invite. At the end an NHL season, I am exhausted and all I do is sit on my ass during games. If I played 100 games over seven months (I’d make the playoffs every year), I’d use every last second of offseason to rest for the following season.

The season runs from October to June if you’re on a great team, October to May if you’re on a good team and October to April if you’re on a bad team. That’s between seven and nine months of utterly grueling hockey. Why would I want to add another month to that? If I go or don’t go, it’s the same extra revenue in my pocket and I can save a few weeks of wear and tear on my body.

So as NHL players start dropping out, keep that in mind. This isn’t the Olympics. If you’re a player that’s recovering from anything and doesn’t feel 100 percent now, stay home and let the jets of your hot tub soothe your aches. Ten years from now, nobody is going to remember if you won the World Cup.

@davelozo So what can we hate watch now?

Now that The Night Of is over, we can focus all our hate on Ballers, a show that wants you to believe an NFL team is going to draft a kid in the top five because he ran really fast on a beach and Mark Schlereth ranked him high on his draft board. “All my scouts told me he’s not a first-rounder, but Jay Glazer gave his seal of approval so let’s take him with the fourth pick.” It’s very possible Peter Berg is the worst sports fan in the United States if he thinks these are things that happen.

We’ll find out, right after this.

@davelozo What are the best books about hockey and why aren't there more? 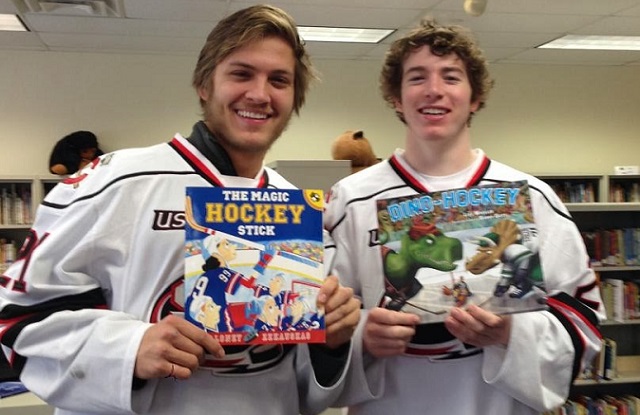 – Puck In The Weiner: How One Slapshot Ruined My Childhood But Led To The Invention Of The Protective Cup — Gordie Gumpstrom (1908)

– The Original Sex: One Hockey Player’s Quest To Do It In Every NHL Arena — Tunt Holebody (1969)

Those are all real books. Search them on Amazon. Thanks for reading.