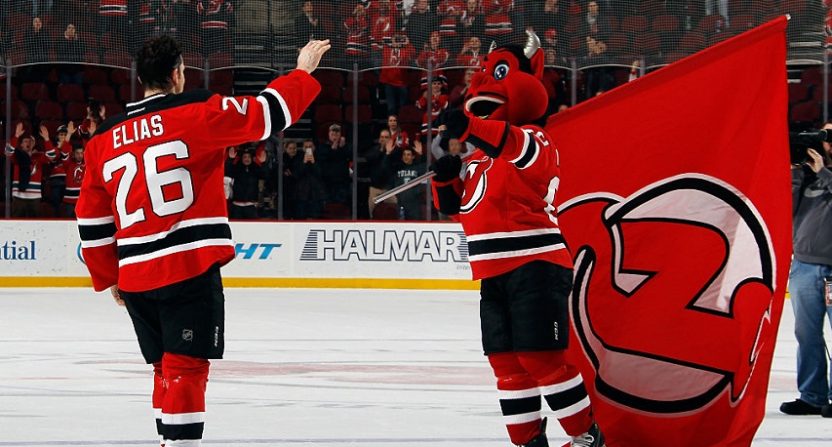 1. What a pizza garbage

(looking at you, peas and mayo pizza guy)

If we’re being honest, if you asked me to choose between bringing Prince and David Bowie back to life or erasing 2017’s attack on pizza, I’d choose… I’m being told by my lawyers to plead the Fifth on this.

Look, I get it. We’re talking about pizza. How someone eats their pizza is their business. No one should be able to tell someone how to eat pizza. What happens between a person and their pizza in the privacy of their home or on a restaurant table in front of dozens of paying customers is their business. There should not be interference from the government. 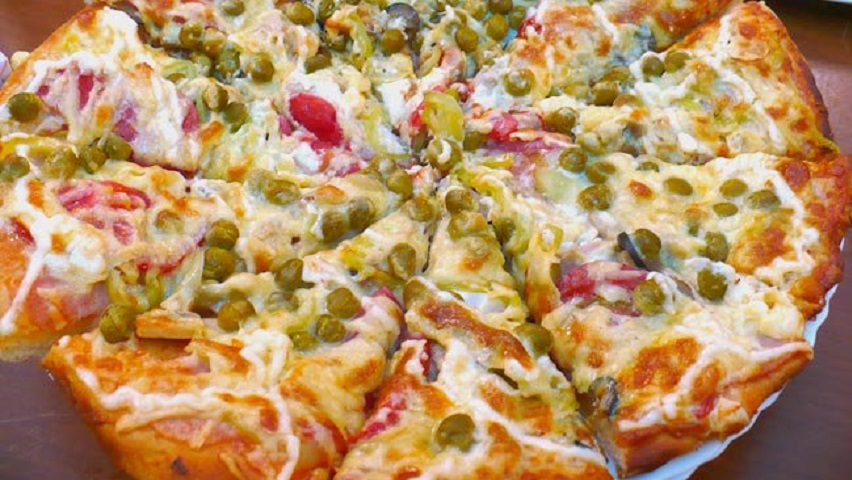 But what is this peas and mayo pizza shit? How did we get here? Can I pin this on millennials? Is the chef who invented this some 23-year-old guy who got a bunch of cooking competition participation trophies instead of having someone tell him his concoction was gross as hell? Because at some point, nurturing a child’s dreams stops being a good idea and that point is when the child says, “Let’s make pizza with peas and mayo as toppings” and I can smell it at the table next to me.

Then there’s the whole pineapple on pizza thing. My theory is the people who like that crap invented the peas/mayo thing to say, “Come on, I know you don’t like a sweet fruit mixed with your cheese and sauce, but at least it’s not PEAS and MAYO on your pizza, right?” It’s crap like this that has people suddenly thinking George W. Bush was a decent president because our current one craps his diaper whenever he gets a tough question from the media.

I am all about acceptance and love. Everyone should welcome people from all walks of life to better understand one another and bring about a peace in the world that generations have only dared dream about.

But get that peas and mayo pizza out of my country.

2. When in Rome, eat as the Romans eat

@davelozo is Nolan patrick's dislike of pizza gonna cost him when the draft rolls around? If so, how much?

Nolan Patrick is from Winnipeg. Do they even have pizza there? Edible pizza? Let’s give him time to tour America with his new team next year and try the local delicacies. This is like growing up in Nebraska and saying, “I hate bagels.” Of course you do. Come to New York or Montreal and then tell me you hate bagels.

Sorry, Nebraska. Maybe your bagels are good. I doubt it, though.

@davelozo What's your opinion on the possible Elias return to close out the season?

I love Patrik Elias. His career dates to when I cared about the Devils. In his prime, he was a genuinely fun player to watch. And as a person, he was terrific to interview.

The Devils are done. They’re not making the playoffs. And because of his murky situation after last season and lingering comeback attempt this season, Elias never got the final lap a player of his caliber — 20 seasons with one team, 1,025 points, two Stanley Cups — deserves.

So if Elias’ knee is good enough to play in the NHL, I say let him dress for the final four games of April — three are at home — and let fans give him a proper goodbye. The Devils let Martin Brodeur play an entire extra season when he was done. The least the Devils can do for Elias is give him three more home games before it’s all over.

4. Stars at night, not big and bright

@davelozo Will the Stars ever be good again? Why don't yall talk about Whataburger when you talk about fast food?

On an episode of Puck Soup before the season, I definitely muttered something about having concerns about the Stars. I still picked them to make the playoffs, because I’m an idiot — so I feel like I was at least somewhat ahead of the curve on the collapse of the Stars.

That goaltending isn’t going to fix itself. Jim Nill won’t make the same mistake he did this past summer by standing pat with Kari Lehtonen and Antti Niemi, but whomever he adds isn’t guaranteed to be an improvement.

Remember how we kept hearing about the greatness of the Stars’ young defense? Is anyone still confident in that group heading into this offseason? There’s still potential there, but this season from John Klingberg should be worrisome one year after he was a legitimate Norris Trophy candidate.

And there’s not much to love in the forward group beyond Jamie Benn and Tyler Seguin. Jason Spezza isn’t getting any younger and Patrick Sharp’s contract is up after an injury-riddled season.

This is the NHL, where a one-year turnaround after a bad season isn’t uncommon. The Stars can pull it off, but it may need to be with a new coach and/or new goaltender.

5. The defense is an escape goat

@davelozo Pittsburgh Defense situation? Also, who do you think the western conference will have in the SCF? East is stacked this year

Think of the Penguins defense as The Office. Kris Letang is Michael Scott. You can lose one or two of the supporting cast members and plug those holes with replacement-level parts and still be good. But the moment the star of the show disappears, you may as well cancel the whole thing.

Or you can limp along for three more seasons and let Will Ferrell or James Spader run your power play and play big minutes. But in your heart, you will know it ended when Letang left the show.

That metaphor is muddled and confusing, but you get the point.

6. They’ll rip your lungs out, Jim

@davelozo which hockey player (any era) would be able to take on a wolf 1 on 1 Arian Foster styles.

Arian Foster is a lunatic. A wolf would take down any human 1-on-1, except for maybe that guy who plays The Mountain on Game of Thrones, which by the way is a show that proves wolves will destroy you, because the show is real and the wolves are real.

A wolf will rip out your throat like Patrick Swayze in Road House. I don’t know why Foster thinks an animal needs to take biology classes to know where throats are.

@davelozo the teams in the Mighty Ducks D2 tournament has always puzzled me.thoughts? Iceland a superpower, Trinidad and Tobago in tourney?

You know how in sports movies, they don’t get rights to the MLB or NFL names so they wind up with the New York Outlaws and the Los Angeles Gunners? Maybe it’s the same for international hockey. Like, Sweden can go, “Yeah, we don’t want to be part of this,” so you get to work over countries that don’t have a hockey program.

Or maybe they had the script all written where it was the Ducks vs. Russia but someone at the studio said, “Don’t buy it. What is hockey? A game on ice. Ice. Ice. Ice. I got it! Iceland! A land of ice! They must be best at the game!”

At that point, the shattered screenwriter agreed and the rest is history.

8. Give it a little time

@davelozo is it too soon to say the sabres are wasting Eichel? Asking for a friend….

Is it too soon to say the Sabres are wasting a career that isn’t two seasons old yet? Hang on. Let me think this over and get back to you.

@davelozo If you were an Avalanche fan in possession of a cryogenic tank, when would you want to wake up?

11. Where old Rutgers evermore shall stand

Jesus. I’ll say Rutgers football. You can technically go 5-7 in college football and make a bowl game. That seems more likely than the Devils getting 95 points or RU basketball winning 23 games (or five straight in the B1G tournament this week).