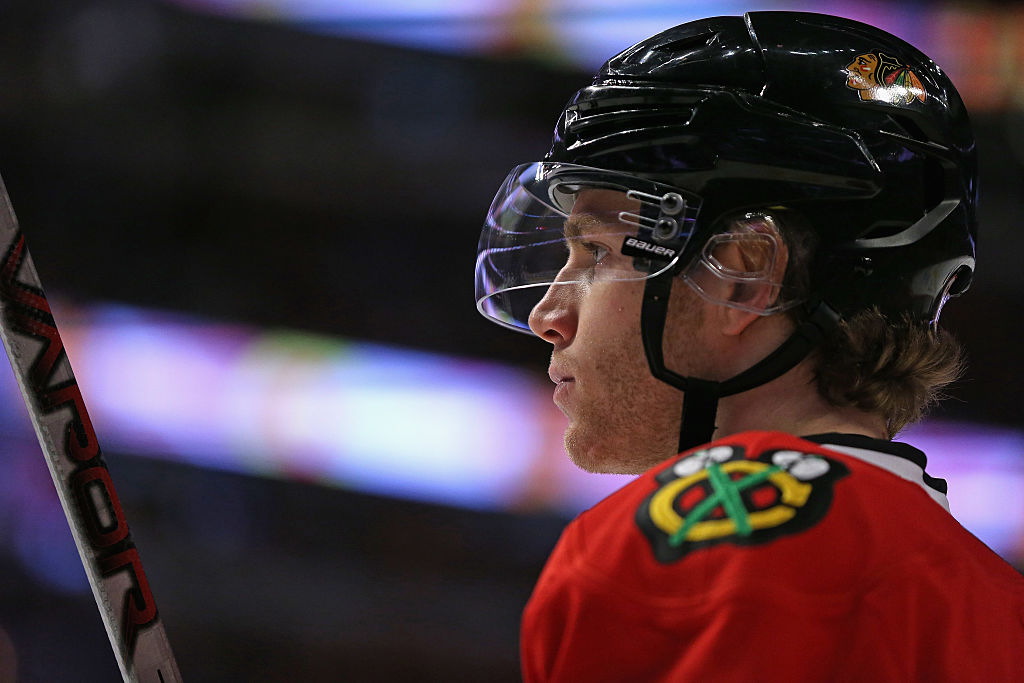 Language is important. The meaning of words, the context in which they are used, their intent and presentation greatly matters.

The NHL released a statement at 3:15 on Wednesday. Within it contained the following sentence about its investigation into rape allegations against Patrick Kane: “Based on its review, including the determination made by the Erie County District Attorney not to pursue charges, the NHL has concluded that the allegations made against Kane were unfounded.”

Unfounded is a heavy word when coming to a conclusion about a rape allegation. Allow me a dispensation afforded to high school kids in a journalism class so I can copy and paste the definition of unfounded, which is: “having no foundation or basis in fact.”

Some synonyms for unfounded include fabricated, false, deceptive and untruthful.

In other words, the NHL called Kane’s accuser a liar.

That’s a big word and in this context, it requires the slinger of that word to show their homework. If you call someone a liar because they claim to have met Albert Finney on the set of Annie in 1981, it’s forgettable; if you publicly exclaim that someone lied about a sexual assault allegation, you have to show how you came to that conclusion.

It’s important because in the realm of sexual assault, women are afraid to come forward for a myriad of reasons, one of them being the fear of being called a liar. As of this moment in time, none of us know for sure what happened in Kane’s home with his accuser, and that includes future victims of sexual assault. To ask those people to believe the word of a sports league that commissioned the Guardians Project without showing how they deemed this particular allegation ‘unfounded’ is asking too much.

When an entity as massive as the NHL calls a potential rape victim a liar, it carries authority. It’s damaging. It’s the difference between saying there wasn’t enough evidence to support the claim and saying the claim was ‘unfounded.’ The NHL chose the latter while simultaneously closing the door on the topic in the same press release. If the NHL found a smoking gun that legal authorities did not, now would be a great time to show it.

Then there’s the intent of using the word. Unfounded. Why did the league go so strong with this statement while offering no evidence of the so-called ‘unfounded’ allegation when the legal investigation, while it grossly hinted that this was a false claim, came across as softer in comparison?

Kane is very likely going to win the Hart Trophy this season. He is a superstar, one of the few players the league chooses to market (at least, before the original allegation). The Blackhawks are also one of the few teams the NHL chooses to market, so the task of polishing Kane’s tarnished image starts with this press release. “There wasn’t enough evidence to warrant league discipline” leaves streaks while “This accusation was basically a lie” does more to get him squeaky clean.

It behooves the NHL to present the information this way, although in the eyes of Kane defenders, choosing unfounded instead of a softer word doesn’t make sense; if you think Kane didn’t do it and this was all a witch hunt, a one-paragraph press release at 3:15 on a Wednesday isn’t changing minds one way or the other. You’re still buying his jersey and Twitter searching “Kane rape” to harass anyone who isn’t staunchly in your camp.

Hence the issue with using the word unfounded without backing it up. It doesn’t matter to @kanerrrr88 on Twitter but it does matter to victims of sexual assault, past and future. Unfounded is dismissive without showing why it has the right to be that way. People are willing to admit there are false claims of rape, as rare as they may be, but if you’re going to call the woman in this case a liar, we’re going to need a little more than the word of a league that gave John Spano ownership of a team.

Then there’s the presentation of this ‘unfounded’ press release — not so much the release itself but everything surrounding it.

Typically, when the NHL or any corporation has negative news to share, they do so late in the day at the end of the week. While the NHL probably considers an announcement clearing Kane of any wrongdoing a step above that, dropping this decision on the world six months after the initial accusation in the middle of the week seems odd. Why do it then? Why not wait until the day after Kane cleans out his locker at the end of the season and isn’t now open to questions about a topic he said wouldn’t talk about while an investigation was ongoing?

The other PR trick that goes with announcing bad news when no one is looking is announcing good news at the same time to distract everyone from the bad news.

Less than 90 minutes after the Kane press release, Sports Illustrated posted a lengthy feature about Kane. While it falls short of being a redemption piece, it’s hardly a coincidence this story drops on the same day the NHL wanted to let everyone know it concluded an investigation.

About two hours after that, hey, look over here! It’s three outdoor games for next season! It’s the Winter Classic involving — you won’t believe this — the Blackhawks! It’s an outdoor game in Toronto! It’s an outdoor game between the Penguins and Flyers! Look at all this stuff for the media to care about that doesn’t contain the words “Kane” and “rape!”

Everything about the way the NHL presented the Kane information says, “We think she’s a liar, we’re not telling you why, now if you’ll look over here, we’d like to talk about these outdoor games fewer and fewer people are watching every year.”

If the rape claim truly were unfounded, wouldn’t Kane be the first person to demand the NHL make it public? But if ‘unfounded’ was simply a focus group-generated word whose sole purpose was to put the greatest possible distance between Kane and the accusation, it’s unseemly for all the previously stated reasons about rape victims’ fears of having their allegations taken seriously.

Then again, asking a league that couldn’t see the benefit of having John Scott at an All-Star Game to see the big picture on something like this is probably asking too much.