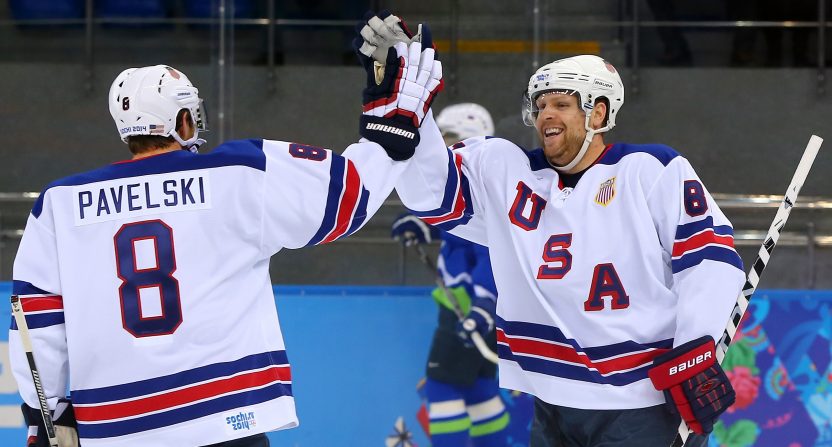 On Monday afternoon, the NHL announced what many fans had feared was coming for quite some time. The league will not be taking a break next season to allow its players to participate in the 2018 Winter Olympic Games at Pyeongchang, South Korea.

This decision shouldn’t come as a shock to many. The NHL has been trying to weasel out of the Olympics since the conclusion of the Sochi games in 2014.

As expected, the players were not happy, with many of them voicing their frustrations on Twitter. The NHLPA issued a strongly worded statement expressing their disappointment over the decision.

There are certainly some valid reasons as to why the NHL might not want to participate in Pyeongchang. Notably, the time difference would make it very difficult for the NHL’s fans in North America to even watch the games. But don’t get me wrong, this decision comes down to one thing.

The NHL doesn’t make money on the Olympics. The Olympic hockey tournament is an IIHF event with the IIHF and the IOC raking in the spoils of the tournament. The NHL doesn’t see a dime, so it’s understandable that their greedy money-first owners want out.

Tell us what you really think, Erik. Here's @erikkarlsson65 with blunt comments about @NHL's decision to not go to @pyeongchang2018. #Sens pic.twitter.com/zerbUXzare

If you’re a hockey fan, it’s hard not to side with the players here. The owners, who have caused two lockouts in the past 12 years, are thinking with their wallets first and not even accounting for the desires of the players and fans or even for the future of the sport.

International hockey is a sport with a deep tradition. It’s not as deep as soccer, but it certainly means a lot more than international basketball or baseball. It’s responsible for the greatest sporting moment in American sports history and while amateurs may not be playing anymore, fans want to see the best players go at it on the ice for their countries.

Ultimately, fans of international hockey will find a way to watch. Two of the best hockey games I’ve seen have been international contests (the 2010 Olympic Gold Medal game and the 2017 World Junior Championship Gold Medal game, both USA vs. Canada). I will also never forget standing in a packed bar, many people who were just casual hockey fans, at 7 a.m. to watch TJ Oshie and the Americans defeat Russia in a shootout in 2014.

It may be great that fans like myself will watch. The problem is that we would watch anyway. Without the star power, there’s no way for the NHL to attract the eyeballs of the casual fan.

The NHL thought that they had a solid fallback plan. They would give fans their best-on-best tournament with the World Cup of Hockey, a tournament created by, and under the control of, the NHL.

But of course the NHL screwed that up when they introduced a a very strange format for the tournament that included a Team Europe and a controversial Team North America that included the best under-23 players from the United States and Canada. The format left American fans puzzled over who they should be rooting for. The actual Team USA wasn’t competitive, which was mainly a result of the best players playing for Team North America. How could American fans really support a team that wasn’t entirely American?

The decision comes as a bigger blow to American fans simply because there is more talent in the American player pool. The United States has won two World Junior Championships in the past five years. In between those triumphs, the country has also produced the No. 2 pick in the draft (Jack Eichel) and the No. 1 overall pick (Auston Matthews). Fans want to see those players, along with young exciting studs like Johnny Gaudreau, J.T. Miller, Jacob Trouba and Seth Jones, combine with stars like Patrick Kane and Phil Kessel who are both nearing the end of their prime and are looking for one last shot at Olympic glory.

What the NHL is missing are all the tangible benefits that they could have gained from participating. Sending their stars to South Korea would give the sport of hockey exposure in a market where they have none. It’s a chance to reach a whole part of the world and get them interested in the game.

Disappointing news, @NHL won't be part of the Olympics 2018. A huge opportunity to market the game at the biggest stage is wasted..

The NHL should be aware of these benefits first-hand. In 1996, the league moved the Winnipeg Jets to Phoenix, Arizona — a market that had no business having an NHL team. At the NHL level, it’s hard to call the Coyotes a success. They’ve had very little on-ice success and are consistently in the basement of the NHL when it comes to attendance.

What the Coyotes have done is give hockey a foothold in a market where it had none, and that foothold culminated in Scottsdale, Arizona native Auston Matthews becoming the first pick in last year’s NHL Entry Draft. Matthews was born in 1997, a year after the Coyotes moved to Arizona and it’s easy to assume that if the Coyotes didn’t exist, Matthews wouldn’t be a hockey player.