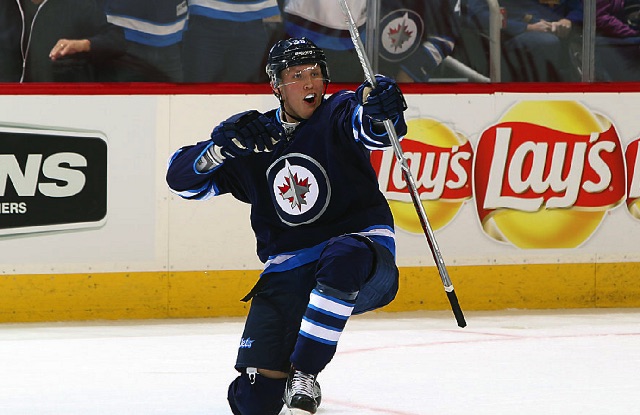 The NFL has dominated the sports TV ratings landscape forever, and even if the league has taken a dip this season from Almighty Gods to Still Very Mighty Gods, it remains the benchmark for all North American sports leagues.

How did the NFL get to this point?

There are dozens of reasons big and small for this level of success, from its deep roots in American culture to its event-like feel, thanks to a once-per-week schedule. But it certainly didn’t hurt having Tom Brady and Peyton Manning as the league’s driving forces for 15 years and Tony Romo guiding the Dallas Cowboys, perhaps the NFL’s most marketable franchise.

Stars driving ratings is every league’s dream. Unlike the NHL, NFL teams are based entirely in the United States, which means whether the stars are in Denver, Indianapolis or New England, the ratings when these teams and their stars play would always be through the roof, and having these players in front of national audiences four or five times per year is a great way to attract eyeballs new and old to said game.

The NHL has Sidney Crosby in Pittsburgh and Alex Ovechkin in Washington, and they will likely be there until the league’s contract with NBC ends after the 2020-21 season. The budding problem for the NHL, a league desperate to grow but seemingly lacking an understanding of how to do that, is that Crosby and Ovechkin are entering the back end of their careers and the next wave of superstars is located almost entirely in Canada, a country that may as well not exist in the eyes of NBC.

While the NFL never has to worry about its best players existing in Toronto, Winnipeg and Edmonton, this is exactly the problem facing the NHL. Auston Matthews of the Maple Leafs, Patrik Laine of the Jets and Connor McDavid of the Oilers are destined to become the Next Big Things in the next two to three years and will likely have to do something miraculous to find themselves playing in front of a national American audience regularly.

NBC Sports Executive Producer Sam Flood admitted the only reason the second Toronto Maple Leafs game of the season aired on his network was because Matthews scored four goals in his NHL debut: “This is purely based on a player. No reason we’re doing this other than Auston Matthews.”

This is great news for hockey fans who want to see the sport’s most exciting players because all it takes to get one on the only American network that carries the NHL is to have one of them score an unprecedented four goals in their first career game. No problem, fans!

This is a problem with no solution. If NBCSN airs more Winnipeg, Toronto and Edmonton games, the ratings won’t be as good as when they air Buffalo, Philadelphia and Chicago games. The NHL has always been a tribal sport with fans less willing than NFL fans to watch a quality primetime matchup. But with the added caveat that fans of Canadian-based teams can’t see NBCSN, it’s a doubly bad proposition for the network, as Canadians couldn’t flip on NBCSN if they wanted.

During the World Cup, the NHL said they didn’t care about the poor ratings on ESPN, that growing the game was the most important thing. Fact check: When a sports league says it cares more about literally anything other than money, it is lying to you.

But let’s say the NHL cares more about growing the game. Putting McDavid, Matthews and Laine in front of American audiences as often as possible should be their prime objective over the rest of this contract with NBCSN. If NBCSN airs Toronto-Winnipeg instead of Buffalo-Tampa Bay, will the ratings be worse with the Canadian squads? Of course. But if American audiences are allowed time to get to know these players and their incredible ability, that audience will grow over the coming years.

NBCSN very likely and understandably has no interest in the long game of convincing Americans to care about the Oilers, as the network is already halfway through the contract that may never be extended when it expires. Lower ratings means lower advertising rates, and NBCSN shouldn’t want to prime the pump on Canadian-based superstars if the next American TV contract goes to ESPN, Fox or anyone other than NBC.

Maybe it’s time for the NHL to see if NBCSN wants to remain a partner beyond 2021, because a new deal beyond that would provide NBCSN with the long-term incentive to ensure more Canadian teams on American airwaves.

As is tradition with the NHL, it’s the fans that will get screwed in all of this. Heck, they already got jobbed on Wednesday, as NBCSN aired a “Rivalry Night” game between the Rangers and Red Wings, two teams that are very much not rivals. It was an action-packed 2-1 game (no sarcasm), but it was between two teams American audiences already know that starred Jimmy Howard, a backup goaltender that isn’t drawing fans to their TVs.

The only other game on the schedule that night — Toronto vs. Winnipeg, which featured Laine’s first career hat trick and the Jets erasing a 4-0 deficit to win 5-4 in overtime. Laine scored the winner seconds after Matthews was denied on a breakaway in a matchup of the 2016 draft’s top two picks. It was appointment viewing unless you wanted to make that appointment in the United States and you don’t pay for the Center Ice package.

Sure, there’s no way NBCSN could have known that the Leafs-Jets game would be a thriller, but the 1 vs. 2 storyline was a pretty good one. This past Wednesday will likely be a microcosm of things to come, when you are watching a boring 10:30 game between the Sharks and Kings on NBCSN while McDavid is having a five-point night against the Calgary Flames in the foreign and magical land known as Canada.

McDavid, Matthews and Laine will very likely find themselves with their current teams when the next NHL TV contract is doled out in five years. Good luck convincing NBC or the new cable network to air more of their games when they spent the first part of their careers in relative American anonymity.