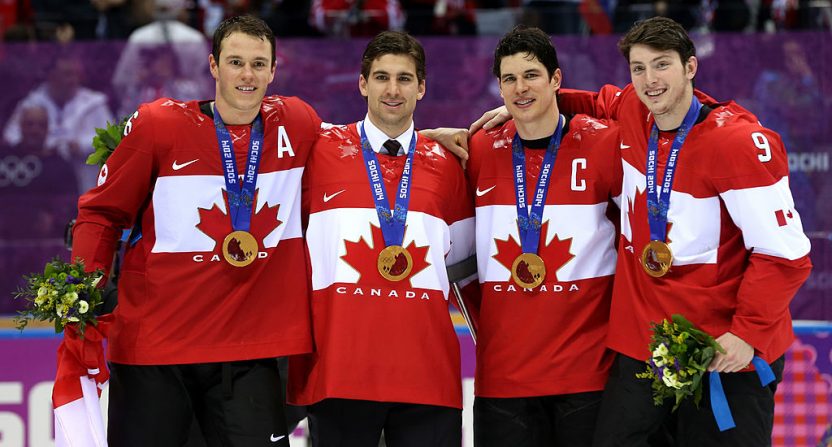 After months of speculation, deliberation and public negotiation through the media, the seemingly inevitable is now reality: the NHL won’t be pausing its 2017-18 season to send players to the 2018 Winter Olympics in Pyeongchang, South Korea.

Here is a statement from the NHL on the decision:

NHL says no Olympics in 2018. Their statement. pic.twitter.com/ycj3v9net7

Most of the opposition to the NHL’s participation in the Olympics came from owners who did not want to see the league shut down for almost a month with no appreciable financial benefit coming their way or the league’s way, and with the negotiations for participation becoming tougher and tougher with each passing Olympic games, the NHL finally decided it wasn’t worth it.

The IOC paid the players’ insurance and travel costs for Sochi four years ago at a cost of $14 million, but refused to do that again this time. According to Elliotte Friedman of Sportsnet, there was a final attempt at giving the NHL some of the TV rights/sponsorship money for hockey, but that didn’t go anywhere either.

Now that this question has been solved, many more become open-ended. How will certain teams react if their team has players that would like to go to the Olympics? Capitals owner Ted Leonsis has said he will not stand in the way if Capitals players, specifically Alex Ovechkin, want to go to the Olympics, but Senators owner Eugene Melnyk has said he wouldn’t let Erik Karlsson play. And each of the 31 teams will have to answer questions like this throughout the fall next year. And who exactly will represent the US and Canada, whose teams have all been NHL players since 1998? How will the NCAA and CHL seasons next year be affected by this decision?

And then there is the question of the 2022 Winter Games in Beijing, and the NHL’s eager interest in China. The IOC has threatened that participation in Beijing was tied to participation in Pyeongchang, but obviously that didn’t scare the NHL. The league is playing two preseason games in China this September, just saw its first Chinese born player drafted in Andong Song, and there is keen interest in growing the league and sport in that country in conjunction with the Chinese government’s willingness to spend money on sports infrastructure. These questions will have to wait.

But for the first time since Lillehamer in 1994, the Winter Olympic Hockey tournament will not have NHL players in it. It is a shame, but this is the NHL, and for the first time they found no appreciable benefit either for publicity or finances to shut down their league and send players on over.