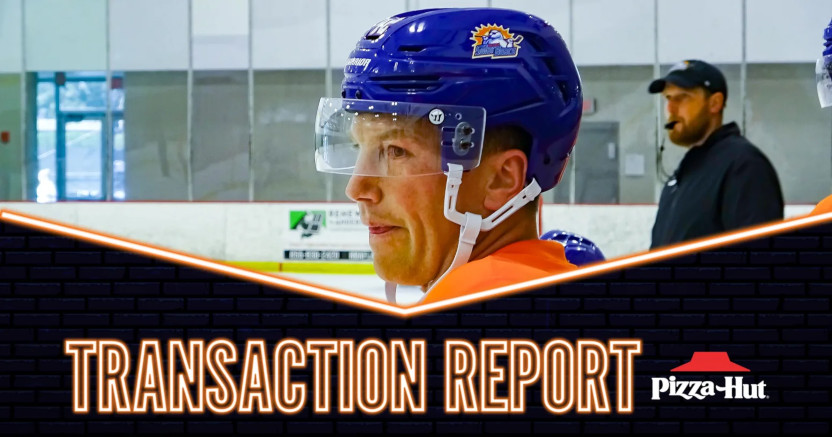 The ECHL‘s Orlando Solar Bears, a minor-league affiliate of the NHL’s Tampa Bay Lightning, got a lot of attention this week for a signing that only lasted two days. And they put out a lot of different Twitter content on that. On Wednesday, the team tweeted that they’d signed 41-year-old forward Sean Avery, who last played professionally in 2012 with the NHL’s New York Rangers. They then spent much of Wednesday and Thursday posting Avery-related content, including a link to buy custom jerseys with his name. And then, on Friday, they announced that they’d released Avery. Here’s how that all played out:

We have signed Sean Avery to an ECHL Standard Player Contract in our latest @pizzahut Transaction Report: https://t.co/SPjjyczoyP

After experiencing the joy of teaching his young son how to ice skate, Sean Avery has dipped his toes back into pro hockey with the Solar Bears: https://t.co/LZPhllLpzD

In fairness to the team’s social media department, they put out plenty of content about their other players and games during this span as well. And all of these posts make sense in their own ways; of course they announced when they got Avery, and the quote-tweet of Barnaby’s prediction that this would never happen had some logic to it, and the jersey note may have come after people had asked how to get one.

It’s notable that Avery has long had a lot of discussion about him, for everything from on- and off-ice insults to The Sean Avery Rule to his fashion, modeling, and acting  interests to a couple of post-career controversies. So there’s a lot more interest in him than in your average pro who last played professionally in 2012.  And that leads to the incentive to put out more tweets about him. (He has 75,000 Twitter followers himself, as well, and has been retweeting lots of pro-convoy and anti-mask mandate tweets recently.) And it’s certainly not the social media team that made the decision to release Avery.

And the Pizza Hut sponsorship of the Solar Bears’ transaction reports happened long before this move. Sponsoring transaction reports still seems a little weird, but there are a lot of teams doing it these days in both minor and major leagues. Add that all up, though, and it led to quite the level of documentation and Twitter chatter about a 41-year-old who hadn’t played professional hockey in a decade, and then only returned to it for two days and no games.