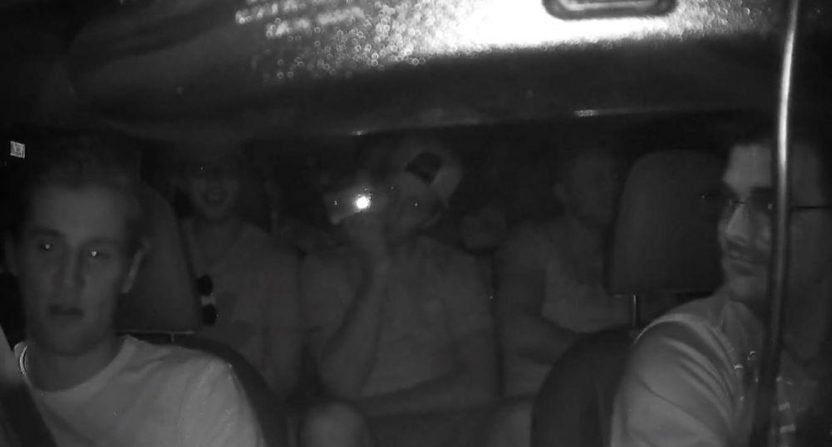 It’s never a good look when organizations remove access for media outlets in the wake of a critical piece, and that’s what appears to be going on with the Ottawa Senators. As Postmedia’s Michael Traikos writes, the team is the only NHL team that currently allows media members on its chartered flights, but they removed that access for Ottawa Citizen/Ottawa Sun (both part of the Postmedia chain) reporter Ken Warren at the last moment Friday. And they did so after those papers republished the YouTube video an Uber driver in Phoenix recorded of some players criticizing the team’s coaching staff (screencap seen above), making this certainly seem like a retaliatory move. And as Traikos notes, it’s not the first time the team’s kicked a reporter off their plane:

Days after the Ottawa Citizen and Ottawa Sun published a leaked video that showed a vanload of Ottawa players talking crap about an assistant coach during an Uber ride in Arizona, the Senators informed veteran hockey reporter Ken Warren that the Sun and Citizen would no longer be allowed to travel with the team.

Warren was literally standing at the airport gate when he was kicked off the flight on Friday, and though he got on a later commercial flight, he ended up missing that day’s practice in Tampa Bay.

…Also on the Senators’ growing no-fly list is TSN reporter Brent Wallace who, prior to the team’s Parliament Hill game last December, had the audacity to ask owner Eugene Melnyk about a report that suggested he had been withholding bonus money from his employees.

Once the cameras were turned off, bystanders saw him turn to Wallace and say, “I’m going to bury you.”

Yes, teams are absolutely under no obligation to let reporters on their flights, and as Traikos notes, the rest of the NHL teams don’t follow this practice any more. But the timing of the Senators moving away from this for these particular reporters under these particular circumstances is absurdly petty, and the lack of notice makes it worse. This is yet another bad move from Ottawa, which recently traded Erik Karlsson for peanuts, saw GM Pierre Dorion struggle for anything to be optimistic about, and saw Melnyk appear in a bizarre video on the team website. They’re not winning anyone over with this kind of behavior, and booting a reporter off the team flight (and apparently not for anything he wrote or anything his paper originally published, but rather their reposting of an existing video) isn’t going to help their cause.