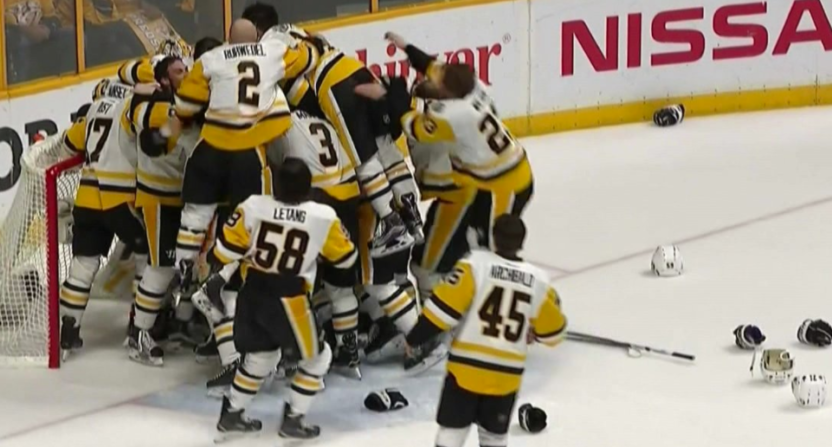 Since the Pittsburgh Penguins were crowned Stanley Cup Champions for the third time in nine years Sunday night, people have (fairly) began to consider whether or not they are a dynasty.

This is not an unfamiliar conversation. There were premature dynasty talks after the Los Angeles Kings won their second Cup in three years in 2014. In 2015, the Chicago Blackhawks earned the label after winning their third title in six years.

Some might find it odd that three franchises have won eight of the last nine Stanley Cups, but they shouldn’t. The NHL is, and always has been, a dynasty-driven league.

The NHL and NBA are often compared in the postseason, generally putting the NBA in a negative light for its lack of parity. Although the Association has significantly higher ratings and cultural impact, some sports fans bemoan the alleged lack of drama and wish the league were more like the NHL, where “anything can happen” in the playoffs.

Of course, that’s not true. The NHL isn’t the NBA exactly; it’s more like the NCAA basketball tournament. Anyone can lose, but not anyone can win. In fact, more NBA franchises have won titles this decade (six) than the NHL (four). Randomness is often discussed as one of the most important factors in the NHL playoffs. But there is nothing random about which teams dominate eras. There never has been.

The NHL had to be dynasty-driven before 1967 as there were only six teams in the league. With the Blackhawks, Boston Bruins and New York Rangers struggling through most of the 1940s, 50s and 60s, the Montreal Canadians, Toronto Maple Leafs and Detroit Red Wings essentially shared a three-decade dynasty.

Expansion didn’t do much to slow this trend. Montreal and Boston won the first six titles of the post-expansion era. The Philadelphia Flyers were the first expansion team to win it all in 1974 and 1975, before falling to Montreal in 1976. That was the first of four straight titles for Les Habitant.

The end of the French-Canadian reign, which coincided with the retirement of legendary goaltender Ken Dryden, led directly to the New York Islanders dynasty. Mike Bossy and Co. won four straight titles, the last of which came against the upstart Edmonton Oilers in 1983. The Oilers came back and got revenge on the Islanders in 1984 and began a dynasty of their own, winning five championships in seven seasons.

The history of the league is essentially a continuous story of one dynasty leading into the next. The only time that’s been interrupted was by accident. The Oilers fizzled out earlier than they should have because owner Peter Pocklington was broke. The Penguins, led by Mario Lemieux, picked up the slack in 1991 and 1992, but were undone by injuries to their star player. The Canadians and Rangers won Cups in the meantime.

Between 1995 and 2003, the Colorado Avalanche, Dallas Stars, New Jersey Devils and Red Wings won every title and combined to appear in three more Finals. Tampa Bay broke that streak in 2004, but was not allowed a shot at repeating due to the season-long lockout.

After the wonky 2005-06 season, normalcy again took hold. An Anaheim Ducks team featuring past, present and future stars won in 2007. They haven’t been back to the Cup Final since, but they’ve been consistent playoff contenders. The Red Wings had their last hurrah in 2008, before this current trio of franchises had their time. (The Bruins also won and lost a Cup in that time and were generally lurking between 2008 and 2014.)

The pattern is clearer than we like to pretend it is. The Crosby-era Pens made their first Cup Final in 2008, facing off against the juggernaut Red Wings. Allusions were made to the 1983 final, with the Wings playing the part of the Islanders. The Pens were meant to lose that series, but win many more in years to come. They followed that script to an extent. Pittsburgh came back to beat the Wings in 2009 and left some Cups on the table, but will leave this recent era as the NHL’s most accomplished franchise.

But this era is nearing its end. The Kings haven’t won a playoff series since 2014. The Blackhawks were again eliminated in the first round this season. The Penguins aren’t getting any younger, with Crosby and Malkin both falling on the wrong side of 30 when next season starts.

Maybe the post-Penguins will be different. Maybe the salary cap really will take a toll on the entire league. Maybe parity will reign as it never has before. Maybe continued expansion will dilute the talent pool. Maybe the league won’t be ruled by two or three teams.

Maybe. But I wouldn’t count on it.