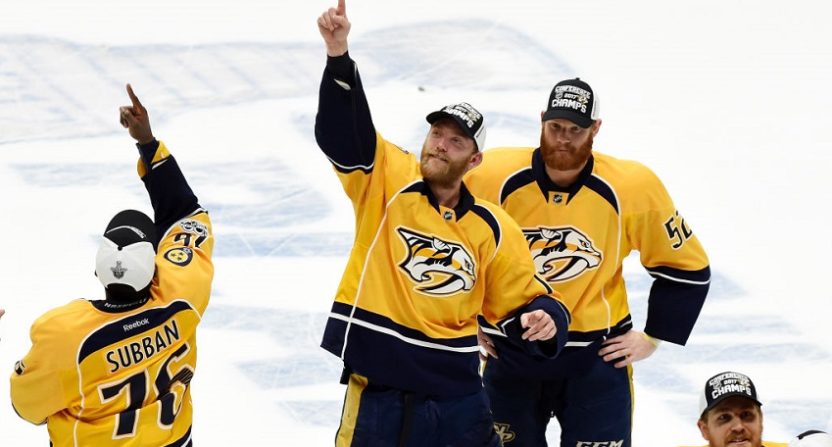 When the Nashville Predators won the NHL’s Western Conference Finals on Sunday, it wasn’t just the culmination of a tough series. It was the result of a 19-year process, one that included building an entire hockey culture from scratch, creating a team identity several times over, saving the franchise from relocation and dealing with a brutally tough conference and division.

These challenges and more, however, aren’t necessarily new ones for expansion teams. To varying degrees, each of the “Big Four” North American pro sports leagues provide an uphill battle for new franchises to get themselves first to the playoffs and second, to actual title contention.

Nashville’s rise was not smooth or linear. And it wasn’t quick, either. But it could provide some insights into how expansion teams can expect to succeed (or not), especially in non-traditional markets. Of course, it’s easy to see some parallels between the Predators’ situation and the one that’s about to bloom in Las Vegas, when the Golden Knights take the ice next season.

To examine the type of path Vegas (and any other future expansion teams) will have in front of them, we take a look at how recent expansion teams have fared in the Big Four.

The NHL went expansion-crazy from 1991 through 2000, adding nine teams (and relocating several more) in a very short amount of time. Of those new additions, all have made the playoffs, though only a few consistently. The San Jose Sharks and Ottawa Senators have seen the most consistent success, with 18 and 16 playoff appearances, respectively. While neither team has won the Stanley Cup yet, both have been there once — San Jose’s first trip was last year, while the Sens crashed the party in 2007. Ottawa is a win away from potentially returning a second time.

But a couple other clubs have provided different barometers for (perhaps) greater success. The Anaheim Ducks have made the playoffs 13 times, and participated in two Stanley Cup Finals (winning one in 2007). You can share similarly positive remarks about the Tampa Bay Lightning too. The franchise has also made two Cup Finals, splitting the pair, winning in 2004 and losing in 2015.

The rest largely show the other end of the spectrum. Minnesota is good, but never great. The Columbus Blue Jackets have struggled for consistency and have made the playoffs just three times. Atlanta/Winnipeg’s been a non-factor. Florida, strangely, made the Cup Final just three years after joining the league (losing to Colorado in 1996), yet have done little since.

Baseball’s expansion franchises have been far less successful than hockey’s. Of the six franchises to join the majors from 1969 to 1977, the Royals and Blue Jays are the only clubs to win championships (two apiece). Though both also waited a considerable time for contention. The San Diego Padres have settled in as an also-ran, and you could probably generalize the Brewers similarly. Seattle and Montreal/Washington have never even been to the World Series, and both have secluded stretches of success to point to.

The more recent additions — Florida/Miami and Colorado in 1993, Arizona and Tampa Bay in 1998 — have fared far better, however. All four have been to at least one World Series, and the Marlins won their first within five years of their founding (they’d win another six years later). That said, those are the team’s only two playoff berths. Colorado failed to make a World Series until 2007, but otherwise, own minimal postseason experience. The Rays’ arc looks similar, with a stretch of success that led to one pennant of their own.

Arizona experienced the most success up front, making the playoffs in year two, then winning it all in year four.

The NBA’s expansion pattern looks more similar to the NHL’s, with seven teams joining the league from 1988 through 2002. As with the NHL, the degrees of success vary wildly, with one team — the Miami Heat — standing over the rest. Miami has three championships, but didn’t win their first until 2006 (18 years in) and also built non-traditionally (via former Lakers, Knicks coach Pat Reilly). Florida-mate Orlando started hot with a little draft luck, and made the NBA Finals relatively quickly. However, the franchise has largely relied on drafting stars over free agency.

No other post-1988 addition has made the NBA Finals. Memphis, Minnesota and Toronto have only made a trip apiece to the conference finals, and all long after their respective founding. The Charlotte and New Orleans franchises have barely sniffed a spot near the conference finals, and neither appear to be close to building a team to get there in the near-term, either. 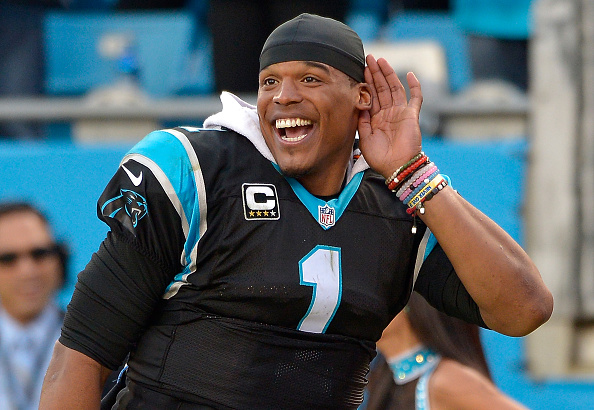 With just four teams joining the league in the past 40 years, you’d think that might make it easier for expansion teams to succeed. But it’s actually been sort of tough for the NFL’s newest members. Jacksonville and Carolina both lost their respective conference championship games in year two, and neither team has won a Super Bowl yet. The Jaguars appeared to be the more successful team up front, including a 14-2 season in 1999. But since then, Carolina’s made two Super Bowls, losing both.

Since arriving in 2002, the Houston Texans have carved out a niche as the NFL’s worst “good” team, repeatedly squandering elite defenses with terrible offenses. But they do make the playoffs regularly enough. The league lists the Ravens as a 1996 expansion franchise, but that’s inaccurate since it took the players and assets from the original Browns. In 1999, the expansion Cleveland Browns arrived and have been a nationwide laughingstock.

Despite the Predators taking a while, it seems clear that the NHL has provided the clearest path for expansion teams to succeed early, or even eventually. League-wide parity and a large playoff field rewards marginal year-over-year gains, and that leads to increased fan interest by way of postseason play.

Across all leagues, teams that have looked to “win now” right out of the gate have knocked on the door early only to fade later. But those that have relied completely on homegrown talent have taken an extended amount of time to finally contend.

Whether it’s the Vegas Golden Knights, any presumed NBA additions or potential newcomers in the NFL or MLB, expansion teams do not have it easy. Sometimes you catch lightning in a bottle like the Marlins or Diamondbacks. But mechanisms around overall league competition, large market pull (recent expansion is rarely in a large market) and fan cultivation all pose tough challenges for expansion teams. Even the Predators made it eventually, though. So perhaps that model — slow, steady, consistent — is ultimately where you see new expansion teams focus their efforts as a new round of Big Four expansion likely looms.