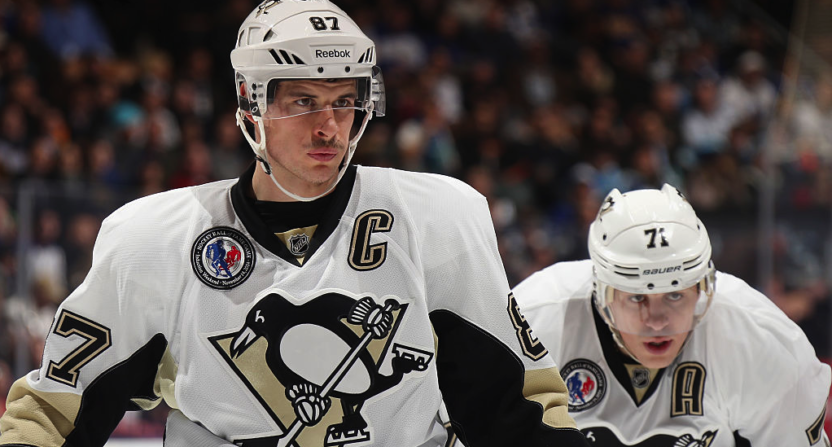 Sports legacies are bullshit. Anyone cramming a sports legacy narrative into your mouth is just forcing their opinion about a player’s career on you, which is fine, but it’s masked in language or fronted by the idea that Everyone Will Think This Way about an athlete.

The only things that can affect sports legacies are crimes. O.J. Simpson’s legacy is not running for 2,000 yards in a single season. Joe Paterno’s legacy is not winning a bunch of college football games.

When the legacy is focused on sports accomplishments, the person telling you about the legacy is almost always doing it through such a choked prism that they can’t see five minutes into the past or at all into the future. There were people who surely said the legacy of Barry Sanders (retired too early) or Jerry Rice (retired too late) would be determined by how they left sports. Here we are, almost two decades later, and their careers are remembered as nothing other than excellent.

That brings us to the legacies of Sidney Crosby and Evgeni Malkin, which are untouchable barring a felony conviction between today and the time they shuffle off this mortal coil.

Someone ESPN hasn’t fired insisted that if Crosby and Malkin fail to win the Stanley Cup this year, their legacies will be tarnished. He said Game 5 is “still shaping up to be a legacy-defining game for the struggling duo of Crosby and Malkin.” It’s a piece that’s heavy on writering and light on understanding literally anything about Crosby, Malkin or hockey itself, really. The piece ends by saying that if the Penguins lose this “legacy-defining” Game 5, it will only lead to “more questions,” which assumes there are already questions.

Consider history for a moment. Patrick Roy is considered by many the greatest goaltender in NHL history. In 1995, he quit on the Montreal Canadiens and was traded to the Colorado Avalanche. In 2002, he allowed six goals in Game 7 of the conference finals against the Detroit Red Wings in one of the worst big-game performances by a great player in hockey history. When discussing Roy’s career, yeah, the first thing comes up sometimes. But that Game 7 loss isn’t much of a big deal, even though the Avs probably win the Cup that year otherwise.

In this year’s Final, the “struggling” Crosby has four points in four games and the “struggling” Malkin has two goals in four games. Crosby delivered one of the more dominant performances you’ll ever see in Game 4, but thanks largely to Jake Guentzel’s inability to bury one of the pucks Crosby set on a tee for him, Crosby finished the night with one point. Malkin should be considered the Conn Smythe favorite if the Penguins win the Cup.

Putting aside the obvious low hockey IQ used to judge Malkin and Crosby in this series, the notion that anything that happens in Game 5 or the next three games will shift perception about the careers of the two best forwards in the game today is about as ludicrous as you can get when writing about legacy.

Crosby and Malkin have two Cups — the most recent one in 2016 — and two Conn Smythe trophies. Crosby was named to the NHL’s top 100 list of the all-time greatest players while Malkin… well, he should have been on that list. Crosby and Malkin could die in a horrible catfish accident during Game 6 and they’d both enter the Hall of Fame the moment they became eligible.

Even as far legacy pieces go, this is the most absurd one you’ll ever find. Two elite, established players with postseason success and dominance on their resumes having it all boiled down to three games one year after winning a second championship.

If Crosby and Malkin go scoreless over the next two games and the Penguins lose in six, are people really remembering this as Crosby and Malkin destroying their legacy? Or will this be looked back upon as the one that got away because of Kris Letang’s terrible injury luck that left the Penguins with a beleaguered group of below-average defensemen?

It’s all bullshit anyway because no matter how the next three games unfold, some sportswriter will never possess the ability to define a legacy. Even right here, where I’m telling you how great these guys are, is also bullshit. Malkin and Crosby have been around for a decade and everyone has already decided how they feel about them.

Think any Rangers fan cares about Mark Messier doing nothing for the Canucks while he played into his 40s? Think any Canucks fan cares that Messier ended the Rangers’ 54-year Stanley Cup drought… against the Canucks, for that matter? Any individual who has feelings about athletes aren’t having them changed this deep into the game by a single game.

Some fans will extoll the virtues of Crosby and Malkin. Others will tell you that Crosby is a baby diver (Baby Diver, in theaters this Friday). Others will tell you Malkin is a lazy Russian that is only as good as he is because he has Crosby as a teammate (and those others are Don Cherry and probably the people voting Guentzel over Malkin for Conn Smythe).

Maybe one game can define a career in ultra-specific situations — John Elway in his first Super Bowl, perhaps? — but if someone is telling you that the legacies of Crosby and Malkin in 2017 (they have like 6-7 more years remaining in their careers, by the way) will be greatly affected by what they do on Thursday, that person has very likely had a new sport thrust upon them because their company fired everyone and this is the best they can do.

1 thought on “Questioning the legacy of Sidney Crosby and Evgeni Malkin? Don’t try to be that guy”