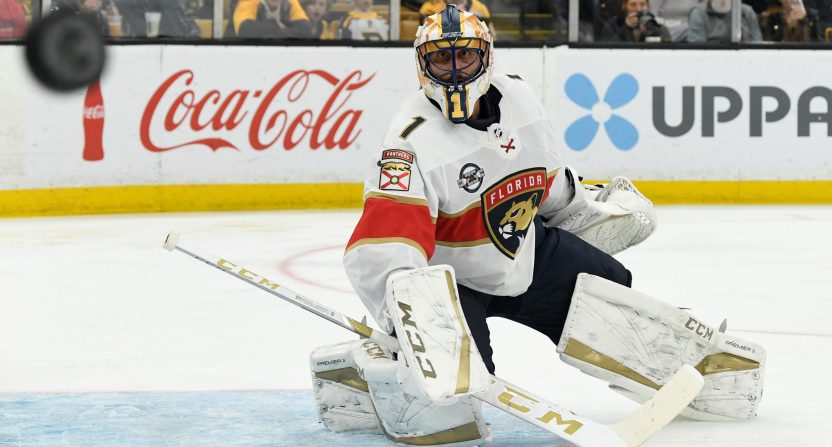 Roberto Luongo is a two-time Olympic gold medalist who won 489 career NHL games, which trails only Martin Brodeur, Patrick Roy, and Marc-Andre Fleury. He’s being rightfully inducted into the Hockey Hall of Fame this weekend. So whatever it was that he did to prepare before hockey games, it apparently worked. It also turns out that it was incredibly gross.

“I used to take 5-6 poops a day,” said Luongo, discussing his pre-game ritual with Chris Cote and Roy Bellamy of The Dan Le Batard Show. “One in the morning when I got up, one when I got to the rink, one after the premeal, one after the meeting before the game. The last one was after warmups with all my gear on. I had to use the handicap stall.”

"What was your oddest game day ritual?" – @__ChrisCote

"I used to take 5 to 6 poops a day…Do you want me to go through all of them?" – Hall of Famer Roberto Luongo

More than anything, that actually just sounds annoying and time-consuming. Also, a shoutout to the plumbers who had to deal with Luongo’s pre-game situation. Luongo spent most of his career with the Vancouver Canucks and Florida Panthers, so hopefully, the plumbing was pretty good in their arenas.

Perhaps the most shocking part of this revelation is how we didn’t know about it until now. Just kinda seems like the kind of thing that would come up before now, honestly.