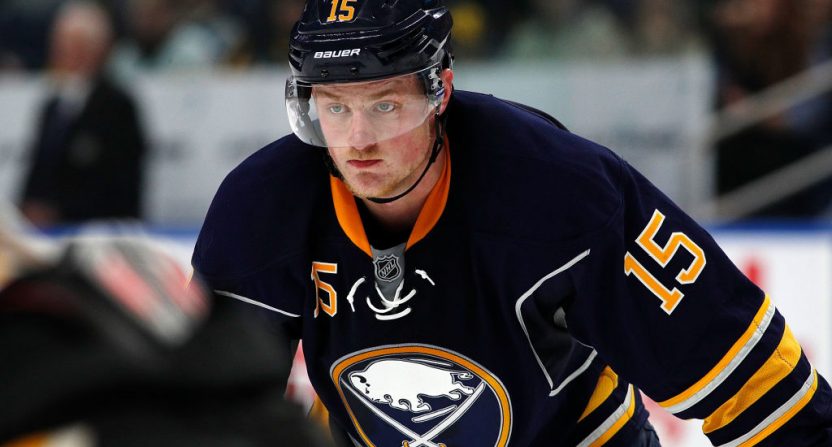 According to John Wawrow of the Associated Press, Buffalo Sabres young star Jack Eichel was due a $2 million bonus if he finished top-10 in the NHL in points per game. He finished 11th… by a difference of a 0.005 points per game average.

Draisaitl trailed Eichel heading into the final game of the season, but Draisaitl had a goal and assist, while Eichel went pointless.

On Monday, Eichel didn’t say anything to the media about the $2 million bonus he reportedly missed out on, but he showed frustration about the Sabres’ season, and made it clear he expects more out of himself:

“My job is to go out on the ice every night and perform, and obviously I didn’t do a good enough job of that. So, that’s the only thing I really look at.”

I’m here to win. It’s pretty frustrating. I think guys want to want to win, but there’s a difference between saying you want to win and actually wanting to win and putting the work in and dedicating your life to it.”

When a reporter told Eichel that he was near a point-per-game player, the Sabres’ center responded, “I wasn’t though.”

Eichel was not a happy camper. Take 1:46 and check out some of his comments. Straight fire, as per usual #Sabres @WKBW pic.twitter.com/IFdphxW9S4

The 20-year-old is a special talent, and it’s pretty clear how much he expects out of himself, as well as how much he cares about winning. If he’s really missing out on $2 million now, well, that really, really sucks. There’s no way around that. But — health provided — Eichel is still going to make himself a lot of money in the future.