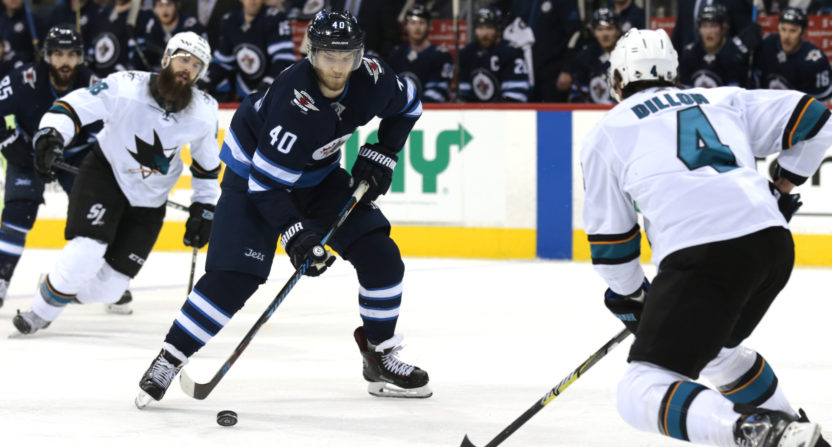 Are we witnessing the beginning of a new rivalry in the NHL? There might be one brewing between the San Jose Sharks and the Winnipeg Jets after several Sharks players bashed the city of Winnipeg as the worst city in the NHL to play in.

Prior to their game with the Jets this week, Sharks players took to NBC Sports California to complain about “cold and dark” Winnipeg.

Sadly, the video lacks any finger snapping you may have hoped to find in a Sharks-Jets rivalry. Yes, we really did just make a West Side Story reference.

The Sharks players had some harsh words, but that “Woo. Winnipeg. Can’t wait.” caption from NBC Sports California is particularly brutal.

The Jets may have had the biggest laugh as they crushed the Sharks by a 4-1 score.

So, what did the Jets think about the Sharks’ comments about their city? The team officially acknowledged that they had watched the video, but they were refusing to comment on it. However, Scott Brown, the Jets’ Senior Director of Communications, offered a very honest take on the Sharks’ opinions.

The Sharks were probably just joking around, but it’s kind of fun to hear a legitimate response addressing what the Jets clearly see as an actual problem.

“Given that the Jets beat the Sharks 4-1, I can understand that they don’t like Winnipeg. It’s never fun to lose.

Once the NHL playoffs get into full swing and the Sharks have some more time on their hands I’d be happy to tour them around and show them all that Winnipeg has to offer — festivals, food trucks, sunshine, world-class attractions and one of the best culinary scenes in the country.

If they want to take me up on my offer, we could even invite them to a Jets playoff game.”

That’s how you put the Sharks in their place. The Jets have the benefit of being able to talk down on the Sharks given their position in the standings, but they too need to find some playoff success before they can cast too many stones.

Here’s hoping for a Jets-Sharks playoff round this season.