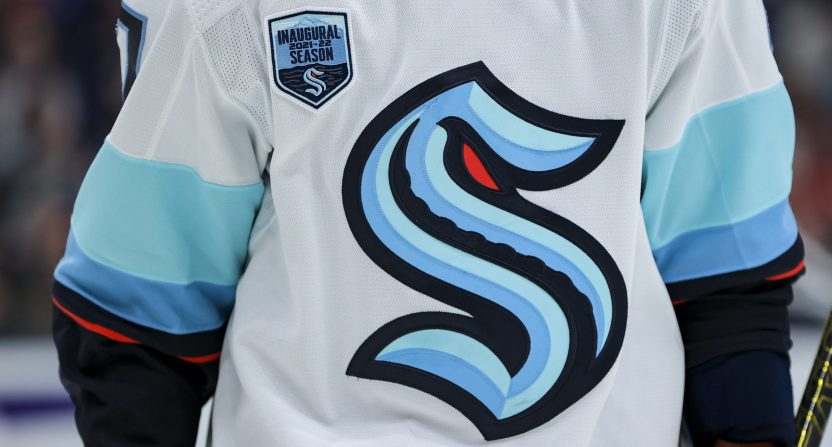 When you want the soundtrack to your sports team to inspire your fans and intimidate your opponent, you could do worse than asking the guy who composed the music for Gladiator, Inception, Dune, and The Dark Knight Trilogy. So it was a no-brainer for the NHL’s Seattle Kraken to ask Oscar-winning composer Hans Zimmer to provide music for their ice intros.

Of course, you can’t just call up Zimmer and ask him to do you a favor. But that’s where Jerry Bruckheimer comes in. The Hollywood megaproducer also happens to be part of the Kraken ownership group. So when the team decided to revamp their pregame introduction music following their inaugural season, Bruckheimer said that he knew a guy.

“When I watched their game presentation, which I thought was very good, the one thing that they missed was the kind of explosion when the players come on the ice. Musically that could be very interesting because they’re basically gladiators going to battle,” Bruckheimer told The Associated Press. “I felt that I’ve been working with Hans Zimmer on ‘Top Gun,’ and he’s a composer that certainly can write that kind of theme for the players and for the team.”

From Pirates of the Caribbean to the Dark Knight, Oscar-winning composer @HansZimmer has scored soundtracks for some of Hollywood's top films.

Now, at the request of a dear friend, the musical icon created a soundtrack specifically for the #SeaKraken → https://t.co/7cqrbLJQKv pic.twitter.com/hy4FtfHPho

Zimmer created an eight-minute original composition for the NHL team and fans of his movie scores will certainly hear some similarities. They use part of it during the introduction video that plays before the Kraken takes the ice and also use it during game breaks, in TV spots, and aboard the Seattle Monorail for fans who are traveling to Climate Pledge Arena.

“It should be about the players entering the ice, introducing them, and getting the crowd excited about that first blade hitting the ice and the crescendo of all those players jumping out there and skating around. That’s the moment,” Bruckheimer said.