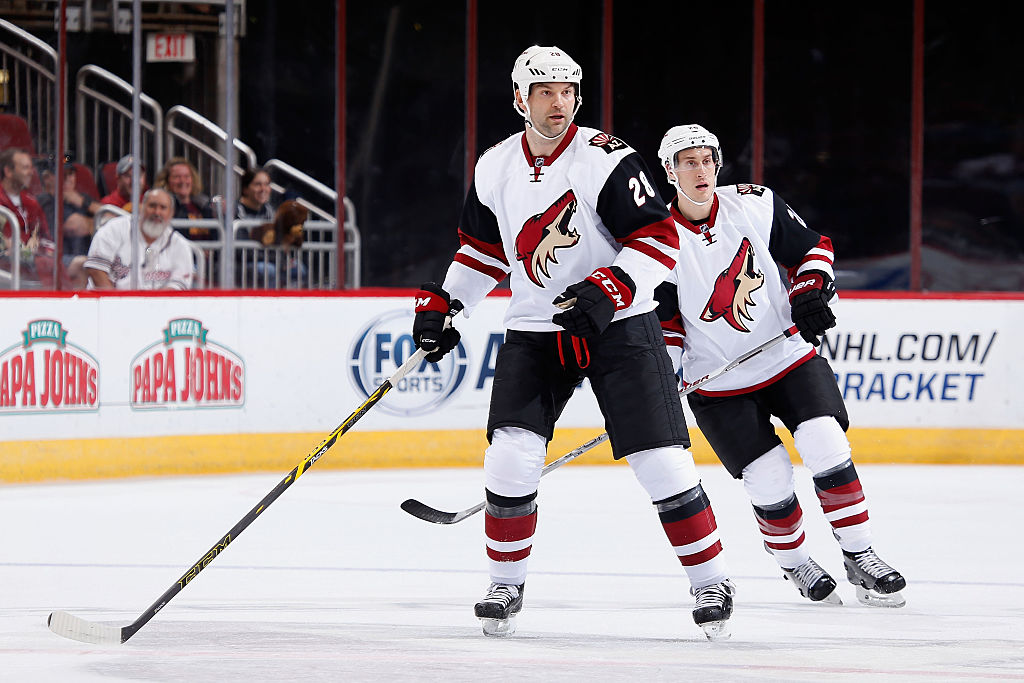 Hope you’re all happy with yourselves.

But seriously, the question now is whether the Pacific Division can have a captain who no longer plays in the division? This scenario, though not exact, happened before in 1990 when Bernie Nicholls switched conferences just days before the All Star game as the L.A. Kings traded him to the New York Rangers. Nicholls still represented the Campbell Conference as there wasn’t enough time to come up with a viable alternative. And the other big difference was that Nicholls was a legitimate All Star caliber player, and the league wouldn’t have wanted to deny him the nod for something that was out of his control. John Scott is an All Star by campaign, but not by caliber. So this presents a small quandary for the league. Do they find a way to still give the fans what they want? Or do they use this trade as an excuse to end the farce?

Don Maloney says he expects the NHL will invite another #Coyotes player to participate in the All-Star Game in John Scott's place.

That would probably be the fair thing to do. However, the conspiracy theories are percolating. Was the trade a last minute ploy to save the league the embarrassment of having John Scott in the All Star game while a guy like Sidney Crosby stays at home? Coyotes head coach Dave Tippett had said that sending Scott to the AHL a couple of days ago had “nothing to do with” the demotion. And it isn’t far fetched to think that the trade of Scott would have happened without the All Star vote. But TSN’s Bob McKenzie fuels the fire of the conspiracy theorists, and he has an interesting point:

John Scott was previously asked by both NHL and Arizona Coyotes to bow out of NHL All-Star Game. He refused. Trade likely takes care of that

At this point, even if Scott isn't deemed ineligible by NHL, he would almost certainly bow out of ASG on his own.

The fact that Scott was asked to bow out by the league and the team certainly makes one wonder if one did have something to do with the other. The Canadiens will certainly drop Scott to the AHL, and the league wouldn’t have an AHL player who wasn’t voted in to the NHL All Star game play in it, so Scott’s turn in the All Star game has likely evaporated.

The #habs sent John Scott to AHL St. John's and aren't likely to recall him. That would make him ineligible for the NHL all-star game.

It’s all very convenient … isn’t it. And it’s sad. Because the election of John Scott to the All Star game was fun. But the NHL seems to only care about fun ideas if they come up with the ideas themselves.