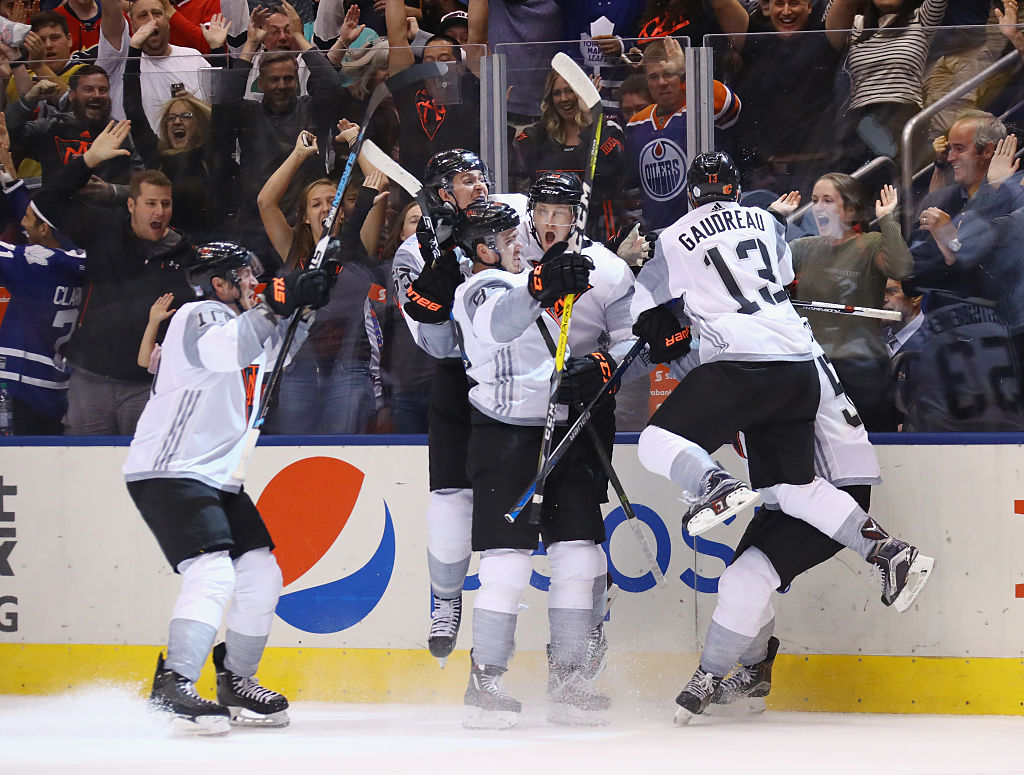 Team North America took the World Cup of Hockey by storm, but they didn’t qualify for the semifinal round. In fact, it may be the only time the unique U-23 team ever takes the ice in a competitive tournament. If this is really it for TNA, it’ll be something the hockey world will never forget.

I’m the guy the NHL wanted to get hooked in to the World Cup of Hockey. Well, not me specifically, but someone like me: a casual-at-best hockey fan who thinks an overtime playoff hockey game is one of the five best things in sports but would be lucky to sit down and watch a regular season contest in its entirety.

Well, the World Cup of Hockey succeeded in getting me hooked. Thanks in large part to the spellbinding play of Team North America.

With the resurrection of the tournament this year, it was always going to be tough to capture the imagination of those casual fans in the middle of September. That’s not exactly what one would classify as “hockey season.” The World Cup in this format is a brand new event that not only has to compete with football season, but also has to try to hip-check the Olympics to make room for another premier international hockey tournament.

The concept from the start was going to be different. It had to be. Eight teams would compete with all the games taking place in one city. Note that I said “teams” instead of “nations,” because two of the teams joining world powers like Canada, Russia, the USA, Sweden, Finland, and the Czech Republic would be special collaborations. First, a Team Europe comprised of nations on the continent not represented otherwise. Second, a 23-and-under Team North America comprised of the best young stars of Canada and the USA.

The first impressions were less than favorable. Taking top young players away from their actual nation to play for another team? Could you imagine a U-23 South America team competing at the soccer World Cup? Or that type of team competing at any serious tournament? And for that matter, aren’t Canada and the USA supposed to be rivals? Team North America seemed like a way to manufacture more interest and intrigue with a gimmick, like the NHL was making the World Cup of Hockey a Tables, Ladders, and Chairs match. Maybe it was just an excuse so Team North America would sell more tickets in Toronto as the USA/Canada “B” squad than Slovenia or Switzerland.

What really happened in Toronto at the World Cup of Hockey couldn’t be further from the truth. Even though they just played three games, Team North America played thrilling hockey that not only captured the hearts and minds of anyone who watched them, they brightened the sport’s future by showcasing new stars.

Nowhere was that more apparent than their final bow against Sweden in the final game of group play. In the first game, North America blitzed Finland for a 4-1 victory. In their second game, the U-23 team lost to Russia 4-3 in an exciting comeback that fell just short. TNA needed a win against Sweden to have a chance to advance.

The start for the young guns was electric: two goals and a penalty shot attempt in the first 95 seconds of the game. That should not be possible.

Sweden fought back, because they’re truly one of the best teams in the world, and forced an overtime period with the score deadlocked at 3-3.

It’s difficult to describe the overtime period using words because it felt like you were on a roller coaster watching the action go from one end to the other. Not an emotional roller coaster. No, a real live actual roller coaster with the yelling and the screaming and the ups and downs and high speeds and loop de loops and all that. While Nathan Mackinnon’s goal will forever be a World Cup highlight, the entire period is worth reliving again…

… Especially because this may be the last time we ever see Team North America. Unfortunately for everyone’s new favorite team, Russia’s defeat of Finland eliminated TNA from the competition even though they had a 2-1 record. And with the next World Cup of Hockey scheduled for 2020, the belief is that there will likely be qualifying tournaments for individual nations for the 7th and 8th seeds.

It could be that the success of TNA and Team Europe bring them back for the 2020 edition. The tournament is better, deeper, and more unpredictable with those teams than say a Slovakia, Germany, or Latvia.

Nevertheless, even with a groundswell of support and popularity and a push to revive TNA, Team North America may be victims of their own success. Team North America captain Connor McDavid has already gone on record saying he would rather play for Team Canada if the TNA concept makes it to the 2020 World Cup. At just 19 years of age, McDavid would actually be eligible under the present rules to return for Team North America in 2020 along with fellow budding supernovas Jack Eichel and Auston Matthews. (At this point, you couldn’t blame any of Team USA’s young guns for wanting to suit up for Team North America after an embarrassing tournament that saw them finish winless under John Tortorella.)

It could be that the excitement generated by Team North America is like a shooting star that enjoys its brief moment of brilliance. This generation of young talent is the most exciting the NHL has seen in years and the way they play the game — like hungry cheetah cubs on skates — may not be able to be duplicated four years from now. What if the U-23 talent in 2020 isn’t as exhilarating or the prospects as elite? What if Team USA wants all of their top available players to rebound from a disastrous tournament? What if this is Team North America’s only run? The sad truth is we might never see that group of players play together again, unless the NHL wants to bring them back for an All-Star Game or something. (Side note: you should totally do that, NHL.)

It was only three games, but they were three games that accomplished so much because Team North America did what not even the NHL themselves could have ever predicted – they put the World Cup on the map. And they did it by playing a fun brand of hockey that was the ultimate block party inviting in everyone who passed by.

Even if Team North America never takes the ice again, the impression they made at the 2016 World Cup is significant for hockey. If there’s any way the young guns can take that brand of hockey to the Maple Leafs and Avalanche and Sabres and Oilers and take their new fans with them, then it will be the ultimate victory for Team North America and the NHL.