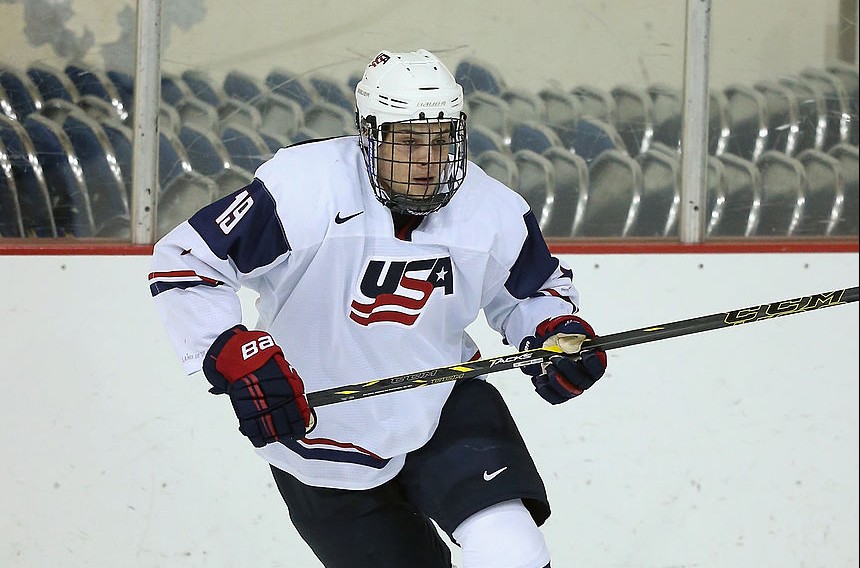 Quitting. It’s frowned upon by our society, our parents and our employers but there’s one place where it can be rewarded — sports.

Tanking, despite what some will tell you, is the coolest. It’s a franchise-building method that requires a look in the mirror and an honest assessment of, “We stink and the only way we to get this stench off us is to stink worse and eventually wash off the filth in the bath of high draft picks.”

With about 30 games to go in the NHL season, it’s time to see who should embark on the tanking journey.

Parity appears to be at an all-time high during the 2015-16 season, so it may be harder for some teams to assess their tanking status. Should they tank? Should they do that silly thing known as trying? If you’re too close to the situation, emotions can cloud judgment and make it nearly impossible to decide.

With Auston Matthews (pictured above) as the prized No. 1 pick, tanking is worth it for a lot of teams. But who among the NHL’s bottom-third of the standings should crash the ship into an iceberg? Here’s a look at the pros and cons, as the NHL’s 10 worst teams are only separated by nine points.

The case against tanking: They’re just five points out of a playoff spot! If they get in the playoffs, anything can happen! Magic is real and can solve the problems of all humanity if we just believe in it!

The case for tanking: They have a goal-differential of minus-16. They have 12 wins in 60-minute games the entire regular season, which means they have 12 wins playing in a 5-on-5 contest, which are four fewer than would be required in the playoffs to win a Stanley Cup. The Flyers may not win 16 regulation games out of 82, so good luck winning 16 out of 28 in the postseason.

The case against tanking: The Senators went on a crazy run to the postseason in 2015, finishing 23-3-4 to pull off the miracle. And as we all know, catching lightning in a bottle twice is easy. Like, Weekend at Bernie’s and Weekend at Bernie’s 2. No, bad example. Like The Whole Nine Yards and The Whole Ten Yards. Wait, damn it. I’ll get back to you on this.

The case for tanking: Last year’s strong finish resulted in two playoff victories and an 18th overall pick instead of one potentially in the top 10. If the Senators can reverse the streams, a 4-3-23 finish would do more for Ottawa’s future than any of that dumb success stuff.

The case against tanking: Once Carey Price returns, the Canadiens can beat anyone four times out of seven in the playoffs. A proud hockey city like Montreal would revolt against its team throwing in the towel with 30 games to go.

The case for tanking: It’s possible Price could disintegrate if he returns to play a meaningless game, so why not go with a collection of backups that can make the tanking process work? And yeah, fans may not be happy with a tank, but they’re also not happy if the coach doesn’t speak French, a torch isn’t lit before every home game and if a lanky Boston Bruins defenseman isn’t arrested after a questionable hit during a game, so maybe they shouldn’t be your barometer for what is right and wrong for the team.

The case against tanking: Riots. Property damage. This is a town that doesn’t react well to adversity with its hockey team, so who knows what happens if the Sedins are traded for draft picks.

The case for tanking: You can’t live in fear of anarchists. Management can use the rebuilding of this team as a message that they will not be ruled by fear. No one is sure what’s been ruling decisions in Vancouver since Jim Benning took over anyway (Luca Sbisa? Derek Dorsett?) so this couldn’t hurt.

The case against tanking: A team nearly as bad as this a year ago used sorcery to get themselves to the second round of the playoffs. Maybe there’s some version of Angels In The Outfield happening in Calgary and a small child can use ethereal beings to throw Karri Ramo in front of pucks the rest of the season.

The case for tanking: They tried last year and look where it got them. Just imagine where the Flames could get next year if they just abandon pride and hope. Give up.

Should they tank: Forever and ever.

The case against tanking: If things get depressing, these fans could bail after getting their Jets back five years ago. They can just assume they’ll get a new Winnipeg franchise in 2026 when that Las Vegas team relocates anyway.

The case for tanking: Dustin Byfuglien and Andrew Ladd are pending free agents who may not come back. The Jets have a hard time attracting marquee free agents, so tanking for a teenager whose life you will control for years is the smart play. Exploit those youth work conditions, Winnipeg.

The case against tanking: This fan base embraced a season-long tank in 2015-16 and was rewarded with Jack Eichel. They should be rewarded for their faith a year ago with a team that gives it their all the rest of the way this year.

The case for tanking: These fans are suckers! They cheered a home loss to the Coyotes last year! If Matthews is the end goal, they’ll cheer losses again this year! You gave them a taste of the sweet high that is tanking so they’ll eat it up again!

Should they tank: Maybe not, only because of last season, but they should consider it if things are bad in March.

The case for tanking: The prospect of Connor McDavid and Matthews playing together for the next 10 years on teams that never make the playoffs is the type of reality television networks dream about. It would be like Sansa Stark’s storyline when she was married to Joffrey only it lasts 10 seasons instead of one.

Should they tank: They have no choice.

The case against tanking: It does not exist.

The case for tanking: It was made and approved before the season ever began.

Should they tank: “Should they tank again next season?” is the real question. (Ed note: is there a team in Canada that SHOULDN’T tank? The St. John’s IceCaps, perhaps?)

The case against tanking: John Tortorella will literally kill any underperforming players, which is a great motivator no matter how much tanking may make sense.

The case for tanking: If they tank, they can again trade one of their best players to the Kings, thus potentially making the Blue Jackets assistant helper Stanley Cup champions for a third time since 2012. They can raise a banner and land Matthews.

Should they tank: It’s silly you have to ask at this point. All of these teams are bad and should be doing everything they can for Matthews. He has 23 goals in 30 games playing with men in the Swiss-A league and is well worth losing for, which is the winning of tanking.