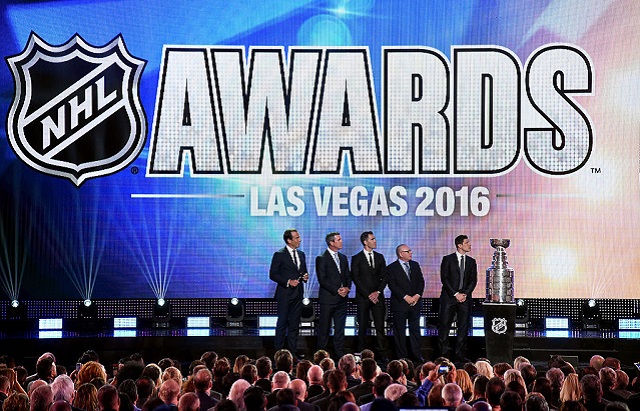 Now that we are approximately 25 percent through the 2016-17 NHL season, it’s customary to announce season-long awards. I know that doesn’t make any sense, but it’s a thing we all do in the hockey world and I’m no better than anyone else when it comes to content creation.

Today, I will be awarding one-quarter of all the NHL’s big awards, but I will also be awarding the inverse of said awards. Anyone can hand out the Norris Trophy for best defenseman, but only here at The Comeback will you find the winner of the Sirron Trophy for the NHL’s worst defenseman through 20-ish games. The trophies look exactly the same, except the ones we are giving to the bad players are made of poop.

Here are the quarter point’s best and worst players in the NHL.

It’s toss-up between McDavid and Price, who are the biggest individual factors in any team’s success this season. But while Price is without question making the Canadiens look better than they are, the Oilers are just god-awful when McDavid isn’t on the ice. Both teams would be out of the playoffs without their respective stars, but the Oilers would be slightly worse off without McDavid.

And no way in real life would two of the three finalists for this award ever be goaltenders, but McDavid is the only skater that stands out for me and Dubnyk is the light version of Price.

Ladd signed a seven-year, $38.5 million free-agent contract in the offseason and has two goals and two assists through 23 games. Unless he’s playing with a secret injury, no player has done more to sabotage an already good team than Ladd. A team could sign me and I could infect them all with the mumps and I’d still be more helpful than Ladd.

Mason has an .898 save percentage, but there was always a possibility he’d go back to being a bad goaltender at any moment after a couple good seasons. Monahan is a lot like Ladd in that he signed a big contract during the summer and has seen a sharp decline in production this season (25 games, six goals, nine points).

This award is so wide-open right now. If Letang hadn’t missed games, this is probably his trophy. Burns leads the league in points and Byfuglien logs more ice time than anyone in the league.

Ryan Suter, Erik Karlsson, Drew Doughty and Shea Weber are all in the mix. This is why we don’t award trophies this early in the season.

The other two have been worse, but based on expectations, is anyone having a more disappointing season than Klingberg? The Stars, a team that doesn’t exactly have a deep group of defensemen, have been making Klingberg a healthy scratch of late. This was a player on the outskirts of the Norris Trophy last season and now he has been deemed more of a liability than Jordie Benn.

Goligoski ranks 167th out of 167 defensemen with at least 200 5-on-5 minutes in raw Fenwick (40.2 percent) after a signing a six-year, $36 million contract during the offseason. Bieksa just isn’t good anymore.

Bishop (.902) has been a victim of poor play and injuries in front of him for most of this season but geez, .902? Cam Ward has figured out a way to sit above .915 this season so there’s no excuse for Bishop being this bad.

I want to give this to Werenski, a defenseman with five goals and 16 points in 21 games. If he continues at that rate, I may use my real vote at the end of the season to give him the Calder. But Laine is careening toward 40 goals and nearly 70 points. That’s too hard to ignore.

A thing to consider — Penguins goaltender Matt Murray is still a rookie. He’s not in the top-three as of now because he’s played in less than half his team’s games. That will change over the final four months, so if his save percentage is in the .930s, it will make for an interesting debate if Laine is near 40 goals.

How in the world was Strome not good enough to crack the Coyotes this season? I’m willing to consider that him being sent to the OHL was to protect the 19-year-old from the horrid nature of the Coyotes or because the team is quietly tanking. But boy, was he really underwhelming. He had just one assist in seven games and yes, the Redlac honors have more to do with expectations than performance, because…

… remember the nonstop information you received this summer about Schmaltz? Remember how pumped Chicago was about this kid? The 20th pick in the 2014 draft has one goal in 24 games. The Blackhawks have used him everywhere and he’s done nearly nothing.

The only reason Shore is here is because he tweeted that he doesn’t like pizza and thinks hot dogs aren’t sandwiches. He only has one goal in 24 games, but it’s mostly the pizza and hot dogs thing that lands him here.

And just like that, Devin Shore became my least favorite hockey player pic.twitter.com/IymFaddoqc 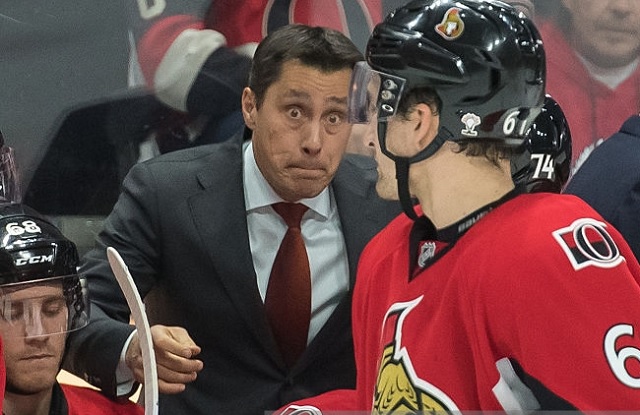 This is another one that’s tight and almost not worth discussing this early. The Senators made very few changes in the offseason, but Boucher has them in playoff contention with his incredibly boring style of hockey that should not be encouraged like this.

Hynes is again drawing blood from a stone in the form of a Devils team devoid of talent that has been without Taylor Hall and Mike Cammalleri for long stretches. Babcock still isn’t working with a whole lot — especially defensively — but the Leafs have improved in a lot of areas in his second season.

Outside of Capuano, I don’t know if anyone is doing a truly terrible job this season. Desjardins has nothing to work with outside of the Sedins. Laviolette’s here because he has virtually the same team as last season and it’s been mysteriously mediocre, although it’s slowly heating up.

GM of the Year

Bergevin is a close second, while Fletcher has made the most out of signing Eric Staal and hiring Bruce Boudreau. But the cap-strapped Gorton has kept the Rangers afloat this season when many thought they were doomed. He signed Michael Grabner (12 goals), Jimmy Vesey (eight goals) and Brandon Pirri (five goals) for less than $4 million.

Gorton also engineered the Derick Brassard-Mika Zibanejad trade, one that was working out well until Zibanejad’s scary leg injury that will cost him nearly two months.

BM of the Year

Newsflash to Jim Benning and the #Canucks: fans really don't know what you're trying to do. pic.twitter.com/4AY2QHuTNk

This one was hard, but it goes to Benning because of his refusal to rebuild along with his overpayment of Loui Eriksson and acquisition of Erik Gudbranson. I could go on forever about the job he’s done in Vancouver, but I’m told this is already at 1,400 words so let’s wrap it up.

Nill is here for failing to address his goaltending during the offseason and every word before this involving the Islanders is why Snow is here.