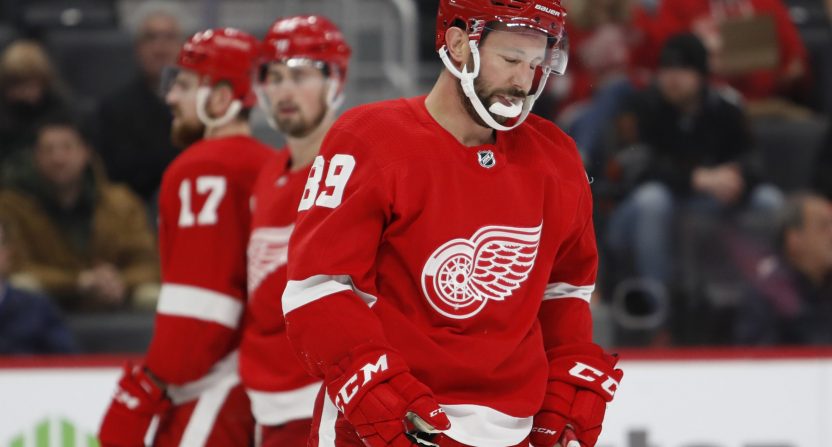 The Detroit Red Wings had some solid odds to walk away from the 2020 NHL Draft Lottery with the top overall selection. Detroit had an 18.5% chance of claiming the top pick, but ultimately a placeholder team that will be determined from the qualifying round when the NHL resumes will select first. The placeholder team only had a 2.5% chance of winning, which is of course exactly what happened. The Red Wings will have the fourth pick.

Red Wings general manager Steve Yzerman took the high road after the results were in when discussing his team’s overall odds.

Yzerman’s quotes as seen in The Detroit News:

That message may be difficult to swallow for Red Wings fans who had high hopes of drafting top prospect Alexis Lafreniere. It’s also a disappointing result when you take a step back and reflect on Detroit’s recent run of lottery luck. Or lack of lottery luck.

One Reddit user compiled the NHL’s lottery results since 2016 and measured how teams’ draft selections changed through the lottery. Which teams have improved the most? Which teams have had some nasty ping pong ball luck? Brace yourself Red Wings fans. 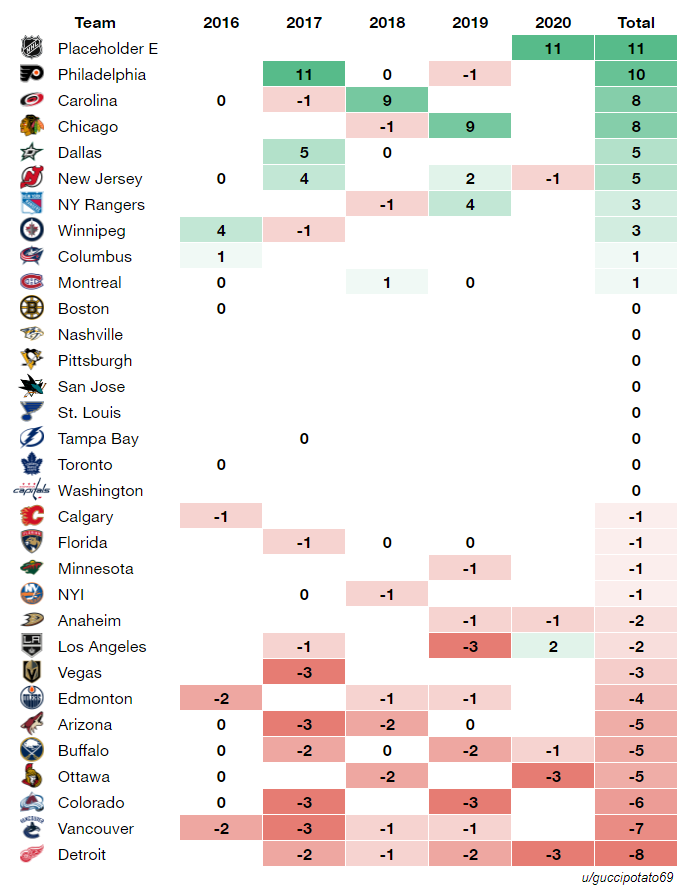 But seriously, the Red Wings have fallen in the NHL Draft Lottery in four consecutive seasons. The chart also shows how crazy it was when the Philadelphia Flyers went from the 13th pick to the second overall pick in 2017.

The news isn’t all doom and gloom. The upcoming NHL Draft is believed to have some solid talent and depth, meaning the Red Wings should still be able to get a player who can make a quick impact. Yzerman, who was a fourth pick himself, notes that great players can come from a variety of draft spots. The team will now evaluate their options and avoid targeting a specific position.