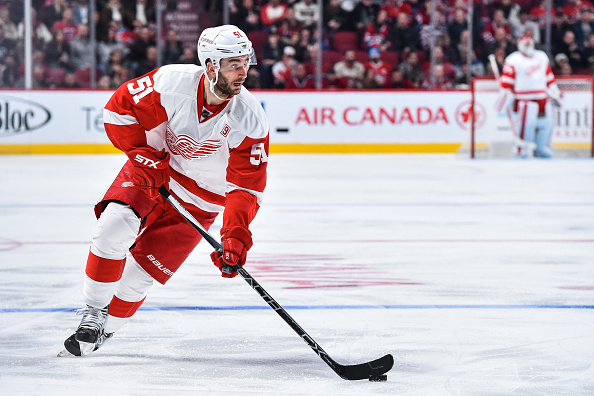 Did hockey fans and the NHL’s Hockey Operations staff get the picks right for the 2017 All-Star Game?

The NHL All-Star rosters were announced on Tuesday and per usual, there are some players on the list that are genuinely surprising and some names left off that are hard to understand why.

After taking a look at who’s going to Los Angeles, here are three players who probably shouldn’t be going to the game, and three others who deserve the honors, but were wrongly spurned.

Uh… what? Nielsen hasn’t exactly screamed All-Star in 2016-17. In his first season after signing a mammoth six-year, $31.5 million deal with the Red Wings (a massive overpay), Nielsen’s been just OK. The 32-year-old has scored just eight goals, 14 assists, and 22 points for a stuck-in-the-mud Red Wings team. Nielsen isn’t even a prestige selection as the honor marks his first All-Star trip. A Red Wings player had to be selected, but Nielsen was not the correct pick.

Trocheck has similar numbers to Nielsen, but his appearance can be justified. He’s an up-and-coming scorer in the league, who drives possession and has an impressive two-way game. That production doesn’t make him the clear choice for the Panthers, however. Aleksander Barkov and Jonathan Marchessault are 1-2 in team scoring, producing points at a better clip. They also have more name appeal than Trocheck. Barkov is Florida’s franchise player and Marchessault’s revived his career. Trocheck is… what he is — which is fine, but meh.

Mike Smith tried to fight everybody on the Stars!

If the NHL was honoring the league’s biggest babies, Smith would be included. However, being selected as an All-Star doesn’t make sense. Smith’s hovered around league average numbers in 2016-17, with just seven wins, 11 losses, and five overtime losses in 24 games. Smith’s been spectacularly unspectacular. How he, and not Oliver Ekman-Larsson makes the team is unfathomable. Calgary’s Chad Johnson should be there for his surprise season. Smith made it by default. It’s a shitty pick.

The Columbus Blue Jackets received plenty of All-Star recognition as Seth Jones, Sergei Bobrovsky, and coach John Tortorella will represent the club in Los Angeles, but Atkinson deserved to make it in as well. He leads the surprise Jackets in scoring with 19 goals and 39 points in 39 games — a 40-goal pace. Atkinson’s been dynamite. As each team needed a representative, Atkinson got snubbed. It’s too bad.

Yes, another Columbus Blue Jacket. Werenski, 19, has been the most impactful rookie defenseman in the league and arguably a top defender as a rookie. He’s done everything asked of him, playing in all situations, generating plenty of shots and scoring at an impressive clip. With 25 points, Werenski is on pace for a 50+ point season. Whether he was named an All-Star or not, Werenski’s breakout performance has put him on the map — and the scary thing is, the best is still yet to come.

I could get behind the Nielsen selection if Detroit was so bad that there weren’t any other options. But they had a fine one in Anthony Mantha. The former first-round pick was finally given an NHL opportunity and ran with it. In 25 games, he’s scored 11 times and added eight assists, good for 19 points. Mantha’s played 15 fewer games than Nielsen, scored more goals and notched just three fewer points. The 22-year-old might have been dinged for his low game totals, but in looking through Detroit’s roster, if anyone deserves to go, it’s Mantha.

Honorable mention: Artemi Panarin should be on the list too, but with Jonathan Toews, Patrick Kane, Corey Crawford and Duncan Keith named, the Blackhawks already had four representatives.