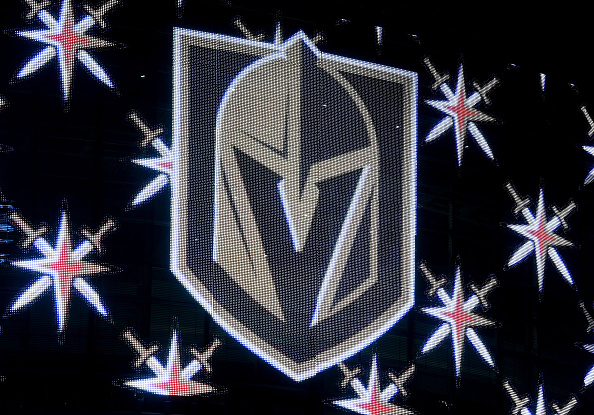 Weeks after unveiling a new team name and logo, the Vegas Golden Knights have run into a big trademark problem.

SB Nation reports that the United States Trademark and Patent Office has denied the Golden Knights’ trademark request. Owner Bill Foley’s Black Knights Entertainment filed the request for clothing and “entertainment services, namely, professional ice hockey exhibitions,” which was rejected due to similarities with The College of Saint Rose Golden Knights. Per the USPTO agreement, the logos are too similar.

“In this case, the marks share the common wording “GOLDEN KNIGHTS,” and the additional wording does not change the overall commercial impression of the marks. The wording “THE COLLEGE OF SAINT ROSE” in the registrant’s mark is presented in such a manner that consumers encountering the mark are likely to read it as a tagline; consumers will focus on the wording “GOLDEN KNIGHTS.”

For reference, here’s the Vegas Golden Knights logo and the wording in question.

The Vegas Golden Knights are the NHL's 31st franchise! Are you a fan of the name and logo? pic.twitter.com/vv784OmbUz

LRT – according to that letter, here's the problem with the Vegas Golden Knights trademark application pic.twitter.com/LDWvJyfByo

It’s amazing that Black Knight Entertainment went ahead with the announcement of the team’s name, logo and colors despite a pending trademark request. The group still has the chance to challenge the denial by submitting evidence showing how the logo is different.

Statement sent by Las Vegas franchise to @SINow on rejection of the Golden Knights trademark: pic.twitter.com/SvSym76VXv

The Golden Knights haven’t even been around a month and there’s a chance they’ll have to alter their logo or name. The immediate solution appears to be purchasing the trademark from Saint Rose, but with no real leverage, there’s no guarantee that will happen.

Not a great start for the NHL’s newest franchise.