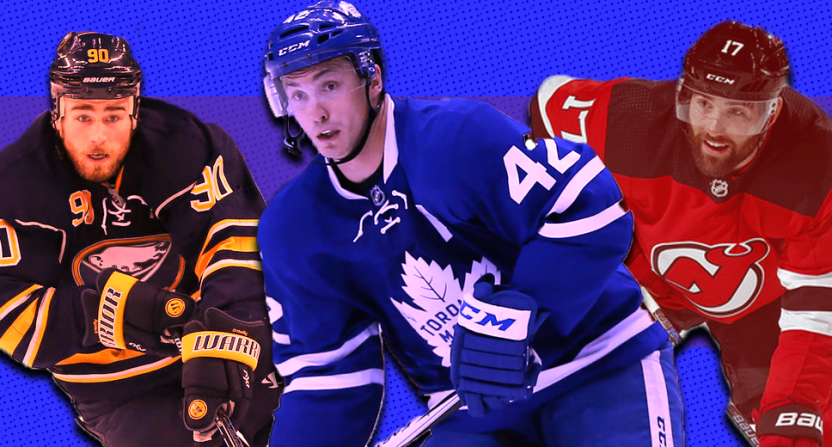 The St. Louis Blues had a disappointing 2017-18 season, missing the playoffs just two years after reaching the Conference Finals. Hope lurked in the distance for Blues fans thanks to some seriously talented prospects in the pipeline (Robert Thomas and Jordan Kyrou), but bloated contracts and holes in the roster produced plenty of pessimism ahead of the 2018-19 season.

Well, you can kiss some of that pessimism goodbye as the Blues have made plenty of noise this summer. While they didn’t land prized free agent Jonathan Tavares (nice work, Toronto), they are the clear winners for the most transformed and improved roster compared to last season.

Tyler Bozak, who has played his entire career with the Toronto Maple Leafs, has signed a three-year deal with the Blues. https://t.co/33TUcuU5oD #stlblues

Bozak is a strong center, but he wasn’t the answer the Blues needed to fill the top-line center hole they’ve been constantly trying to plug. This led to a bit of a “meh” reaction as most assumed this was the Blues’ attempt at a solution to fill the top center vacancy.

Little did everyone know this was just the beginning of the team’s noise this summer.

Next was the return of a familiar face.

David Perron is back once again with the Blues. Despite the fact he has played with four different NHL teams, he has only signed contracts with the Blues.

If Perron signs with Blues, it will be the fifth time he's signed a contract with them. He's played for four other teams, but the Blues are the only NHL team he's ever signed with

With Bozak and Perron in the mix, the Blues sounded like they may be done in free agency, but they hinted that a trade was always a possibility. That possibility became a certainty as the team landed Ryan O’Reilly in a monster trade.

As important as it was for the Blues to finally find their top center, it may have been just as important to move Patrik Berglund and Vladimir Sobotka off the books. Neither player is particularly bad per se, but the Blues needed to move their contracts in order to upgrade down the middle.

How did the Blues’ moves check out statistically? Really, really well. Consider the chart below that ranks all of the teams’ moves this summer in terms of Goals Above Replacement, courtesy of Charting Hockey. 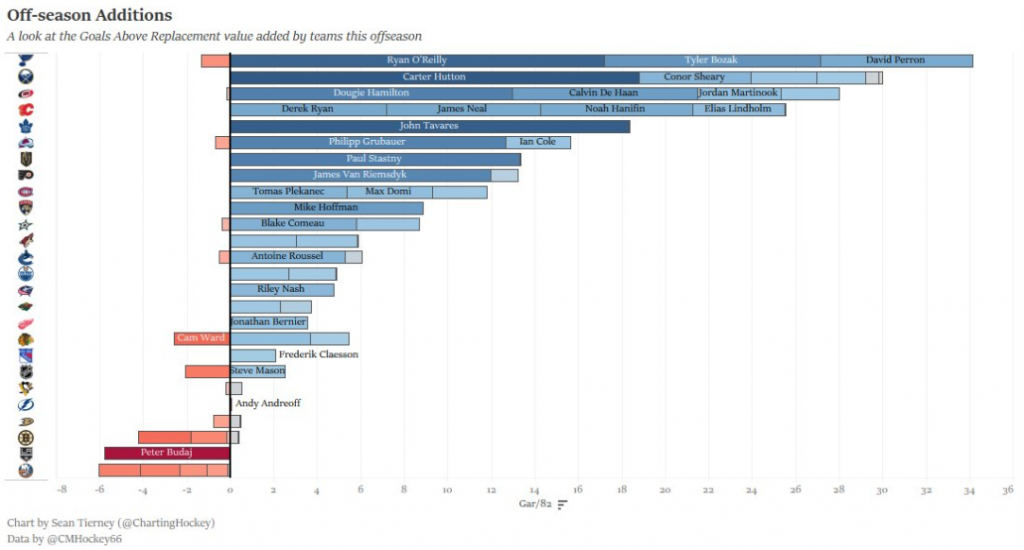 The trio of O’Reilly, Bozak, and Perron pushed the Blues to the top of the list in terms of which teams have improved their Goals Above Replacement value the most this summer. Pour one out for the New York Islanders who are bringing up the rear.

While it wasn’t a roster transaction, the Blues also announced that Robby Fabbri, a young player with a ton of potential who has been plagued with serious knee injuries, is healthy and ready for training camp. Fabbri, 22, could be an offensive star if he’s able to stay healthy. Having him back after missing all of 2017-18 could be a big boost.

So, not a bad summer right? Most would consider that an outstanding summer of additions had the Blues stopped there. But they didn’t.

How 'bout we mix in some Maroon? #stlblues

The Maroon deal was rumored for days before it ultimately came to fruition. When it was finally announced, it was revealed that Maroon’s deal was for one year and just $1.75 million. That’s an absolute bargain. Maroon is a strong forward who has scored 44 goals over the last two years. He’ll add a feisty, talented element to a team that’s been lacking such options since David Backes and Troy Brouwer departed.

With the Blues’ remaining cap space sitting around $3.3 million and a couple items left to address (new deals for Joel Edmundson and Jordan Schmaltz), more moves may be on the way. The Blues may need to clear up some cap space not only to sign their remaining free agents, but also to have some wiggle room as the season progresses.

Regardless, what the Blues have already accomplished this summer is truly impressive. They needed to make some changes, but few would have predicted just how different their lineup would be heading into 2018-19.

Will it be enough to climb to the next level?

4 thoughts on “The St. Louis Blues have won the NHL’s offseason, completely transforming their roster”