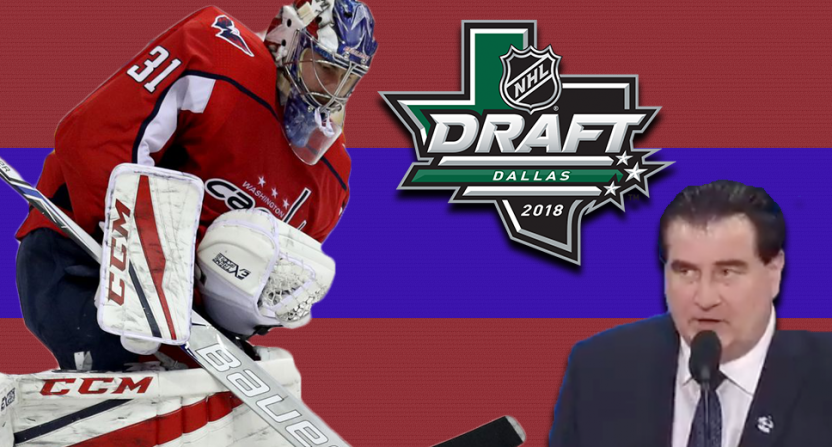 The first round of the NHL draft has come and gone, and while it was a generally shock-free night, there were still enough moves and picks to determine that some teams scored, while others whiffed badly. Here’s the winners and losers of the 2018 NHL Draft.

NYI GM Lou Lamoriello said they tried using one of their first-rounders to trade for a roster-player now, but is understandably happy with Wahlstrom/Dobson. Tried asking if it was Grubauer, which was a predictable failure

The picks won’t help UFA John Tavares re-sign with New York, but it should inspire confidence further confidence (after bringing in new coach Barry Trotz) that Lamiorello is putting the organization on the right track.

Colorado needed a goalie with Jonathan Bernier’s pending unrestricted free agent status and got a good one in Grubauer at the small cost of taking on Brooks Orpik’s bad deal and a second-rounder. The 26-year-old was dynamite with the Caps, posting a 15-10-3 record, a 2.35 goals against average and a .923 save percentage. Grubauer played so well that he stole longtime starting goalie Braden Holtby’s job before Hotlby took it back in the playoffs. For a team with tons of cap room, Colorado could afford to take on one-year of Orpik’s $5.5 million cap hit.

The Avs intend to either trade Orpik and if they can't find a trade partner, they will probably buy him out… Colorado has already spoken to Grubauer's agent as well. He's RFA. Contract shouldn't be an issue. https://t.co/t9RaWfCbU6

Grubauer has proven he’s capable of being a starter. In Colorado, he’ll get his chance.

Getting Kaut, a talented winger out of the Czech Republic who’s fast and can score was also solid value – although earlier health concerns leave a small question mark.

Brian Burke joined Sportsnet’s draft coverage and was an absolute delight. In vintage Burke fashion, he was honest, grumpy, and provided interesting insights and tidbits throughout the night. On a panel that’s often too neutral, Burke’s refreshing candor – whether he was advocating that teams shouldn’t draft on positional needs, calling out reaches in the draft, or ranting about players wearing hats on stage – was entirely welcome. If Burke’s management career is over, he’d be a natural fit as a regular on Sportsnet or as Don Cherry’s eventual replacement.

"in Montreal you're stupid twice. In French and English."

I have no issue with the Canadiens reaching a bit for Kotkaniemi, a 17-year-old center was a consensus top-10 pick while spending last season playing against men for Ässät of the Finnish Liiga. But, reach aside, the Canadiens’ logic is why I find the pick somewhat problematic. Montreal is desperate for immediate help at the center position and chose Kotkaniemi with their positional need in mind instead of potentially drafting the best player (like Halifax right winger Filip Zadina) available. Kotkaniemi has a great shot at being a really good pro, but drafting a center just because the current big league roster lacks one is the exact asset mismanagement that’s hampered GM Marc Bervegin’s decision-making. Not a horrible pick, but a misguided one.

The Vancouver Canucks GM made a solid selection with Michigan defenseman Quinn Hughes seventh overall, but the real story here was his horrible, obvious dye-job. Why the eyebrows too? Benning looked like Dracula. I get embracing the youth movement, but there’s no need to try to fit in and do this. Keep the grey. 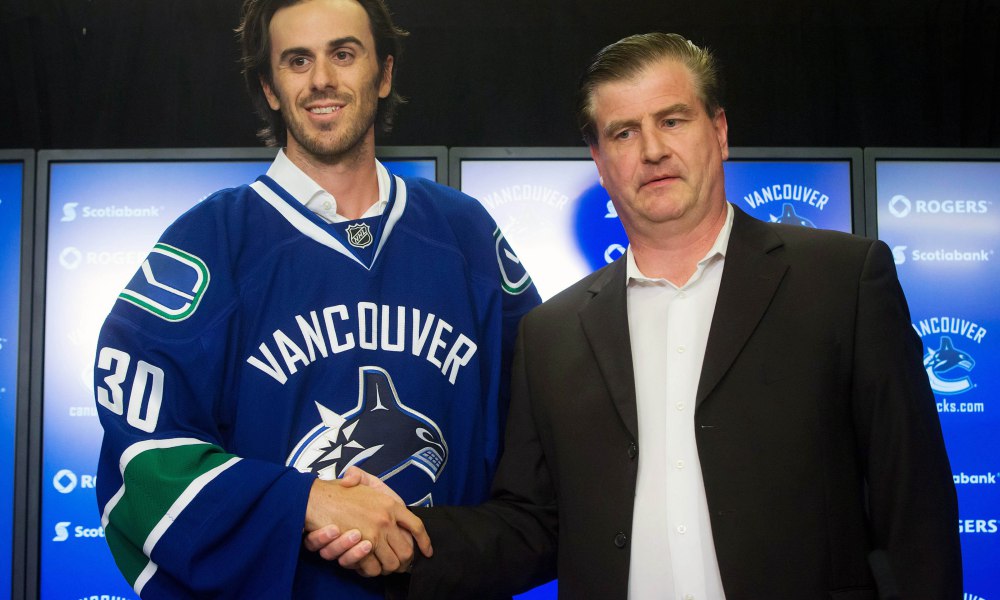 Jim Benning embraced the youth movement so hard he dyed his greying hair to look more like… Dracula? pic.twitter.com/TiOYsI66sa

The NHL Draft borrowed a page from the NBA Draft as there wasn’t a single star player traded for a first-round pick. Usually, it would just be a small note, but analysts and reporters hyped up big trades to the point where it was expected something would go down. Nothing did, besides the usual trading down of picks. Bummer.