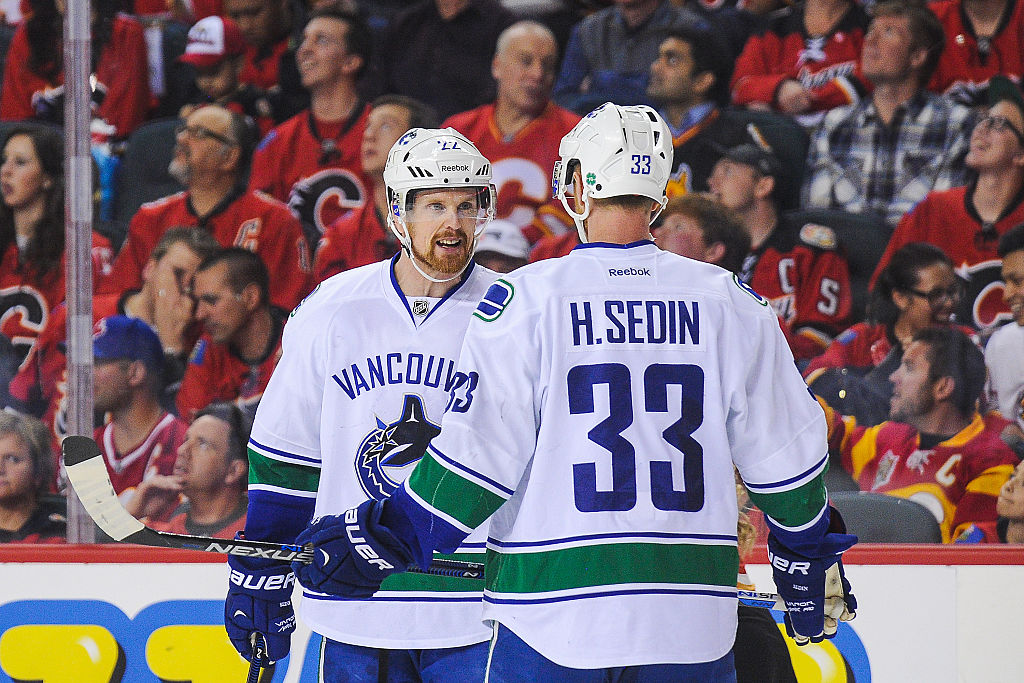 The Feb. 29 NHL trade deadline will be here before you know it. In a way, the festivities began Tuesday when the Toronto Maple Leafs used a Jedi mind trick to get the Ottawa Senators take Dion Phaneuf and every penny of his contract. Maybe Dan Girardi will be an Arizona Coyote this time next week. Anything seems possible now.

The reality of the trade deadline is it’s usually boring. The really good teams only need spare parts and the teams below them usually know a big name won’t close that gap, so you get “blockbuster” deals for Andrej Sekera and Antoine Vermette. They make a difference, sure, but they don’t move the needle.

What about those players with no chance at a championship in their current situation that you’d like to see get a real crack at one? The veterans on bad teams. The fan favorites running out of time. Wouldn’t it warm your heart to see those players traded to contenders with Stanley Cup aspirations?

These seven players very likely won’t get dealt during the next three weeks but it would be wonderful for everyone (even their current fan bases, if you truly want to see them happy) if they were given what could be one last shot at glory.

Why we’re rooting for him: He’s a little guy. We all love little guys and 5-foot-7, 178 pounds is about as little as it gets. He has put in his time with the crummy Buffalo Sabres, spending nearly two years serving as a leader for young players through consecutive losing seasons. After next season, that’s probably it for his career, and the Sabres probably won’t be a playoff team then, either. Having your career end in Buffalo without a sniff of the postseason should be reserved for members of the Bills.

Why he won’t get traded: He has a no-move clause and he’s not going to ask for a trade. He’s also the Sabres captain, a role he takes very seriously. He also won a Stanley Cup in 2003 with the New Jersey Devils, so he’s not desperate for a ring. Perhaps most importantly, he’s not very good anymore and has a $4.25 million cap hit, so that “one last run for the Cup” deal won’t come until next year.

Where he should go: Back to Montreal? They could use a right wing and I want to see Gionta and 5-7, 174-pound David Desharnais on the same line for a couple months.

Why we’re rooting for him: He may be the NHL’s best player (of a certain age) to never have reached a Stanley Cup Final. He went to the conference finals in 2006 and 2007 but has played in just 22 postseason games over the past eight years. He once did a “Yo Mama” battle in Japanese. The Canucks are only going to get worse next year.

Why he won’t get traded: That $6 million cap hit is cumbersome, so the Canucks probably would have to retain something like $2 million of it to get something done. That .914 save percentage is below average and if you’re a Cup contender, a goaltender with a .914 save percentage isn’t an upgrade. Miller likes living on the West coast so unless the Ducks feel like he’s the missing piece (and maybe they do), he’s probably stuck in the goaltender purgatory that is Vancouver.

Where should he go: If not Anaheim, how about Dallas? The Stars would be unstoppable with a three-headed goaltending tandem of Miller ($6M), Kari Lehtonen ($5.9M) and Antti Niemi ($4M). Dress 11 forwards and let each goaltender play one period a game.

Contract: Runs through this season

Why we’re rooting for him: Doan is so old he played for the original Winnipeg Jets. He’s never been to a Stanley Cup Final. He’s a wonderful quote. He loves horses. He’s been loyal to a franchise that’s been an abomination for more than a decade, as he’s made three postseason appearances the past 12 years. Maybe an elbow gets away from him now and then but if we can find happiness for John Scott in the All-Star Game, we can do the same for Doan.

Why he won’t get traded: The Coyotes are close enough to a playoff spot where Doan won’t want to bail. He didn’t demand a trade last year so why would he do it this year? But Shane, consider doing what Vermette did last year — get yourself traded to a contender, live the dream for two months, re-sign with Arizona in the summer. You’ll live in a hotel for a couple months, like a vacation, and you won’t have to clean horse poop until mid-June.

Where should he go: Chicago, because Vermette was just there and he probably has great deep dish recommendations, like, “Eat all of it because it is delicious.”

Why we’re rooting for him: He’s one of the greatest defensemen to ever live and he’s trapped on a Boston team that has one foot in rebuilding and one foot in contending. The Bruins won’t win a Cup between now and 2018 so what’s the point of letting Chara and his bunny suit spend their final days missing the playoffs or battling for a first-round bludgeoning?

Why he won’t get traded: At $6.9 million, he has a nice cap hit the Bruins aren’t dying to send away. Chara’s contract only calls for him to get a total of $9 million over the last two years, so that’s nice too. This feels like more of an offseason or next season trade, but maybe, just maybe, GM Don Sweeney will pull the trigger on a pick-laden trade.

Where should he go: Dallas, for real. GM Jim Nill already poached the Bruins for Tyler Seguin, so he could probably get Chara for Alex Goligoski, Travis Moen and a DVD copy of True Grit.

Why we’re rooting for them: Yes, the Canucks should trade anyone over the age of 30 that’s not nailed down. The Sedins’ legacy shouldn’t be them getting pushed around by the Bruins in 2011 but it will be if they don’t get a Cup, as unfair as that is. They are legendarily nice guys and aren’t getting that Cup shot in Vancouver. The last thing they and the Canucks should be doing is letting them deteriorate before trading them in 2018. Send them somewhere now while they can still be big parts of a postseason run, one that’s not happening in Vancouver.

Why they won’t get traded: Life is unfair and cruel. If the Canucks traded them, who in their right mind would pay to watch them the next few years? They are a package deal and have a combined $14 million cap hit through 2018. It would require salary retention, a team with a lot of space and the Sedins willingness to leave the only NHL city they’ve known.

Where they should go: Anaheim. No question. They have the space and could move Ryan Kesler to a third line where he belongs. It won’t happen though, due to the aforementioned cruelty and unfairness of life.

Why we’re rooting for them: Iginla may be, no exaggeration, the nicest person in the NHL. The Flames wasted some of his best seasons and now he’s on a Colorado team that isn’t very good despite sitting in a playoff spot. He still has enough left to be a useful player on a contender. Seriously, he’s so nice and doesn’t deserve to go out like this.

Why he won’t get traded: The Avs probably foolishly consider themselves a good team, and why would a good team trade a good player? Part of me wants to do what Cuban baseball players do and help Iginla sneak out of Denver under the cover of night. “Iginla is a resident of Chicago now and will apply for Blackhawks citizenship.”

Where he should go: Seriously, get him to Chicago and get him the Cup he so richly deserves.