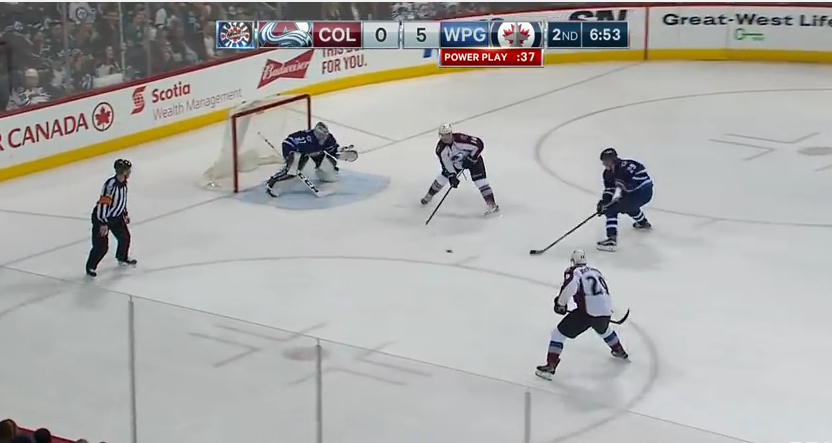 Welcome once again to “This Week in NHL Stupid,” where we track the ugly, the silly, and the just plain stupid in the world of hockey.

The first thing I want to cover is something that happened in the Avalanche/Jets game last Saturday. The Jets were up 5-0 on Colorado, who has the worst record in the NHL by a large margin. But with just under seven minutes left in the second period, Blake Comeau had himself a breakaway. A clear breakaway.

Then he did this:

Now look, I know the Avalanche are terrible. I know they were down 0-5 with the worst record in the league, with pretty much no reason to show up to work except that the schedule says they need to show up. They are nothing more than fodder for the rest of the league. But how, in any situation, do you justify what Comeau did? 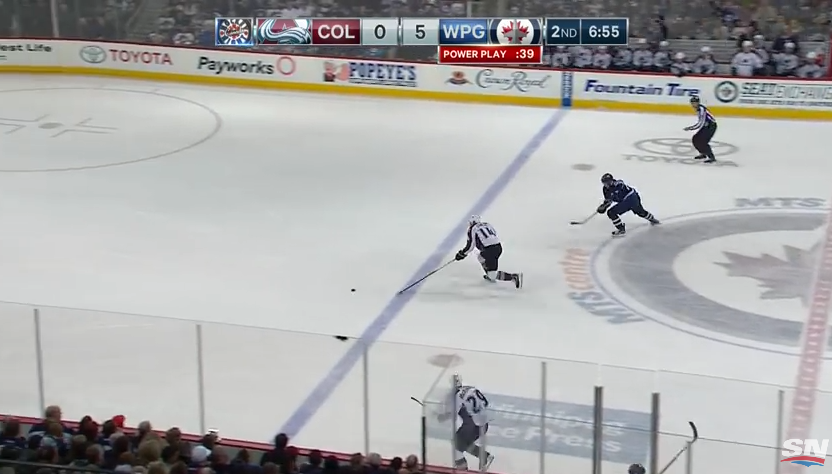 But something then goes horribly awry the moment Comeau decides to look behind him. 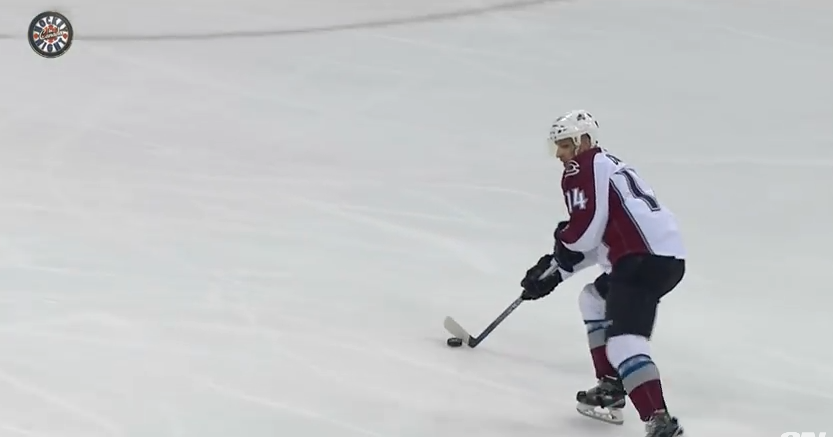 Why? He has a clear shot of the goalie in front of him, and he’s looking behind him. But OK, surely he’ll see that Nathan MacKinnon is too far behind him and too close to the boards to make a difference. And once MacKinnon crossed the blue line, he stopped skating! He was coasting waiting for Comeau to take a shot so that he could get a rebound.

Even Patrik Laine on defense stopped skating for a second. But credit to him for taking the only option he had, which was to play for the pass that never should have happened. 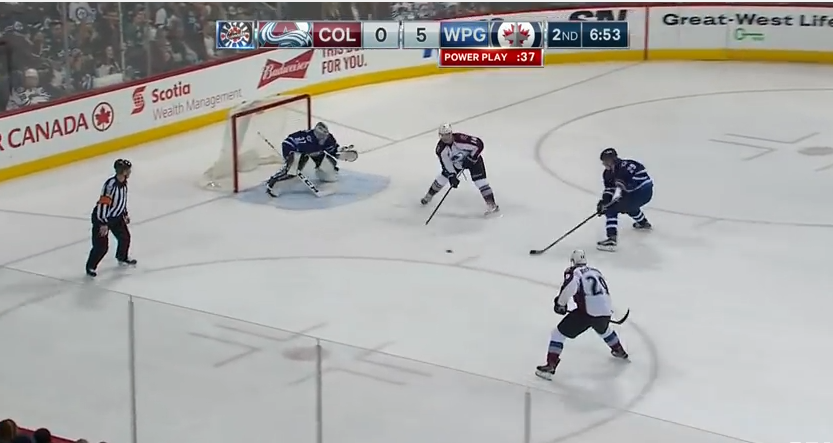 Look at where MacKinnon is when Comeau makes the pass. Even if Laine is daydreaming about cheeseburgers, a pass to MacKinnon makes no sense because the goalie never had to move. The entire decision-making process was pointless, costing Colorado a real chance at a goal which, considering their record, has been extremely hard to come by.

How do you overthink on a breakaway?

Tom Sestito Has One Job

But at least Comeau was using his brain, which is not what Tom Sestito used when he blasted Toby Enstrom with a dangerous hit.

Sestito was suspended for four games for the hit, and considering his past history, that seems about right. But there’s a very unseemly aspect to all of this, which is that Sestito, known as a player who doesn’t really contribute anything to a hockey team except rough play, was called up specifically for this game after the Penguins were roughed up by Winnipeg about a month ago.

It isn’t as if Sestito was called up immediately after that Jets game on Feb. 16 to help out with physical play against the rest of the league. He was called up for the Jets rematch, which reeks of revenge. And Sestito sure helped the Penguins get it, didn’t he?

What’s ironic is that Penguins owner Mario Lemieux is the first one to complain when hockey gets too chippy. But his Penguins have no problem employing a guy like Sestito, who once got 27 penalty minutes during a game in which he played just one second of hockey. Not only employing him, which is fine on its own, but calling him up specifically for a game against a team that had their way with the Penguins physically.

Sestito didn’t even last seven minutes without getting suspended for four games. The Penguins really didn’t know what they were asking for here? That’s willful stupidity to me, and it stinks to high hell from where I sit.

1 thought on “This Week in NHL Stupid: Blake Comeau has the stupidest breakaway you’ll ever see”