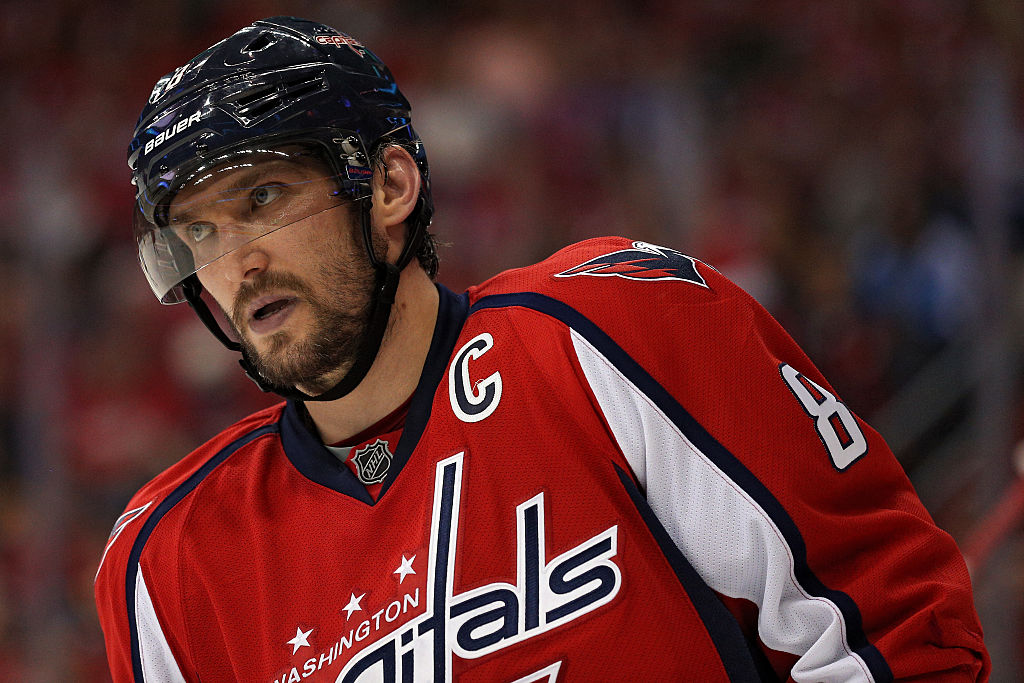 Let’s trade Alex Ovechkin to every team in the NHL.

Wait, not every team. The plan was to invent a hypothetical trade that the Capitals would consider, but folks, that’s impossible.

Earlier this week, Washington Capitals general manager Brian MacLellan opened the door to the possibility of the potential of the idea of the notion of maybe trading Ovechkin if the right deal came along. A “hockey deal,” MacLellan says, is what it will take to get Ovechkin, which is great, because he’s a hockey player and hockey deals involve hockey players.

“Hockey deal” is code for “deal that helps us now and isn’t a tank trade for picks/prospects,” but at least we know Ovechkin could go somewhere else next season.

But where? And how? Ovechkin is 31 years old with four years and about $39 million remaining on his contract, which is hardly unreasonable. He has a modified no-trade clause, but for the sake of this content, let’s assume he’s willing to waive it for anyone. What would it take to get Ovechkin?

Glad you asked. Here are 10 “hockey deals” that would send Ovechkin packing.

The offer: All of their 2017 draft picks, the person running their social media accounts, a $15,000 line of credit at MGM Grand and tickets to a Celine Dion show.

Would the Capitals do it? No. It’d be a straight contract dump by the Capitals and that’s not what they want to do. The Knights aren’t a full team yet, although they can’t possibly be on Ovechkin’s no-trade list, right? Unless MacLellan is a massive Celine Dion fan, it’s not happening.

Would the Capitals do it? No. More importantly, the Penguins wouldn’t do it. They wouldn’t do any deal for Ovechkin, probably, because they like winning in the second round of the playoffs too much. But if they win 16 playoff games without Letang, it’d be funny if they decided to trade him in the summer.

The offer: Marcus Kruger, Trevor van Riemsdyk and the rights to three future outdoor games the Blackhawks would otherwise play.

Would the Capitals do it? No. It’s not enough, there isn’t a good match because of the cap situation of the Blackhawks, and the league would veto any deal that takes away the Blackhawks from outdoor games.

Would the Capitals do it? Maybe? The Predators are in somewhat of a bind because of the protection rules for the expansion draft, and a Josi-forward swap alleviates that. Predators GM David Poile has already shown he’ll deal a key defenseman. Let’s make this happen.

Would the Capitals do it? No. But it’s fun to think about from the Devils’ perspective, because they could theoretically have Ovechkin and Ilya Kovalchuk on the same team in 2017-18. Bring Alexander Semin out of retirement and let’s have a wild-ass season in Newark, shall we?

Would the Capitals do it? No. It’s just funny to think about.

Would the Capitals do it? I won’t lie, I’m just winging this now. There aren’t many viable trade partners.  The Leafs wouldn’t do this, but would the Capitals? I kinda think no, even though they should jump at it.

Would the Capitals do it? No. But they should! They’d get a pretty good scorer for about $3 million cheaper than Ovechkin, then Eberle would be off the books in 2019. The Oilers get to have Connor McDavid and Alex Ovechkin together for four years. Ovechkin could score 70 next year.

Would the Capitals do it? No. Nobody would. Ovechkin is basically impossible to trade. He’s like the forward version of Shea Weber and you can only deal him if a general manager loses his mind and trades a supremely talented player for ridiculous reasons.

Would the Capitals do it? Absolutely. The move make sense for everyone. It allows Ovechkin to get a fresh start and the Capitals can tell their fan base they made a big move that helps the team now. The cap hits of Ovechkin and Ovechkin are exactly the same, so there’s no issue there. We won’t know for years who won the trade but it should be an exciting 2017-18 season for the Capitals.