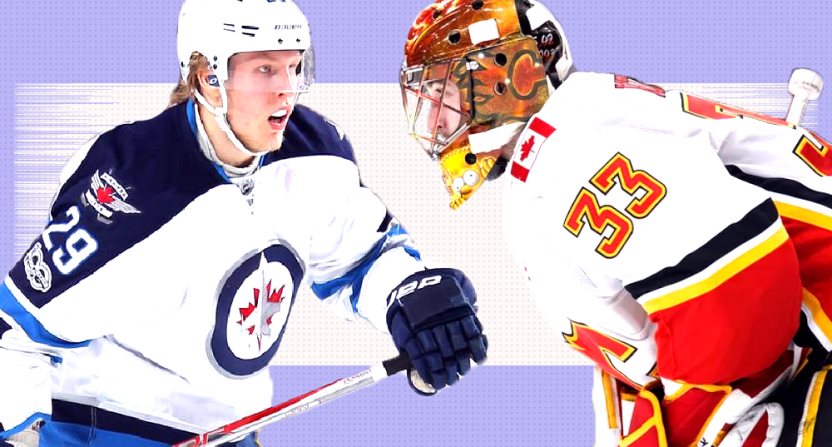 Most of the best teams in the NHL have glaring issues that could prevent them from making deep Stanley Cup runs. Unfortunately, there’s very little time to fix them. Some of those problems have plagued teams all season long, while others have just recently emerged.

Here are the biggest weaknesses for the top-four seeds in each conference.

The defending Stanley Cup champs have been troubled with a poor penalty kill all season. The Capitals rank 23rd in PK percentage with a 79.1 percent kill rate. General manager Brian MacLellan did address the weakness at the trade deadline, bringing in strong penalty killers in defenseman Nick Jensen and forward Carl Hagelin. Washington responded by killing 19 of 21 penalties, including a streak of 16-straight kills.

It seems the Capitals are on the right track by improving their penalty kill. Earlier in the season, it looked like their low special teams rate could sink them in the playoffs.

GM Kyle Dubas did well in bringing in shot suppressor extraordinaire Jake Muzzin in a deal with the Los Angeles Kings, but Toronto lacks depth on defense and between the pipes.

Outside the trio of Muzzin, Jake Gardiner, and Morgan Rielly, the Leafs’ defense leaves a lot to be desired. Nikita Zaitsev is a below-average defenseman with questionable decision-making skills. Meanwhile, Ron Hainsey (despite a league-leading plus minus) is too slow to log 20 minutes a night. Toronto has stockpiled some good young defensemen in the AHL, but none of them are ready or healthy enough to make an immediate impact. Too often Leafs defensemen are caught making bad decisions, resulting in scores for their opponents.

In goal, Garrett Sparks still hasn’t proven he is good enough to be a full-time backup. If starter Frederik Andersen goes down, the Leafs’ Stanley Cup aspirations will evaporate.

Once again, the Bruins are a top-heavy team with a great first line and little to no production from their third and fourth line. The Bruins’ offensive depth is the weakest among the top seeds.

Boston tried to address their bottom-six woes by acquiring Charlie Coyle from the Minnesota Wild, but the deal hasn’t worked out. Coyle has one assist in nine games. They are likely hoping their top line can continue to do the heavy lifting. In the playoffs, that might not be enough. Having two lines that can’t score is a major problem.

Tampa Bay looks so much better than the rest of the NHL, with no glaring weaknesses entering the playoffs.

The Lightning have four strong forward lines starring NHL scoring leader Nikita Kucherov and a great defense with likely Norris Trophy nominee Victor Hedman. Between the pipes, Andrei Vasilevskiy has provided Vezina-caliber goaltending. If Tampa Bay can remain healthy, they’ve got a great chance at winning their first Stanley Cup since 2004. They might even steamroll the rest of the East on the way to the Final.

It’s hard to fathom a team featuring the likes of Ryan Johansen, Roman Josi, Filip Forsberg, P.K. Subban, and Viktor Arvidsson struggling on the power play, but the Predators have been awful with the man advantage.

Nashville ranks 30th in the NHL with a 13.2 percent conversion rate on the power play. Every other team on this list ranks in the top ten. Bringing in power play specialist Mikael Granlund from the Wild was a good start, but not enough to spell the team’s struggles. Without the ability to score at even a league-average rate on the power play, the Predators will have a tough time making a deep run in the playoffs.

The Jets have killed 79.0 percent of their penalties. That’s good for the seventh-worst mark in the NHL. Winnipeg needs to be better, but they’ve overcome the issue by being a phenomenal offensive team with the fourth-best power play in the league. It’ll be interesting to see if the power play can mask the penalty kill come playoff time.

It’s also worth mentioning that the Jets need Patrik Laine to step up his game, and soon. After scoring 21 goals in the first two months of the season, Laine has scored just eight times in his last 45 games. That’s a pedestrian rate for someone who tore up the league in his first two years.

Calgary seemed to be set in goal with breakout star David Rittich emerging as a starter early in the 2018-19 season. However, the Flames’ goaltending has been one of their biggest problems over the last couple of months.

Since February 1, Calgary has posted the sixth-worst even strength save percentage with a .905 rate. Rittich has struggled as the season has progressed. Post All-Star break, he’s 5-3-1 with a 3.35 goals against average and a .882 save percentage in 10 starts. Mike Smith has been slightly better after the break but still carries a .896 save percentage on the season. The high-scoring Flames need improved results from their goalies.

Giving credit where credit is due, Martin Jones has been much better post All-Star break with an 11-3-1 record, a 2.28 goals against average and a 9.13 save percentage in 15 starts. But, that doesn’t take away from the fact the Sharks’ goaltending has been the worst in the entire NHL all season long.

San Jose ranks dead last in the league with a team .901 even strength save percentage. Neither Jones or backup Aaron Dell have been even average despite the Sharks giving up just 28.3 shots per game, the lowest rate in the league. If San Jose had a goalie like Andrei Vasilevskiy, they’d be in a similar position as Tampa Bay.

Jones has proven to be a great goalie in the playoffs.  If he doesn’t perform this time around, though, the Sharks will have no choice but to find a better goalie.

1 thought on “What are the biggest weaknesses for the top teams in the NHL?”