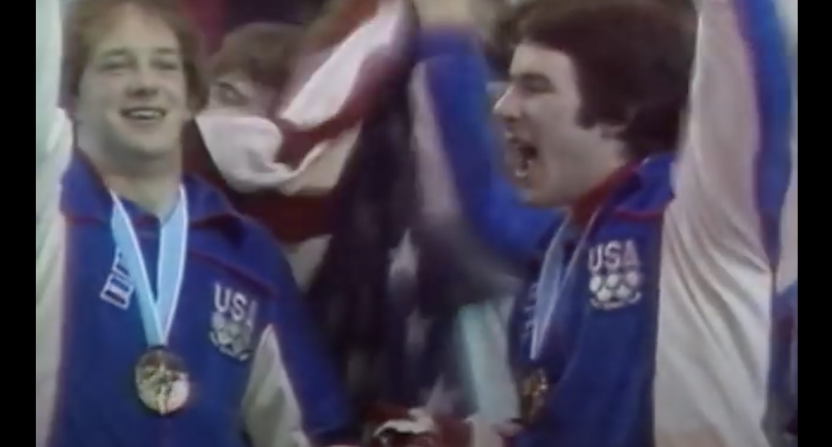 The “butterfly effect” is when even a small change could result in larger changes in the future. Sports are no exception to that phenomenon. There have been so many monumental, history-defining moments in sports, but if some of those moments hadn’t happened or if their outcome had been different, our view of sports as we know it may be vastly different. “What if…” looks at some of these big moments and speculates on how that sport, or maybe sports in general, may look if the outcome had been different.

The 70s wasn’t a great time in the United States. At the end of the decade, the U.S. was coming out of Vietnam and Watergate, and along with an oil embargo by OPEC that caused a shortage, a rise in inflation began that has been mostly climbing to this day. Factor in that not long before the 1980 Lake Placid Olympics, 66 people were taken hostage in Iran. While patriotism was at a high, it was one piece of bad news after another.

In the hockey world, the U.S. Olympic Hockey Team and the Soviet Union Olympic Hockey Team were on completely opposite ends of the talent spectrum. The Soviet Union was full of professionals who had won four consecutive gold medals, while the United States had a team full of college players. It was like the Lakers facing Duke. Duke is great, but pros vs. college players shouldn’t be a close matchup.

The USA and USSR played an exhibition game nearly two weeks before their legendary game. The United States lost 10-3, but that started the process on the far-different result that would eventually be seen by millions of people. A mix of the Soviets underestimating their opponents and the Americans testing themselves culminated in one of the most memorable moments in sports.

The hockey competition at the 1980 Olympics consisted of 12 teams split up in two equal divisions, with the top two teams from each division advancing to the final round. USA’s biggest competition within their division was Sweden, who wound up winning the division. And the U.S.’s 2-2 result with Sweden had further implications for the medal round.

The Soviet Union completely dominated their division. They averaged 10 goals per game, and that included a 16-0 win over Japan. The fight for the second spot was between Finland and Canada, who were both tied with three wins and two losses. Finland’s win over Canada proved to be the difference, and the final round consisted of the Soviet Union with two points, Sweden and USA tied with one point, and Finland with zero.

The USA/USSR game was a back-and-forth contest that constantly had the Soviet Union in control. Every time the Soviet Union scored, the United States answered and tied things up, but they never had the lead until captain Mike Eruzione scored with 10 minutes left in the third period. The United States were ahead 4-3, but what happened next was probably the most stressful 10 minutes in American sports history. Goalie Jim Craig blocked shot after shot, but didn’t allow another goal as Herb Brooks’ squad conquered the Soviets.

Despite that win, that wasn’t the end of the miracle. USA still had to face Finland, and a loss would’ve given the gold medal back to the Soviet Union. That game wasn’t easy either. Like the previous game, USA fell behind but answered back multiple times. Then in the third period, the United States tied, took the lead, and then sealed the game, defeating Finland 4-2 and clinching gold.

What if the Miracle on Ice never happened?

Many pointed to the Miracle on Ice as a landmark event that the United States needed during a rough time, with some claiming that it even in a way helped contribute to winning the Cold War. And it was a prime example of sports being a positive influence on society, for Americans at least. Defeating the Soviet Union was definitely an incredible event that marked a rare opportunity for all Americans to get together and celebrate, but winning or losing may not have affected anything within geopolitical politics. The hostages likely would’ve been freed in 1981, and the Cold War likely would’ve ended in 1991, regardless of what happened at Lake Placid.

One person who may have had his career go quite differently had none of this happened is Al Michaels. Michaels has a Hall of Fame broadcasting career that has spanned 11 Super Bowls, seven World Series, two NBA Finals, and he has hosted numerous Triple Crown races, Stanley Cup Finals, Indy 500, and the Olympics. But USA vs. USSR from 1980, with his signature call of “Do you believe in miracles?” remains his most memorable call, and it cemented him on the national stage for the rest of his career (which is still going strong 40 years later).

If the United States had lost to the Soviet Union, it would’ve meant a gold medal for the USSR. More than likely the United States would’ve finished with silver, but only the most diehard sports historians would’ve known that, and the 1980 hockey tournament would’ve been largely forgotten.

The more fun scenario to speculate is if the United States had lost to Finland after defeating the Soviet Union. For this, I’m reminded of the United States at the 2011 FIFA Women’s World Cup. While USA and Brazil didn’t have the type of conflict as USA did with the USSR, their quarterfinal game had a similar feel within the sports realm. Things seemed like they had been going against the United States at every turn, including a saved penalty that was controversially retaken. After scoring in extra time, Brazil kept wasting time to squeeze out a win. Then Megan Rapinoe let out a long cross to the head of Abby Wambach to equalize in the 122nd minute and take the game into penalties. After winning in penalties, the USWNT showed a “never give up” attitude that modeled 1980 and it was a huge win for the United States.

Unfortunately, unlike in 1980, the United States lost the 2011 Women’s World Cup Final to Japan in penalties. Losing to Finland after beating the Soviet Union would’ve had a similar impact to 2011. The win over Brazil was great and people still think about that every once in a while, but winning the tournament would’ve made USA/Brazil one of the greatest moments in US Soccer history.