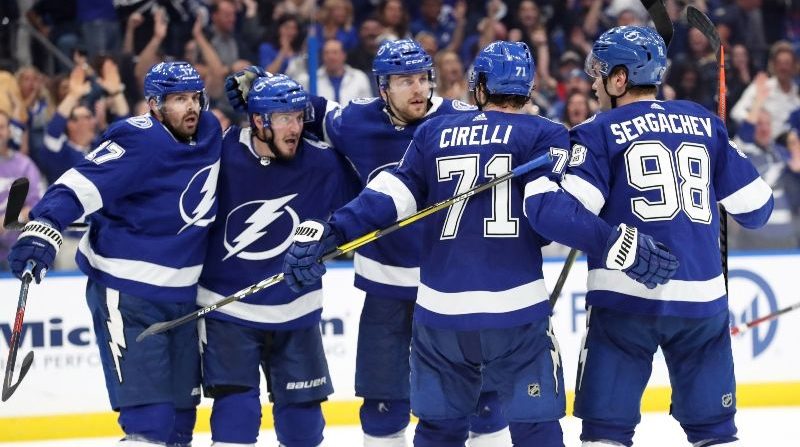 Although it’s probably way too early for NHL tips and predictions, bookies never miss the opportunity to offer odds on outright Stanley Cup favorites as early as possible. Ahead of what’s expected to be a busy offseason for most teams, major online bookies have ousted the early betting favorites for the 2020 Stanley Cup and there are quite a few surprises on the list.

Last year, the Blues won their first title in the Stanley Cup Finals after defeating the Bruins 4-3. The title essentially ended a 51-year old trophy drought for the St. Louis Blues, the third-longest in the league’s history. Even though the Blues are coming off their first trophy run, they are not the major favorite for next year.

The odds this year are in favor of the Tampa Bay Lightning who bookies have at 8/1. After being disastrously swept away in the opening round of the NHL playoffs this year, the Lightning are still considered a winning team that projects as the major Stanley Cup favorite next year.  The Bruins, Golden Knights, and Maple Leafs are among the top favorites as well, with the Blues, Avalanche, Capitals, and Sharks lurking from behind. If the early odds are to be believed, we’re headed for another exciting NHL season.

In one of the biggest NHL Playoffs surprises of all times, the Tampa Bay Lightning fell to the Columbus Blue Jackets in only 4 games in the first round last season. After dominating the regular season thanks to Kucherov and Stamkos, the league’s best offense was easily shut down which led to one of the most shocking collapses in the league’s history. It was so bad that the team didn’t waste words on Twitter during the apology.

Even with that, the Lightning are still the major favorites to win the Stanley Cup next season, at least at this point of the offseason. Potential trades in the making could move teams further up the list, but for now, Tampa Bay is riding high and it will stay like that if others don’t make any substantial moves.

Available at 9/1 early before the season, the Bruins are among the teams that have something to prove. After falling in 7 games to the Blues in the Stanley Cup Finals last season, you can bet that the Bruins will come back stronger this season. History isn’t on Boston’s side, though – there are only two clubs in NHL’s history that have lost the Stanley Cup only to come back and win it next season (Edmonton Oilers in 1983-1984 and the Pittsburgh Penguins in season 08-09). However, if there’s one team that can do it, it’s the Bruins.

After appearing in the Stanley Cup Finals in their first season in 2018, the Golden Knights fizzled out of the playoffs last season courtesy of the San Jose Sharks. Still, the team is growing with each passing year and there’s a genuine belief they can get back to the Stanley Cup Finals and lift the trophy with a bit of luck. Bookies give the Vegas Knights the same odds as the Bruins (9/1) which look great from a punter’s standpoint.

The reigning champions haven’t been blessed with top favorite odds for next season’s Stanley Cup trophy. Currently at 12/1, the Blues are behind the Maple Leafs and right on point with the Avalanche. After defeating the Bruins in last year’s exciting game 7 of the Finals, the Blues will definitely be back for more. Even though the odds may not suggest it, veteran punters know that the Blues shouldn’t be written off.