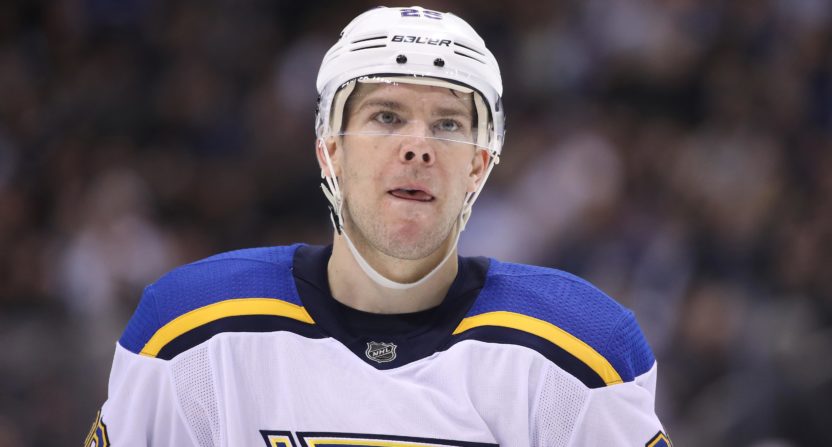 The 2018 NHL trade deadline has passed. As the dust settles and fans try to figure out which team improved the most, everyone can agree on one thing: the deadline was underwhelming. That’s been the case more times than not, but the day did feature some noteworthy moves by teams trying to make that final push towards the Stanley Cup.

With that, here are our biggest winners and losers from the deadline.

The Lightning needed to add a defenseman and they accomplished that goal without having to pay an outrageous price for Ottawa’s Erik Karlsson. They picked up both defenseman Ryan McDonagh and forward J.T. Miller from the New York Rangers in exchange for two picks, two prospects and Vladislav Namestnikov.

All things considered, that’s not a bad price. The Lightning were able to add without subtracting from their current roster. McDonagh could skate with Dan Girardi, creating a solid 1-2 defensive combination for the Lightning.

Now they’ll have to wait and see if these two players are enough to get over the playoff hump.

What can you say about the Senators? The team had one job – moving Karlsson – and couldn’t pull off a deal before the deadline. Now they’re left with an unhappy Karlsson and fans who wish the team actually did something after trades were rumored and hinted at for weeks.

It’s possible the Senators could get more for Karlsson this summer, but that may be hard to pull off considering they were reportedly offered packages as large as six pieces before the deadline.

Per @FriedgeHNIC, the Golden Knights offered Ottawa up to six (6!) pieces for Erik Karlsson.

And that still wasn't enough to get a deal done.

Those six pieces could have been garbage, but you get the idea.

Ottawa will now play out the season with several players who they essentially told were going to be moved. Players like Karlsson, Bobby Ryan and Matt Duchene can’t be too happy to find themselves in this predicament.

Given the amount of turmoil that’s been surrounding the team, owner and the fans, things look like they may get worse before they get better.

The Jets are going for it. They made one of the larger deals of the day, picking up center Paul Stastny from the St. Louis Blues in exchange for a 2018 first-round pick, a fourth-round pick in 2020 and forward prospect Erik Foley. The Jets were also able to convince the Blues to cover half of Stastny’s salary for the remainder of 2017-18.

The price wasn’t cheap, but the addition of Stastny gives the club a solid option who could skate with Patrik Laine. Stastny will probably just be a rental, but his ability to string together some passes and his skill on draws will certainly help.

Will Stastny be viewed as an intelligent addition or an expensive rental? That all depends on how the Jets wrap up their season.

Oh, the Blues. Sometimes it seems like they are their own worst enemy. After an amazing start to the season where they looked like one of the NHL’s elite, they’ve crumbled over the past several weeks and have fallen out of the playoff picture. They’re still within reach of a postseason berth, but they seem conflicted on what they want to do.

The Blues sold off Stastny to the Jets and actually picked up a decent haul. The move mostly signaled that the Blues were calling it this season, but then they stopped and didn’t make any other moves before the deadline. The Blues appear to be worse following the deadline, yet they didn’t fully commit to selling off the assets who are holding them back. Their inaction earns them a spot here.

Why is Vladimir Sobotka still on this team? The same could be asked of Patrik Berglund, Alexander Steen and several others. The Blues are weighted down by some bad contracts, yet don’t want to admit they’re a team full of third-line talent.

From what I gather, the locker room is divided like this. Steen's guys on one side…. Petro's on the other. Steen wasn't thrilled about not getting the C

Instead of really addressing what appears to be a broken team at the deadline, the Blues will apparently wait until this summer to try to find some answers.

Unlike the other winners on this list, the Rangers had a solid deadline by fully admitting that they were throwing in the towel. Instead of toeing the middle of the road like other teams (looking at you, Blues), the Rangers went for a big change. They committed to selling and that’s exactly what they did.

Did they get enough in their trades that sent McDonagh and Rick Nash packing? That’s certainly debatable. It’s tough to fully evaluate these kinds of trades until the dust has settled on all of the picks and prospects involved.

At the very least, the Rangers were able to avoid the type of ugly scenario that’s currently facing the Senators.

This may be the best way to sum up whatever it is the Canucks are doing:

My girlfriend, who only follows hockey casually: "Whenever the Canucks make trades, it reminds me of when I play a board game without understanding the rules. When it gets to be my turn, I just panic and do something that doesn't make sense just for the sake of making a move."