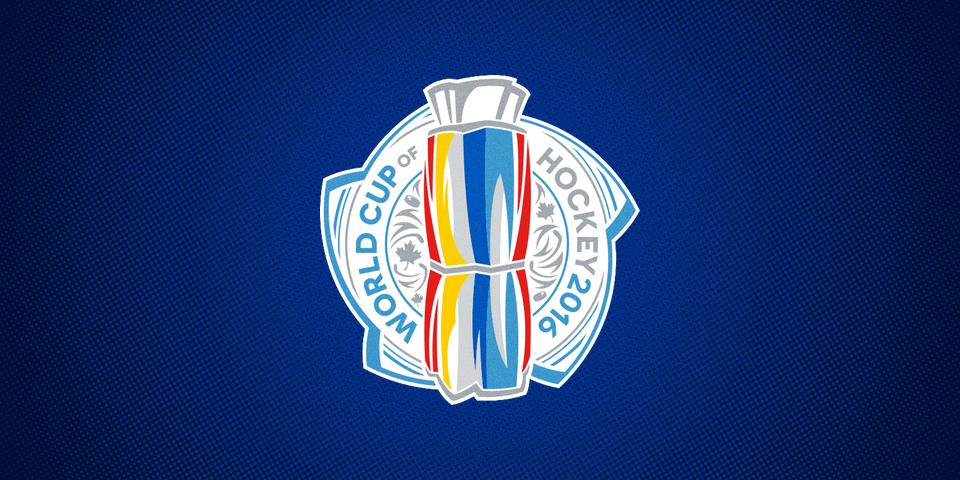 The World Cup of Hockey is a tournament hosted by the NHL which begins on Sept. 17 and pits eight teams featuring the best players in the world against one another in an international battle. At least, that’s how the NHL is marketing the resurrection of the tournament, which went dark after the 2004 edition.

In reality, the tournament is designed to expand the league’s international footprint while also providing a big boost in revenue, which is normally absent during other international tournaments such as the Olympics.

Will the 2016 World Cup of Hockey be a success? Will anyone besides serious hockey fans craving some actual games tune in? That remains to be seen, but there is one clear way for the NHL to make sure it’s a hit.

Keep in mind that the last time the World Cup of Hockey was played, they awarded a trophy which looks like a crappy lamp you’d find at a yard sale or some sort of weird punch bowl.

The designer of the original trophy (pictured left) doesn’t even look happy to be standing next to this… thing… when it was unveiled in 2004.

Based on the logo for the 2016 edition of the tournament, the trophy will be making a comeback in one form or another. The league with the best trophy in sports hedged its bets by also creating one of the worst trophies in sports. Can’t win ’em all.

Ugly trophy aside, the NHL would be wise to keep things light in its first recreation of the World Cup of Hockey. Here’s what that means:

The vast majority of people who watch the World Cup will have never seen one of the previous iterations. In other words, the narratives that the league might fall back on, which have been used for previous Olympic or other events, have no value here.

There are some fun angles the league can focus on. The ol’ USA vs. Canada rivalry can exist, regardless of the tournament. The fact one team is created of the best youngsters from North America might be one of the most interesting stories to follow. How will Team Europe, a squad with players from eight countries, compete against teams with more chemistry?

There’s a lot of ways to succeed when it comes to marketing/promotion. The biggest way to fail is by selling something that isn’t there. The World Cup of Hockey isn’t replacing the Olympics no matter how hard the NHL tries. Don’t try to convince fans that this is the premier event. At least not yet.

Remember how the league would try (and still tries) to make the All-Star Game feel like something that actually matters rather than a fun exhibition? Don’t repeat that same mistake. The World Cup means more than the All-Star Game, but it’s not on the same level as the playoffs. There isn’t a single player competing that would rather take home this trophy (feels wrong to even call it that) over the Cup.

Let the players express themselves

A lot of the usual, tired quotes and cliches have been stated heading into the World Cup. Players are talking about grit, pursuit of the puck and other boring analogies which should be banned from the game. Others have taken a different, more entertaining route.

The youngsters from Team North America have spouted off with some memorable, cocky quotes which you can’t help but love. Aaron Eckblad said, “It’s actually crazy how good we are.” Nathan MacKinnon said, “I don’t think there’s a more skilled team than ours. I’ll go against anybody’s roster.”

That kind of quote makes this whole event worth a damn. It’s adding a new perspective hockey fans normally don’t see. The NHL has a deep tradition of stifling players who express themselves. Exhibit A would be P.K. Subban with the Canadiens. Heading into the World Cup, players have been more open, more blunt, and more interesting because they’re not taking the tournament that seriously. Probably not as seriously as the league would like. They’ll compete and try to win, but avoiding a serious injury is probably a higher priority than winning.

Pull out all the bells and whistles

If you have new technology ready to roll out for the 2016-17 season, now is the time to deploy it. The World Cup of Hockey could also serve as an exhibition for the new technology the league and broadcasters will use in the future, giving fans yet another reason to watch. No one is talking about the return of the glowing puck here, but instead the introduction of player and puck tracking (which will be at the 2016 World Cup) are pretty exciting elements that are more interesting to fans than the league might realize.

Why not show off some of the cool enhancements coming to how the game is viewed and tracked at the World Cup?

Let the tournament build its own prestige

This one might be similar to the narratives point above, but I’ll go one step further. For the most part, the World Cup of Hockey is brand new and should be treated as such. If announcers spout off about stories histories and traditions, they’ve missed the boat. Plenty of excitement can be built with the fact the World Cup is expected to be a permanent installation for the NHL and this is a chance to start building stories and new traditions.

Have some fun with it

That’s the bottom line. Try new things. Set up some unique player interviews. Poke fun at the trophy. Focus on the most unique teams. Don’t lean on the past. Build your own story.

The World Cup of Hockey can be a big success, but only if the league avoids all of its natural instincts to ruin it.