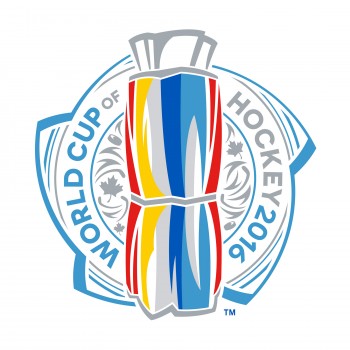 One month from today, the World Cup of Hockey will begin in Toronto, and the NHL has plenty of new technology to roll out, as well as a possible preview of what future ads on jerseys might look like.

Many NHL fans have been clamoring for puck and player tracking (this is not FoxTrax, so no comet trail), and the World Cup of Hockey will be the first time the technology is used for a non-All Star Game event. Infared sensors will be on both the back of player sweaters as well as inside the puck which can track speed for the puck and skating and plenty of other cool tricks (so maybe this might be FoxTrax after all). Fans will be able to see the data used as the games are going on in both the ESPN and Rogers broadcasts, although they won’t be able to directly interact with the data during the tournament, which is annoying.

While you’re watching Team North America take on Russia, you might see something different along the dasherboards. What you’ll see are digitally enhanced ads, much like what run around the pitches at most European soccer games and behind the plate at most MLB ballparks. The ads will also be tailored directly to the markets they are serving, so what Canadian TV viewers see on Sportsnet and CBC won’t be seen in the US on ESPN, or in Europe and vice-versa.

And for the jerseys, which are now going on sale, there will be a SAP shoulder patch on those worn by the players during the tournament. SAP is a major NHL sponsor as they provide the data and interface for the “enhanced stats” section of the NHL’s website, and their chairman of the board, Hasso Plattner, also owns a controlling interest in the San Jose Sharks.