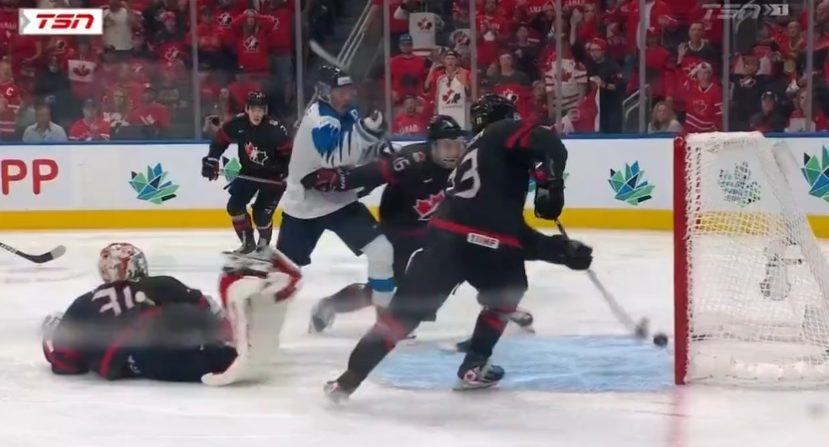 The box score tells us that Canada defeated Finland 3-2 on Saturday to win the 2022 World Junior Ice Hockey Championship. That’s impressive. It also tells us that Canada won in overtime, which is even more exciting. But even that doesn’t tell the whole story of how thrilling this game was.

Normally, an overtime winner to clinch the World Juniors would be the unquestioned highlight. In this case, though, Canadian captain Mason McTavish provided the night’s top highlight not with a goal that he scored, but prevented.

In the early minutes of overtime, Finland’s Topi Niemelä took a shot that had Canada goaltender Dylan Garland beat. It was cruising into the net, seemingly unimpeded. Only, McTavish was there to keep the shot from going in.

SAVE OF THE YEAR. MASON MCTAVISH. #WORLDJUNIORS pic.twitter.com/mR1UaeULcN

McTavish bats the puck out of the air in overtime to keep Canada’s gold medal hopes alive, absolutely incredible 🤯 pic.twitter.com/bP2LCnDmCI

MASON MCTAVISH ARE YOU KEEDIN ME?!?!

Mason McTavish, greatest play in World Junior history? Has to be in the running.

Naturally, Garland got in on the praise of McTavish.

Dylan Garand on Mason McTavish’s save: “Save of the year. Best I’ve ever seen.”

Of course, while McTavish’s saved the game, it didn’t win it. Had Finland scored, McTavish’s play wouldn’t be much more than a footnote.

Just over a minute later, though, his teammate, Kent Johnson, put those concerns to bed.

The win gave Canada 19 championships in the event that features the best 20-and-under hockey players in the world. That’s easily the most of any country, with the Russia/Soviet Union/Confederation of Independent States in second place with 13. No other country has more than five.

This one, though, maybe the most memorable for the Canadians and could remain that way for quite some time to come.