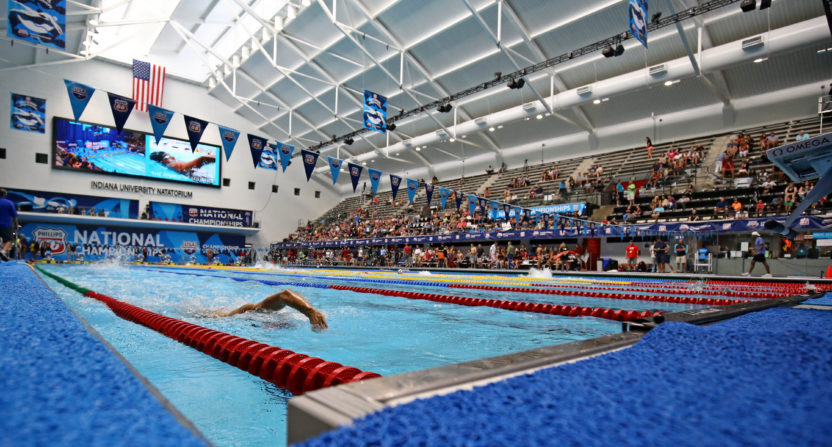 As horrific as the Larry Nassar case was, it was tempting to think of it as a one-off incident. Unfortunately that’s not the case, and it’s not even the case among the United States Olympic community.

Yesterday, law enforcement officers searched the Seattle apartment of Sean Hutchison, a 46-year-old former Olympic swimming coach. Hutchison was accused by former Olympic swimmer Ariana Kukors of multiple examples of sexual abuse dating back to when Kukors was a minor.

Via Levi Pulkkinen of the Seattle Post-Intelligencer, who had the original story:

Investigators with a Homeland Security Department task force on Tuesday searched Sean Hutchison’s downtown Seattle apartment, recovering electronic devices they say may contain evidence that Hutchison sexually exploited swimmers in his coaching stable. The investigation is ongoing; Hutchison has not been criminally charged.

Ariana Kukors, a member of the 2012 U.S. Olympic team, said she went to police with claims that Hutchison sexually exploited her as a girl by using his position as her coach to “groom” her. In a statement Wednesday, Kukors, now 28, said she acted out of concern that Hutchison may still be abusing children.

“I never thought I would share my story because, in so many ways, just surviving was enough,” Kukors said. “I was able to leave a horrible monster and build a life I could have never imagined for myself.

“But in time, I’ve realized that stories like my own are too important to go unwritten. Not for the sake of you knowing my story, but for the little girls and boys whose lives and future hangs in the grasp of a horribly powerful and manipulative person. That they may not have to go through the same pain, trauma, horror, and abuse. That their parents, mentors, and guardians are better able to spot the signs of grooming and realize it’s tragic consequences before it’s too late.”

Hutchison resigned from Olympic coaching in 2010, amidst reports (like this one from the Washington Post) that he’d had a sexual relationship with a swimmer. Kukors is alleging their relationship began when she was a minor, and was the result of predation and manipulation from Hutchison.

Here’s one more relevant factor: Hutchison still works with kids, or at least he did up until this week:

As of Wednesday, Hutchison was listed as the CEO and program director of King Aquatic Club, a USA Swimming member sports club. The club did not immediately return a request for comment. USA Swimming did not return requests for comment.

Hutchison is suspected of possession of child pornography and sexual exploitation of a minor. He was not jailed following Tuesday’s search of his home.