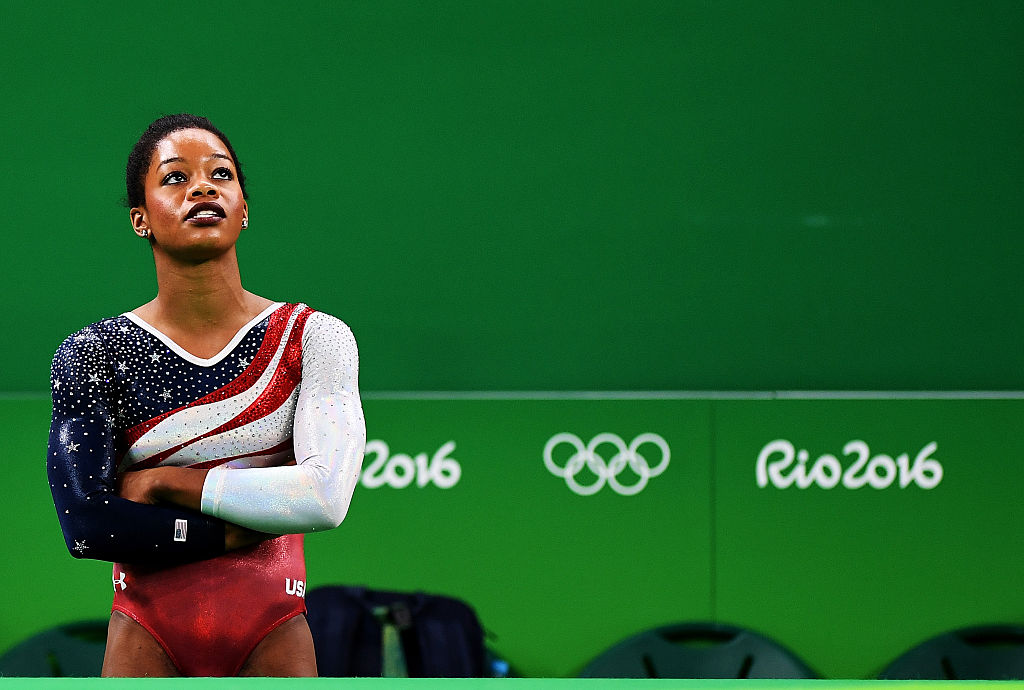 Four years ago Gabby Douglas was America’s sweetheart gold medal gymnastics champion. Now, she has been reduced to fighting back tears due to online bullying by people with nothing better to do than nitpick every little thing she does for the sake of finding any flaw that can be exposed beyond belief.

The weight carried by the pressure brought on by social media took a toll on Douglas. On Sunday, after Douglas wrapped up her Olympic trip with a seventh-place finish in the uneven bars, her true speciality, Douglas broke down and showed she is a human being just like the rest of us.

Douglas has been criticized a number of ways during the Rio games, and we’re not talking about the same kind of criticism NBC faces with its decision to tape-delay the gymnastics events. People have taken aim at her hair, her behavior during the national anthem and even what she’s doing (or not doing) in the stands while her United States teammates compete in separate events. It has gotten even worse, according to Natalie Hawkins, Douglas’ mother.

“She’s had to deal with people criticizing her hair, or people accusing her of bleaching her skin,” Douglas’ mother, Natalie Hawkins, told Reuters in an interview on Sunday.

“They said she had breast enhancements, they said she wasn’t smiling enough, she’s unpatriotic. Then it went to not supporting your team-mates. Now you’re ‘Crabby Gabby’.”

You might be quick to think this is is just a mother lashing out in frustration in defense of her child, exaggerating the truth. If only that were the case. During the games, following the team competition, Douglas took to social media to reply to many of the criticisms she faced after the United States won a gold. Douglas stood at attention, rather than place her hand over her heart during the raising of the United States flag and the playing of the Star-Spangled Banner.

“I never meant any disrespect and apologize if I offended anyone,” she added. “I’m so overwhelmed at what our team accomplished today and overjoyed that we were able to bring home another gold for our country!”

Yes, people were upset she was not patriotic enough without realizing how many athletes have chosen to do the same over the years, including The Dream Team in 1992.

Douglas never should have had to go through what she did, this much should go without saying. Yes, people on the Internet can be awful and in a world in which instant reaction is available to anyone with a smartphone or a keyboard and without the risk of being punished for their expressions, too many people become the target of mean-spirited tweets. How anyone could find anything worth criticizing Douglas for after being a tremendous teammate by all accounts from those on and around the team, four years after winning a gold medal, is simply beyond me.

America loves a champion, but some take even more joy in tearing that champion apart. That’s just crazy.