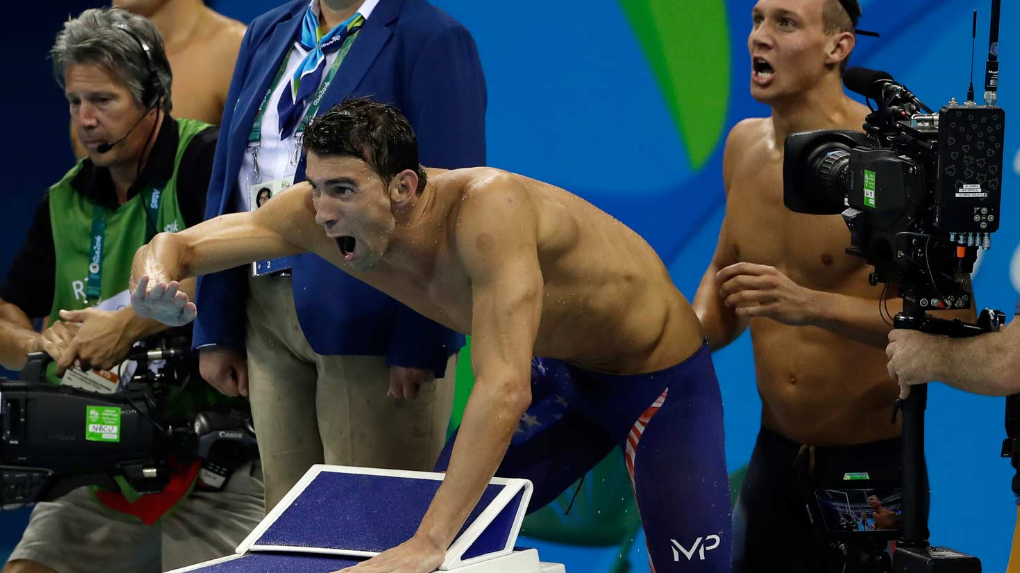 Michael Phelps is on the cover of Sports Illustrated, along with Katie Ledecky and Simone Biles.

Par for the course, right? The three biggest American names from the Olympics get their run on the cover. So, what’s the big deal? Well, on that cover, Phelps is adorned with a Nike swoosh. And as Business Insider notes, that creates a bit of an embarrassment for Under Armour, his sponsor.

When asked about the situation, Phelps’s agent and an Under Armour representative stated that their client was required to wear it for the cover. Nike is the official sponsor for Team USA, and will be so through the year 2020. This latest cover has served to add more fuel to the fire in regards to the competition between Nike and Under Armour:

“This will go on the wall at Nike,” Rick Burton, who previously worked as a US Olympic Committee chief marketing officer, told Bloomberg. “Under Armour must be going wild behind closed doors.”

An Under Armour representative and Phelps’ agent told Bloomberg that he was required to wear Nike, as it’s Team USA’s sponsor for the Olympics.

But three sources told Bloomberg that there was no such requirement.

Was this simply a misinterpretation of the rules? Or was there, as Phelps’ agent puts it, an underlying pressure to have his client wear team-sponsored apparel? After all, the Sports Illustrated cover remains an iconic image despite the decline of print media, and having your logo on one of the most decorated Olympians remains a huge deal.

Plus it’s not like Phelps is ignoring his own deal. Here’s the behind-the-scenes video from Sports Illustrated during the photo shoot, which captures Phelps in Under Armour shoes:

It’s odd that he’d have contrasting gear, but then maybe at a certain point, you just don’t even think about which athletic apparel you’re wearing. It’s odder still that Phelps’s team didn’t request the Nike logo to be scrubbed from the shot, which wouldn’t have been a big deal at all, as it’s not key to the photo. Neither Ledecky or Biles have visible logos.

Regardless of how it happened, it’s a large piece of free advertising for Nike, which can’t make Under Armour happy.