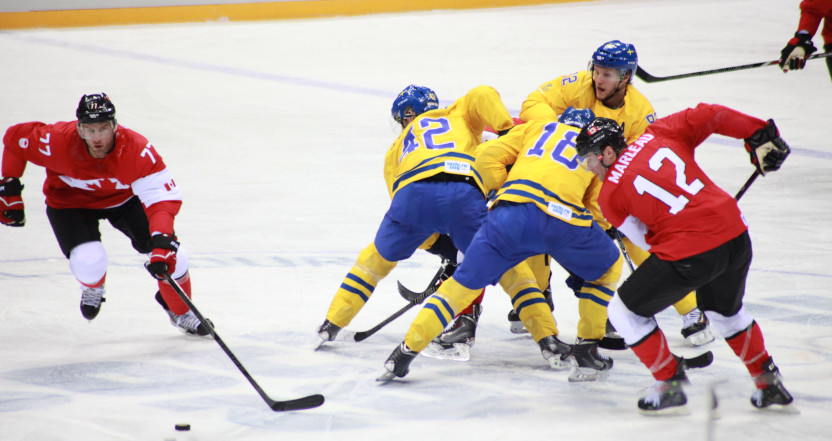 After a long discussion of if the NHL would send its players to the 2022 Beijing Winter Olympics, and a September agreement to facilitate that,  it turns out that the league’s players will not be participating after all. With large numbers of NHL games currently postponed over the COVID-19 Omicron variant (some detailed here), the NHL and NHLPA agreed Tuesday that they won’t take part in the Olympics after all. Frank Seravalli of DailyFaceoff first reported that Tuesday morning, and the full decision is set to be announced Wednesday. Here’s more on that from Alan Binder and Andrew Das of The New York Times:

National Hockey League players are not expected to participate in the 2022 Beijing Olympics, reversing plans announced in September and signaling fears that rising numbers of coronavirus cases and virus-related postponements will hurt the league’s ability to complete its own season on schedule.

The decision about the Olympics is expected to be announced on Wednesday, people familiar with the deliberations said. They spoke on condition of anonymity because the N.H.L. and its players’ union had not publicly disclosed their intentions, even as they had telegraphed them for weeks.

…The decision that N.H.L. players would not go to Beijing, however, reflected spiraling concerns among the league, its teams and their players about the possible effects of the pandemic on the rest of the season. The N.H.L.’s retreat came only weeks before the Games’s opening ceremony on Feb. 4, and less than four months after the league announced a plan to load the men’s tournament rosters in Beijing with the sport’s biggest stars.

While things had been trending towards no NHL participation for the last few days, it’s still notable to see that becoming more and more official, with countless outlets reporting that this skip is now happening. And it’s also notable to see that happen now, as even that “Olympic break” likely won’t lead to many rescheduled games being made up thanks to teams’ arenas’ other commitments. As Greg Wyshynski of ESPN wrote Tuesday, many arenas won’t be too available during that span:

Sources said that rescheduling could include currently postponed games or potentially moving up games that are scheduled for later in the season, but there could be a lack of arena availability during the break. While the NHL asked arenas not to book events during the break in case players didn’t participate in the Olympics, many buildings booked concerts and other events, seeking to make up for lost revenue during the pandemic.

It’s expected there will still be some semblance of a break in the schedule. Predators general manager David Poile told ESPN 102.5 The Game in Nashville that he believed there would be a “compromise” for the amount of time players will have off, with games being crammed into the final week of that break. He also floated the idea that the regular season could be extended by a week.

Sean Shapiro of The Athletic had more on that last week:

Multiple team officials, however, were a little bleaker and painted a picture where very few, if any, games could be realistically scheduled into that window. One team executive simply said, “it’s a logistical nightmare,” when asked about the potential of a revised schedule with that many moving parts across the league.

For two-thirds of the league, building availability would be a major hurdle to start. Twenty of the 32 NHL buildings have at least five events already booked during the scheduled Olympic break, with eight buildings already having 10 or more events on the calendar. Because of building schedules, the only way teams like the Washington Capitals or Los Angeles Kings could take part in a revised schedule would be if they were on the road for each contest.

We’ll see what this means for the Olympic men’s hockey tournament, and for the NHL during that span. And what happens to the Olympic men’s hockey event may be interesting to watch, as men’s hockey has long been a marquee event for NBC when NHL players have been taking part (the 2014 gold-medal game between Canada and Sweden is shown above); it’s much less prominent without them. And, beyond that, many potential “replacement” players from European leagues don’t seem thrilled about that idea:

3. “I wonder what the difference is. If NHL players are not going, why shall we go?” @Magnusnygrenn also wonders who represents the player’s view in all of this.

So we’ll see who winds up in this men’s hockey competition. And we’ll see what’s ahead for the Olympics as a whole, as the spread of the Omicron variant has raised a whole lot of further questions about the overall event. But it looks relatively clear now that NHL players won’t be there. And that’s notable for the Olympics, for NBC, and for the NHL.