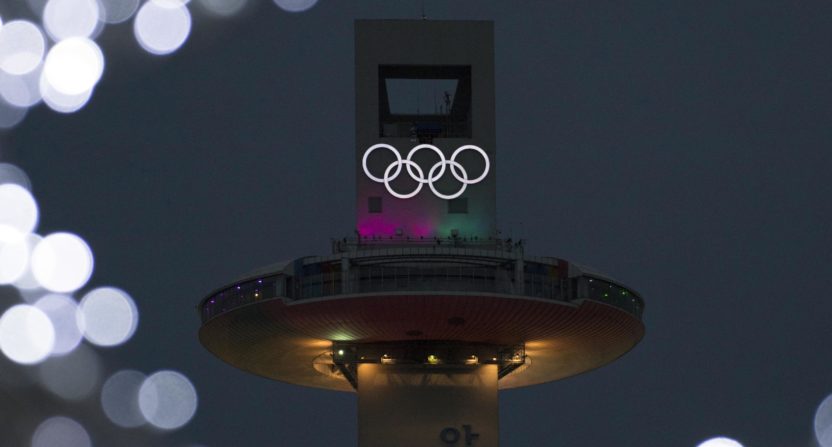 With the Winter Olympics already underway on Thursday, it’s only fair to rank all 15 sports that will be played over the next two weeks in PyeongChang, South Korea.

15. Cross Country Skiing: Here’s the thing about cross country skiing: it takes FOR-EV-ER to complete and it is incredibly boring. Back in 2010, the men’s 50km (31 miles) cross-country skiing event took 2:48 to complete. What makes this sport the worst among the 15 is that it is the dumbed down, less exciting, and slower version of four other events to be played in PyeongChang.

14. Nordic Combined: To be honest, if the Scandinavian countries don’t clean up at this event, they should be banished from the Olympics. After all, this sport gets its name from those countries, but that’s not the point here. The Nordic Combined should be ranked higher, but it isn’t because it is literally just a combination of other Winter Olympic events that *are* ranked higher.

The ultimate reason why this is ranked #13 is because I personally find the alpine skiing and freestyle skiing, both of which are basically advanced versions of this and contain jumping, much more exciting.

12. Speed Skating: Speed skating is awesome and that’s why the short track version of it is very high on this list. The long version of speed skating however isn’t nearly as exciting. Instead of having a group of people going around a very short track, this longer version has one or two going around a longer track, meaning fewer collisions and less tense finishes.

11. Luge: Why are we still playing a sport at the Olympics that resulted in an Olympian’s death in 2010? Luge can be cool on its own, but looks boring compared to skeleton and bobsleigh. Why would I want to watch the more boring version of two other sports?

10. Alpine Skiing: The top 10 was really hard for me because all of these sports could be in the top 5. Out of all of them, I decided I had to put alpine at #10 for one reason: there are too many damn versions of it. In total, 13 different events will be played under the alpine skiing category and some of them look vastly different from one another. So…what exactly is alpine skiing, then?

9. Curling: Don’t let anyone tell you curling is bad or boring. Play it once, like I did, and you’ll be hooked. LOOK AT THE INTENSITY, PEOPLE.

Also, any sport that takes a household chore such as sweeping and makes it competitive automatically makes it more exciting.

8. Ice Hockey: In any other year, ice hockey would be #1 or #2, but 2018 is different because the best hockey players in the world won’t be playing in South Korea this year. While another Miracle on Ice would be cool, the possibility that it happens is somewhere between slim and none.

7. Biathlon: You know when you do something for a really long time and then stop and try to focus on something incredibly minuscule? It’s really hard, right? Well try to ski a long distance, stop, and shoot a gun at a tiny target far away. That’s what the biathlon is.

This sport is so exciting because you could be the fastest skiier, but even if you get to the shooting portion first, it won’t matter. You also have to be able to control your heart rate and nerves more than in any other sport, so I have to give credit to these athletes.

Also, who the heck realizes that they are good at something like this?

6. Freestyle Skiing: Freestyle skiing! This is what I’m talking about! This sport is fantastic to watch because it’s basically every other skiing event but taken to another level. This combines the most exciting thing from each skiing event and improves it exponentially thanks to the tricks, speed, and jumping.

5. Snowboard: Shaun White is the best and one of the sole reasons that snowboarding is so high in these rankings. It seems like every time I see White, also known as “The Flying Tomato”, perform in one of these events, he unleashes a brand new trick that nobody else has ever done. How often does that happen in the other sports?

4. Skeleton: Take everything that is cool about luge and turn it upside down (in a good way). Skeleton is similar to luge, except instead of going feet first, these athletes go head first. Whenever I watch these athletes race, I genuinely wonder how crazy they are to be willing to do this.

If they slip and crash, the odds are their head will be the first point of impact. Also, watch them try and slow down: they get up off the sled and use their legs to try and slow down. If one of their legs snags on something, that limb is going to snap due to how fast they are going.

3. Figure Skating: No sport in the Olympics gets as feisty as this one does when it comes to judging. Also, name another sport where one athlete may have gotten a bodyguard to injure another athlete by smashing their leg with a tire iron? Outside of the drama, the sport is beautiful to watch

2. Bobsleigh: Bobsleigh is insane and pretty hard to compete in. Whether it’s the four-man, two-man, or single man bobsleigh, these athletes are essentially willing to drive mini cars on ice at incredibly fast speeds. One could question why the Skeleton or Luge isn’t higher than Bobsleigh on this list because of how they are more individual sports. My response is and always will be that Bobsleigh is better because they typically go much faster.

The event also includes feats of incredible athleticism, like skaters contorting themselves into ridiculous angles while also skating absurdly fast.

One of the greatest Winter Olympians in recent American memory competed in this sport.

This sport combines the best elements of so many different Winter Olympic sports into one: the riskiness of bobsleigh/skeleton/luge, the speed of long track speed skating, the crisp skating of ice hockey without pads, the skill of figure skating, and the focus of every sport played over the next two weeks.

Short track speed skating is the best, and it’s not even close.